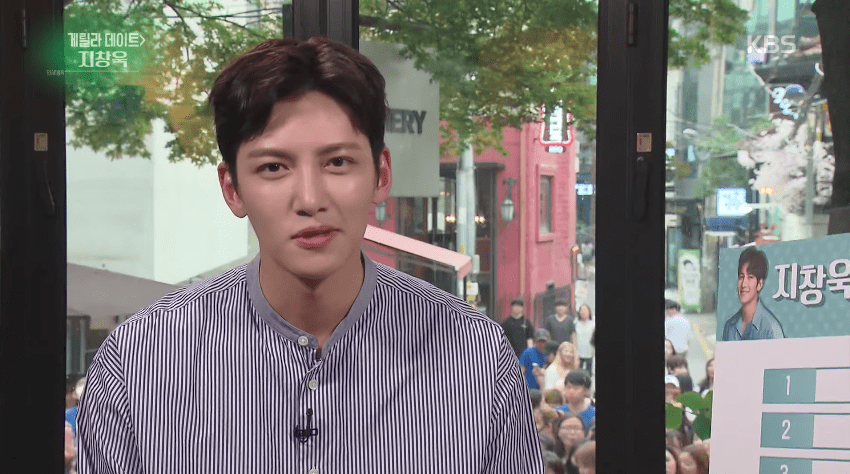 Ji Chang Wook recently appeared on the July 21 broadcast of KBS2’s “Entertainment Weekly,” where he greeted his fans through the “guerilla date” segment before sitting down for an interview.

His appearance in Hongdae caused the streets to clog up, as fans gathered to try and get a glimpse of the actor. As his enlistment date is coming up, Ji Chang Wook explained that he wanted to appear to greet fans in person before he goes to fulfill his military service. “Right now, I’m doing a lot in preparation so that I will be able to go and return in good health,” he shared.

During the interview, the actor answered a variety of questions, with one of them asking him to name his ideal type. Ji Chang Wook revealed, “I like a fun girl who I can communicate well with.”

He also reflected on how “Suspicious Partner” was his first romantic comedy, and his love of sports and saunas during the discussion.

Meanwhile, Ji Chang Wook will be meeting his fans once more at a concert on July 22, before enlisting on August 14.

Entertainment Weekly
Ji Chang Wook
How does this article make you feel?