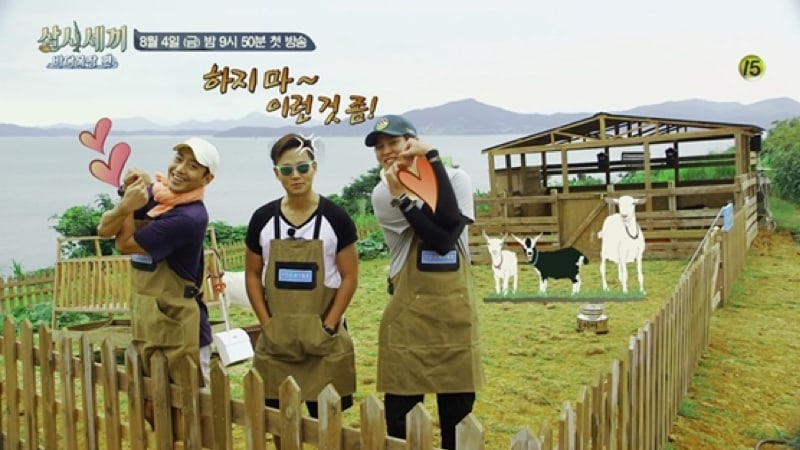 The latest season of tvN’s hit reality show, “Three Meals A Day,” is confirmed to make a comeback in August.

The fourth season will feature Lee Seo Jin, Eric, and Yoon Kyun Sang who will be traveling to a small island with a ranch. In the past, each member has contributed in different ways to the show. Lee Seo Jin proved his leadership abilities as the eldest of the three, and also took charge of the boat, which was even named after him. Eric showed off his excellent cooking skills and Yoon Kyun Sang got a lot of love for his optimism and ability to eat everything in sight.

Lee Jin Joo, who is the producer of the show, recently stated, “We returned happily from our first filming last week. We believe this season will be interesting because of the new location. It will be fun for viewers to see how the trio adjusts to life on the island.”