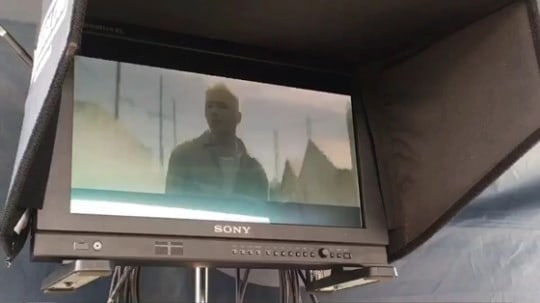 On July 22, YG Entertainment’s Yang Hyun Suk shared a video on his personal Instagram that gives fans a quick sneak peak at what BIGBANG’s Taeyang has in store for his upcoming solo comeback.

Earlier, it was revealed that Taeyang was working with new directors for his comeback MVs and also that he would have two title tracks, each with their own MV. Although it’s not clear what the MV is about, fans can hear a bit of the track faintly in the background. Plus, the MV was revealed to have been shot in LA and fans can see Taeyang sporting a new hair color for his comeback.

Anticipation is very high for the artist’s solo comeback, as it will be his first in three years since 2014’s “Rise.”