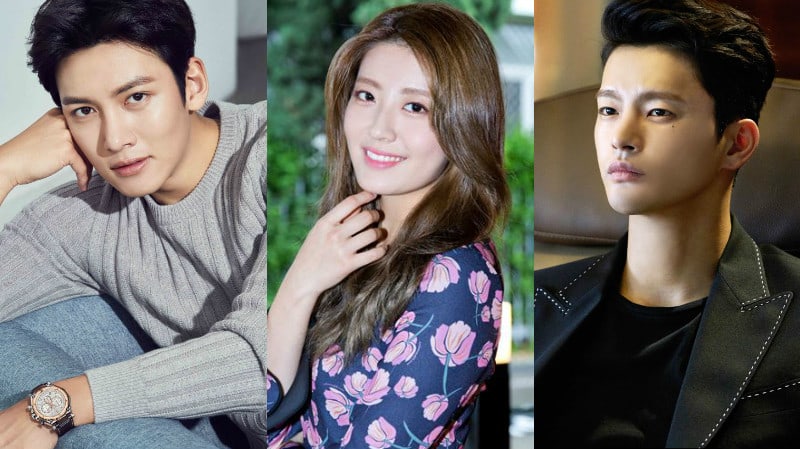 “From Seo In Guk to Ji Chang Wook, I’m a lucky woman.”

These are the words of Nam Ji Hyun, who worked with Seo In Guk in MBC’s “Shopping King Louie” and with Ji Chang Wook in SBS’s “Suspicious Partner.”

The two male actors are similar in many ways. They both have an impressive following of female fans, and they both decided to enlist in the army after their respective dramas with Nam Ji Hyun. Seo In Guk enlisted in March but was exempted from his duty after a medical reexamination diagnosed him with osteochondral lesions, and Ji Chang Wook will be enlisting on August 14 as an active-duty soldier.

Regarding this coincidence, Nam Ji Hyun said, It’s mysterious and surprising. After Seo In Guk, Ji Chang Wook is also enlisting after a project [with me]. It’s too surprising to be a coincidence.”

She continued, “On the last day of our shooting [for ‘Suspicious Partner’], Ji Chang Wook’s enlistment date was announced. The staff members made fun of him (laughs). At our wrap party we said we would go visit him at his army base, and he said ‘None of you should come.’ I’m going to ask him once again if he means it (laughs).

She then talked about the similarities between Seo In Guk and Ji Chang Wook, saying, “Both actors are considerate and playful. Thanks to that, we were able to quickly become close,” and compared, “Ji Chang Wook has deep and glittering eyes. He’s optimized for romance. Seo In Guk seems to know the kinds of moments that make women’s hearts skip a beat. His strength is that he knows how to use that when he’s acting.”

Through “Suspicious Partner,” Nam Ji Hyun shed her image as a child actor and pulled off a mature romance. She commented, “I don’t have much experience in romantic relationships, and I was worried because it was my first time doing a drama with so many romantic scenes. Thankfully, many people seem to see me as an adult [and not a child actor]. I think I’ve achieved my goal, so I’m proud and thankful.”

At the end of the interview, she said, “From now on, I will continue to show new sides to myself based on my previous experience. In my twenties, I will try to show as many different sides to myself as I can. I’m not sure what my next project will be yet.”