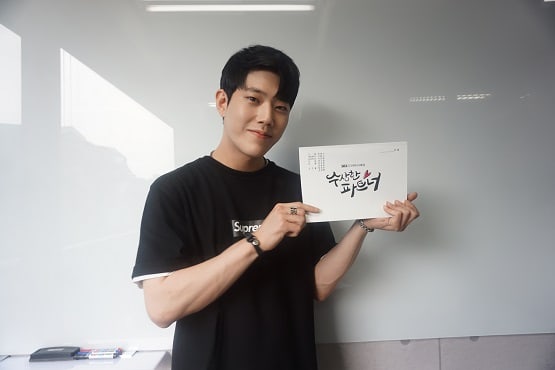 SBS’s “Suspicious Partner” was a drama that made actor Dong Ha truly shine.

Dong Ha played Jeong Hyun Soo, a serial killer who takes revenge on his friends who gang raped his first love. Many viewers were very impressed with the way he took on the role and became curious about this seemingly new actor.

Regarding his role as Jeong Hyun Soo, he said, “I was glad that there were positive reviews about my role even though I was a villain. I thought people would say mean things to me since the drama is a rom-com surrounding the sweet romance between the Ji-Bong couple, and I was an obstacle between their relationship. I thought I’d be hurt, but that wasn’t the case, and I’m glad.”

Dong Ha talked about the main leads of the drama, Ji Chang Wook and Nam Ji Hyun, saying, “We’ve never practiced the scenes together before going into shooting, but the actions and reactions still turned out nice. I think I did well thanks to the energy of those great actors. […] Ji Chang Wook especially has a great mindset. As someone who filmed with him for three months, I can say that he seems like a really good person. He’s handsome, good at acting, and is a really good person, so I’m jealous. He has everything.”

Interestingly, the actor had not been informed of the twist about his character until they were 10 episodes into filming the drama. He said, “In the beginning, I only knew that Hyun Soo had lost a woman he loved through a crime and went around killing people out of revenge. They didn’t tell me whether that woman was his first love, his sister, or someone else, and I only found out that I was one of the perpetrators after episode 10. I was really surprised too, but I couldn’t keep thinking about that. I knew about the twist, but it wasn’t time for me to show it in the drama yet, so I tried to put the thought aside when acting.

In a crucial scene that takes place at the court, No Ji Wook (Ji Chang Wook) pushes Jeong Hyun Soo (Dong Ha) over the edge and eventually makes him confess to the crime that he himself had forgotten about. Dong Ha stated, “When I received the lines for this scene, I didn’t think about the skill-related part of it at all. Obviously I had to memorize the lines, but because I was in the shoes of Jeong Hyun Soo, I believed that the reactions would come naturally if I listened to my co-star’s words carefully. I had to do it in two takes because I had a runny nose, but Ji Chang Wook did it all in one take.”

Because of his unfamiliar name, many people think Dong Ha is a rookie actor, but he is actually been in the industry for nine years. He debuted as Kim Hyung Gyu in 2008 through KBS2’s “The Accidental Couple” and later appeared in “Three Days,” “Glorious Day,” “Last,” “Glamorous Temptation,” “Beautiful Mind,” and “Chief Kim.” He changed his name to Dong Ha before appearing in “Beautiful Mind,” and engraved his new name in viewers’ minds through “Chief Kim.”

Asked if he’s ever come across a slump during his nine years of acting, he replied, “I’ve been asked that a lot, but I don’t know why people think that way. I’ve never been tired or in a slump, and I’m not even sure if I’ve made it big right now. I’ve always done what I wanted to do, so I was always happy. In the case of ‘Chief Kim’ and ‘Suspicious Partner,’ it’s just that the drama did well. I’m someone who feels joy from analyzing a character and acting it out, and I’ve only done my job as an actor. I’m just a little happier now because the dramas did well.”

Through these two dramas, Dong Ha has definitely became much more well-known. He’s thankful when people recognize him on the street and ask to take a picture with him, but he’s determined to stay grounded and avoid becoming conceited or arrogant. After taking a break to reorganize his thoughts, he will return with a new project. He said, “I will keep working hard so that people will think of me as a skilled actor. Becoming a good actor is my primary and final goal.”