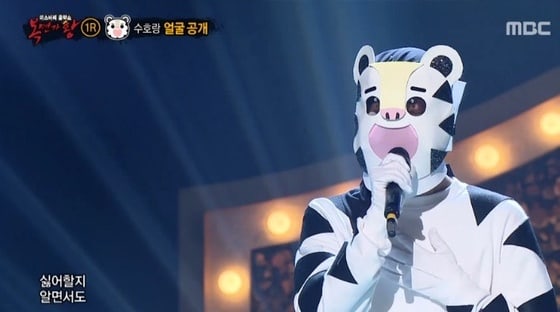 The identity of “Pick Me, Pyeongchang’s mascot Suhorang” on MBC’s “King of Masked Singer” was revealed to be one of the youngest members of a boy group who wowed everyone with his vocal talent.

The episode of MBC’s “King of Masked Singer” that aired on July 23 featured a battle between “You’ve Fallen For Me Bandabi” and “Pick Me, Pyeongchang’s mascot Suhorang,” and the duo sang Kim Namjoo and Yook Sungjae’s “Photograph.” Both singers showed off their clear vocal tones and created an energetic performance.

Both singers clearly wowed the audience, as the results were neck and neck. “Bandabi” won by a slim margin of 52 to 47, and moved on to the next round.

Performing 2AM’s “You Wouldn’t Answer My Calls,” “Suhorang” took off his mask to reveal that it was none other than UP10TION’s Hwanhee. 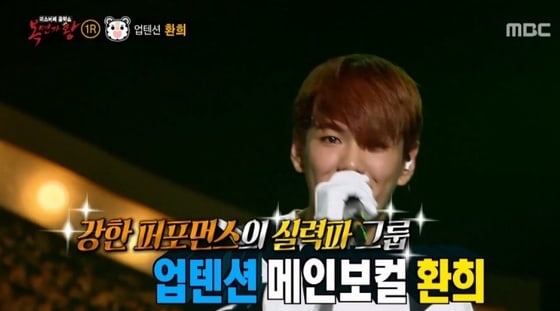 Born in 1998, Hwanhee is part of the team’s maknae line and the second member to appear on the show after Sunyoul, and they are both main vocalists in UP10TION.

On why he decided to appear on the show, Hwanhee said, “Although I’m sad to be leaving so soon, I’m satisfied because I did my best. I haven’t had many opportunities to sing by myself since making my debut. I haven’t had a chance to do that [sing by myself] in front of my parents. I hope people will now see that UP10TION’s Hwanhee can sing, and I can sing quite well.”

After the show, Hwanhee took to UP10TION’s Twitter account to share some behind-the-scenes photos of himself and wrote, “Did you enjoy Suhorang’s performance on ‘King of Masked Singer’? It was such a fun experience for me and Suhorang~ I hope to continue to sing great songs like today, please keep an eye on me. Thank you~ Roar!”

Check out Hwanhee’s performance, as well as many more, on the most recent episode of “King of Masked Singer” below!

UP10TION
Hwanhee
The King of Mask Singer
How does this article make you feel?