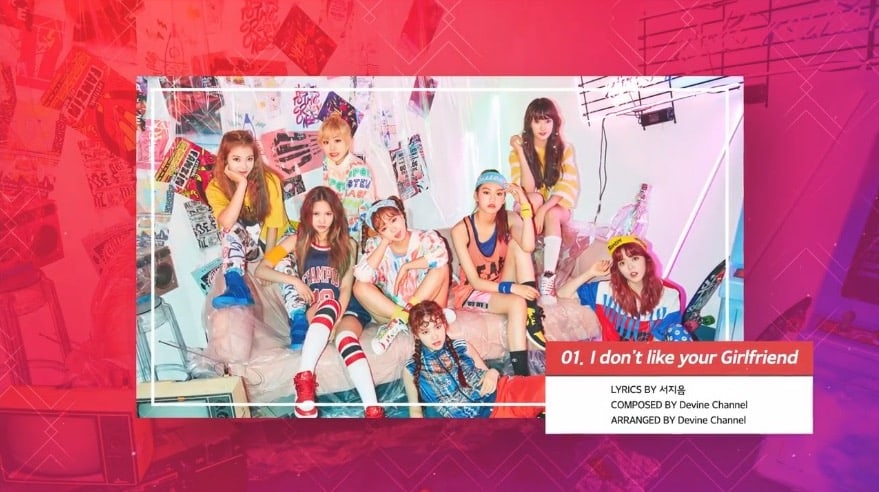 Weki Meki has released a preview of all the tracks on their debut mini album! Take a listen to their highlight medley here.

After releasing an MV teaser for their title track “I Don’t Like Your Girlfriend,” Weki Meki has shared a track list for their mini album “WEME”!

The track list reveals that their mini album will include six tracks in total, including an “i-Teen Girls Special” song “You” (tentative title). i-Teen Girls is the name for Fantagio’s group of female trainees, which previously included the members of Weki Meki.

Weki Meki has revealed a group photo as they gear up for their debut!

Weki Meki has now shared photos of each of the members in pairs!

The new Fantagio girl group will be making their debut in August. Check out their new teasers below. 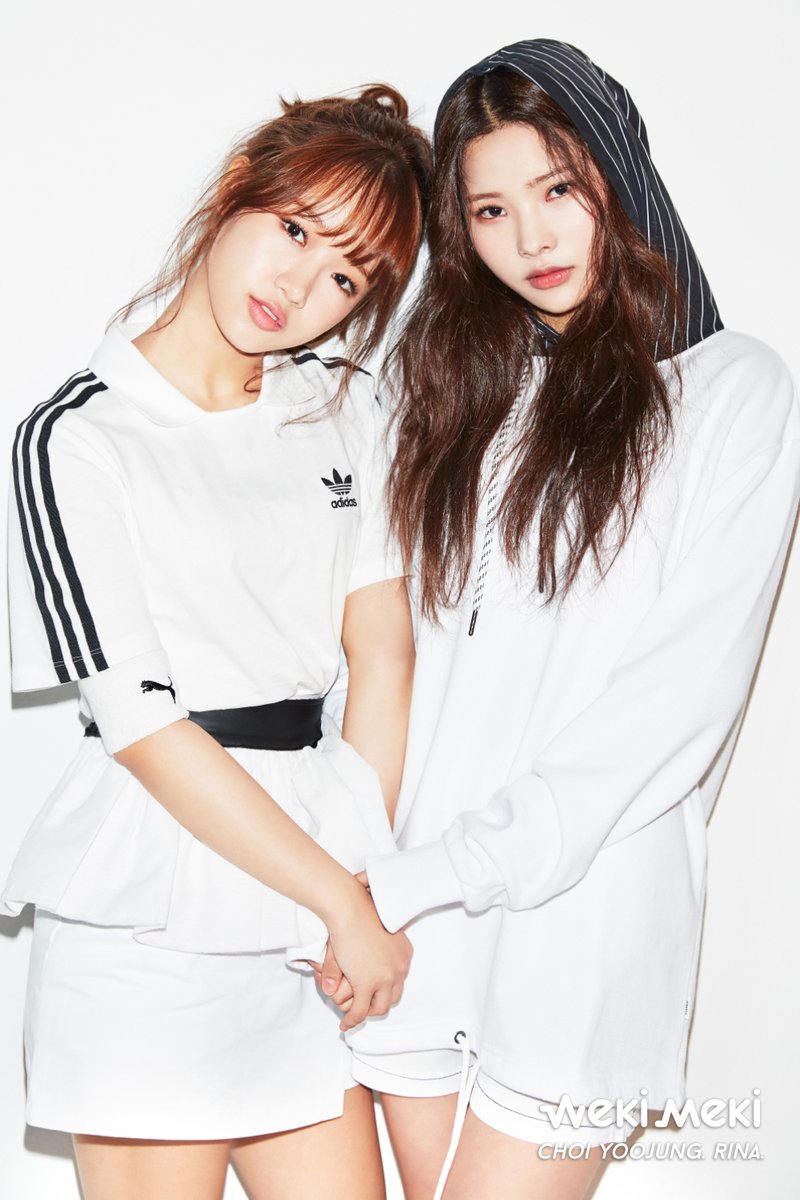 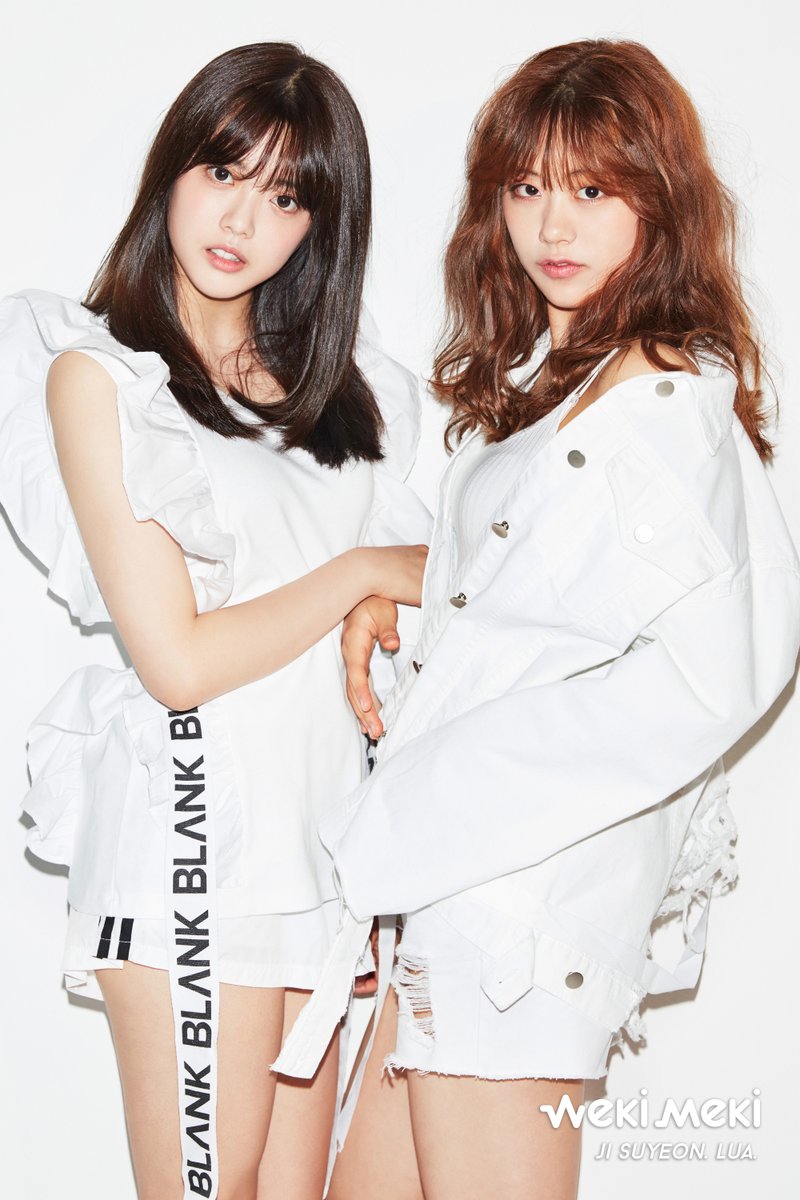 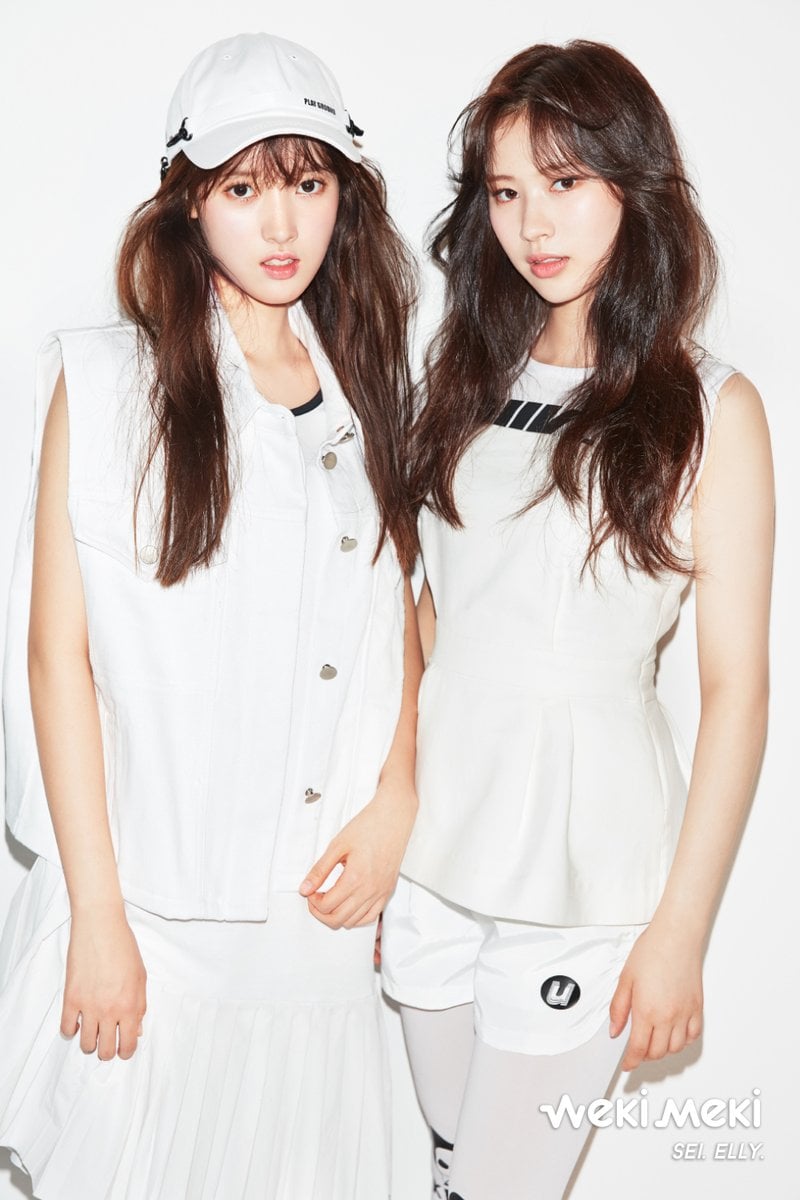 Lucy and Kim Do Yeon: 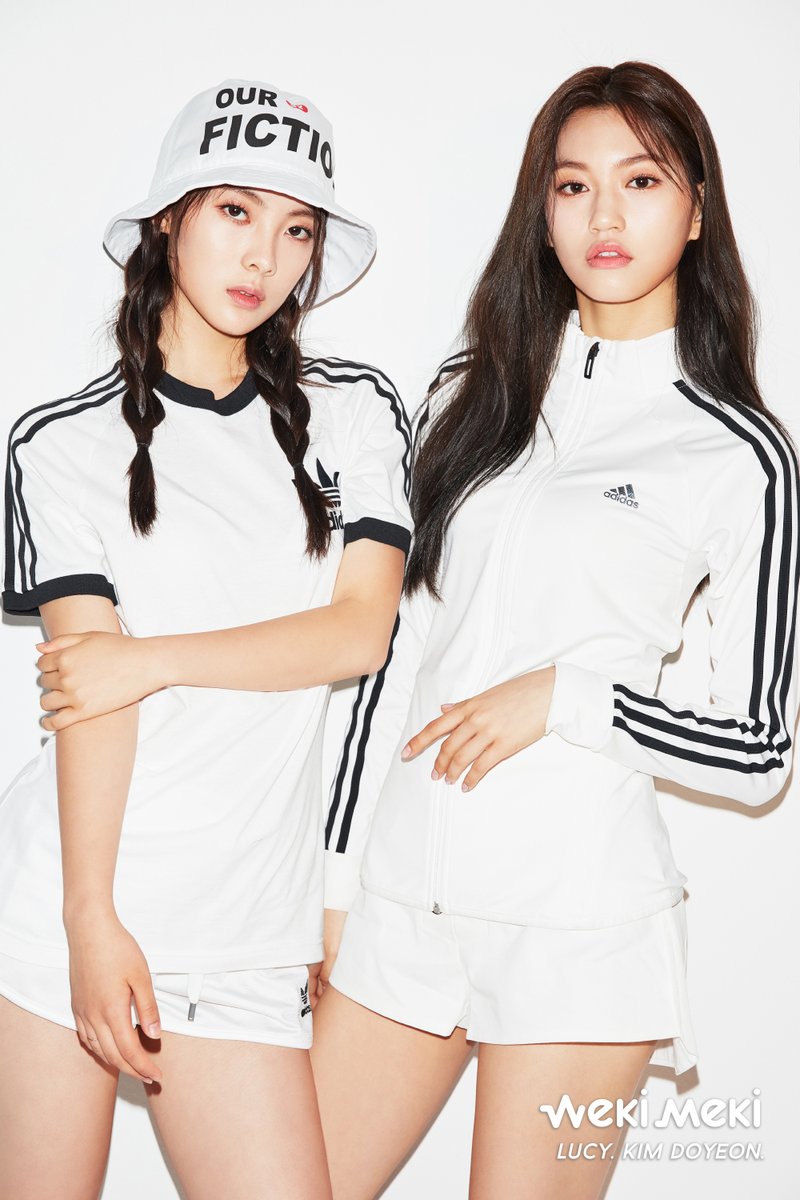 Fantagio’s upcoming girl group Weki Meki has shared a group shot to go with with their bright and fun individual photos! 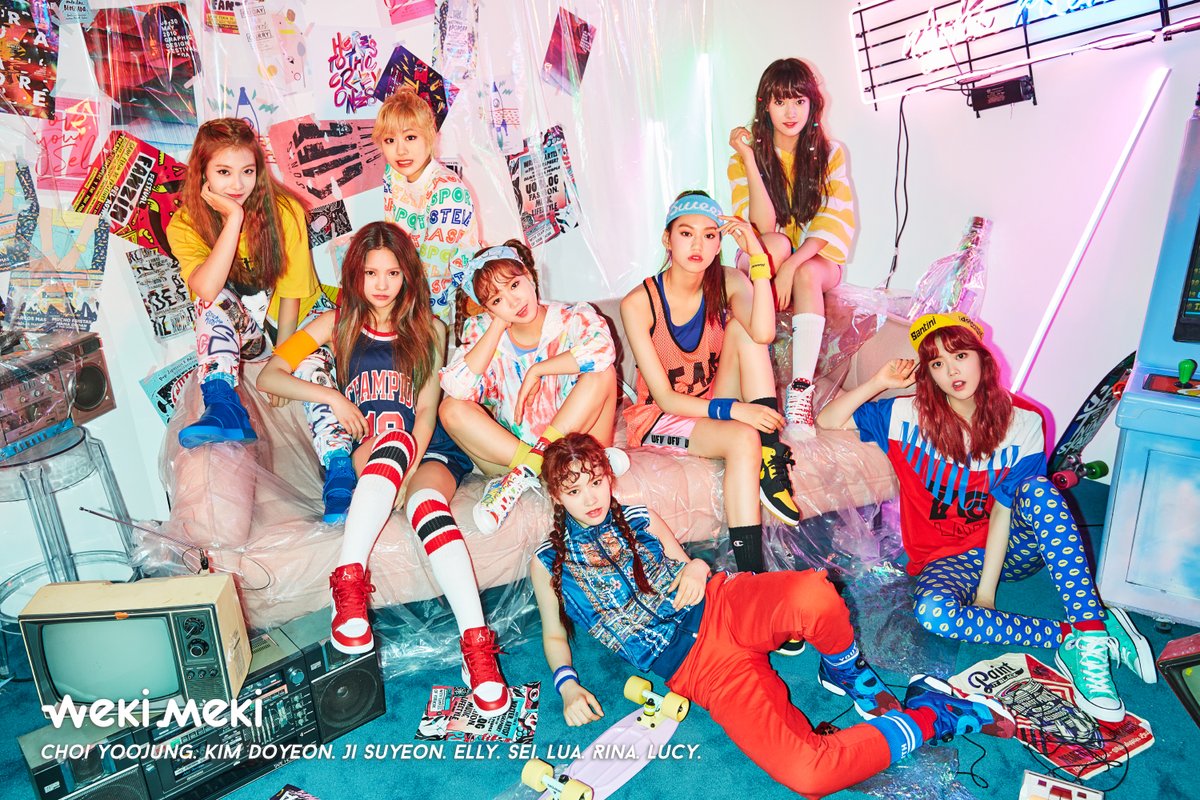 Weki Meki has shared their first ever teaser photos and some details about their debut release!

The new group features eight members including I.O.I’s Choi Yoojung and Kim Doyeon, as well as six of their fellow former trainees in the agency’s trainee group i-Teen Girls: Rina, Sei, Lua, Ji Soyeon, Lucy, and Elly. Each of the members were previously introduced via broadcasts on V Live.

On July 24 at midnight KST, Weki Meki shared their first individual teasers for their debut. The members are dressed in a colorful and eccentric concept, and are surrounded by plenty of retro paraphernalia. The overall vibe feels like a group of trendsetting teenagers hanging out on a lazy day.

It was also revealed via Weki Meki’s social media accounts that their first release will be a mini album entitled “WEME.” 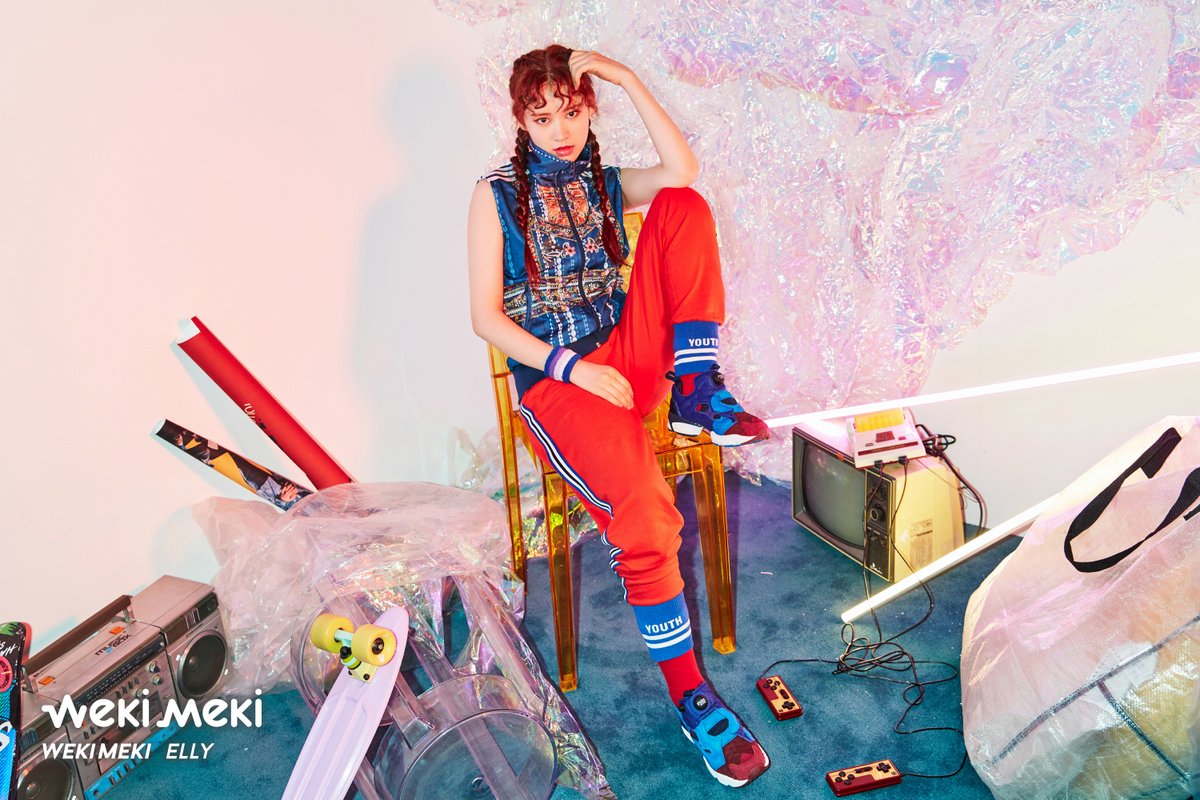 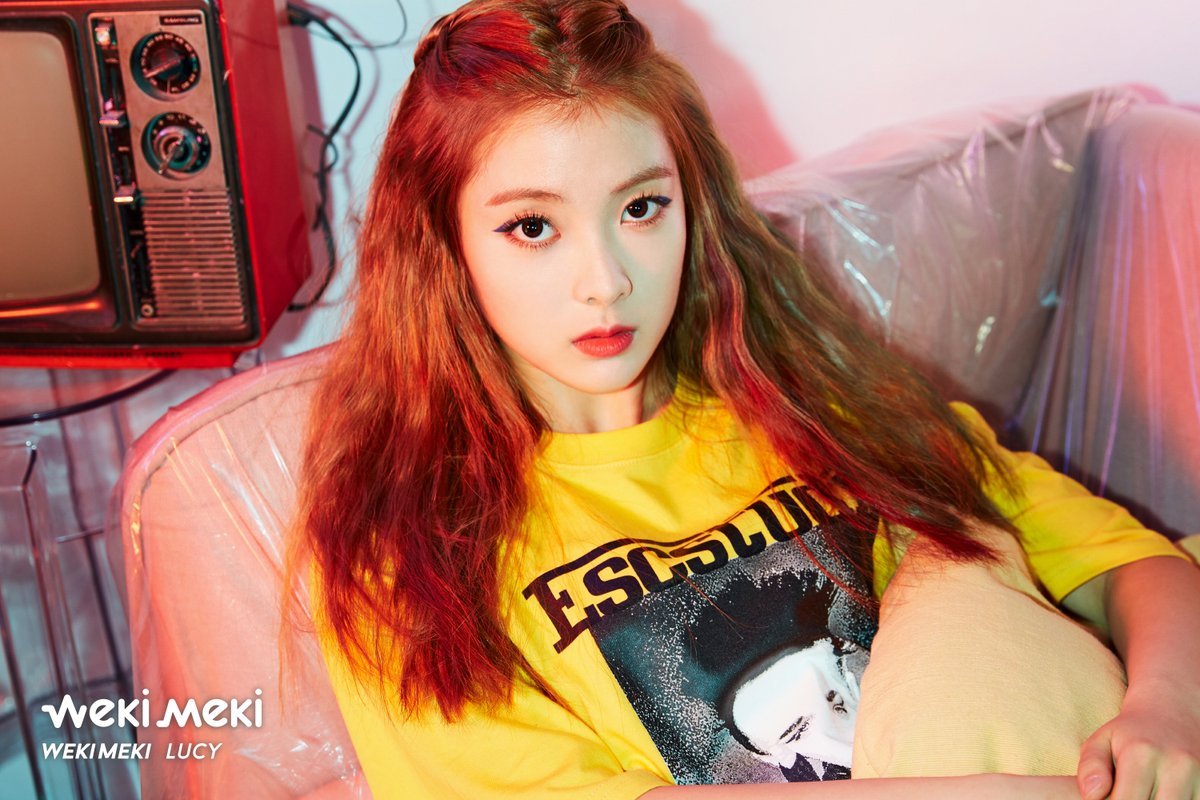 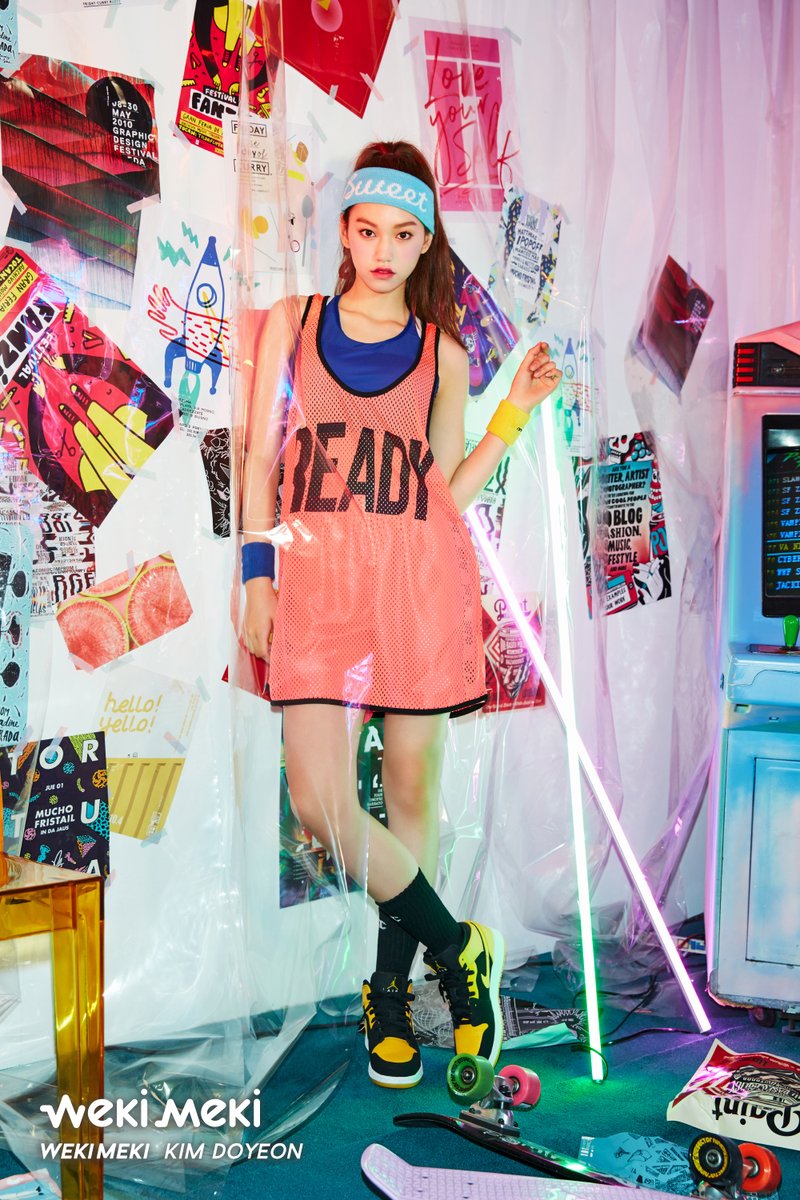 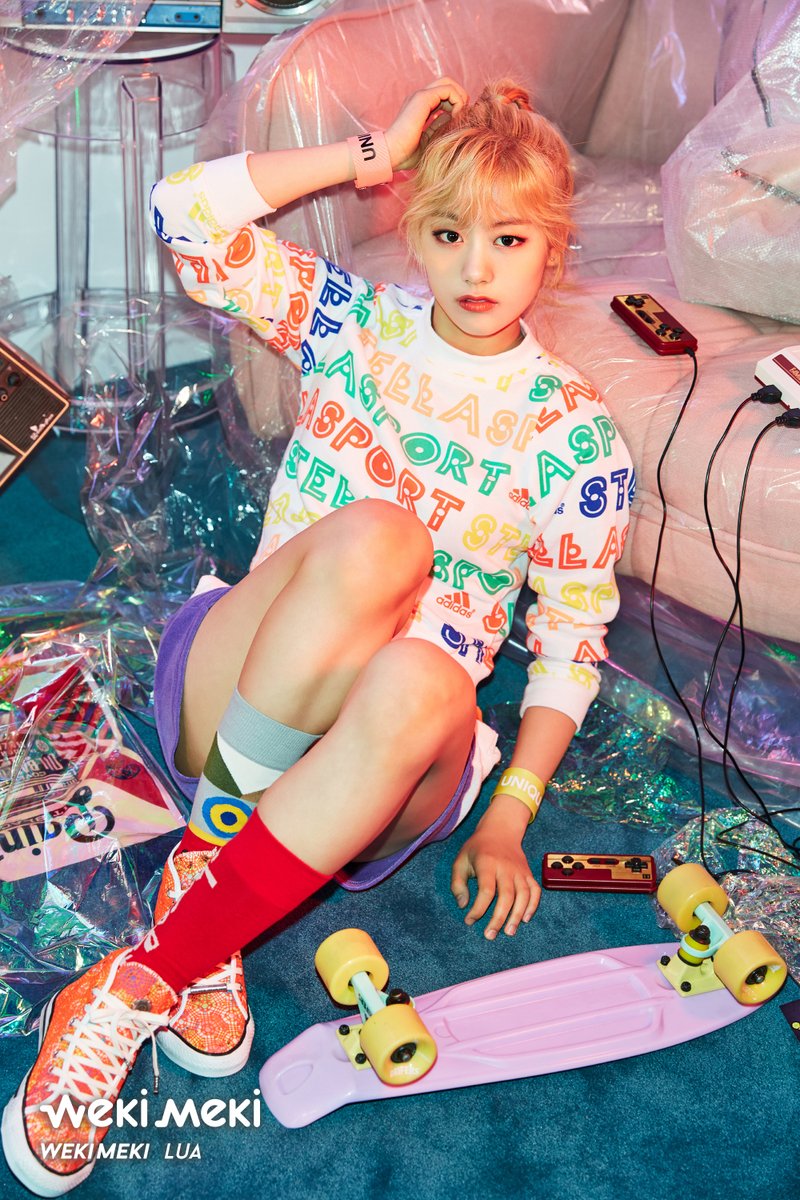 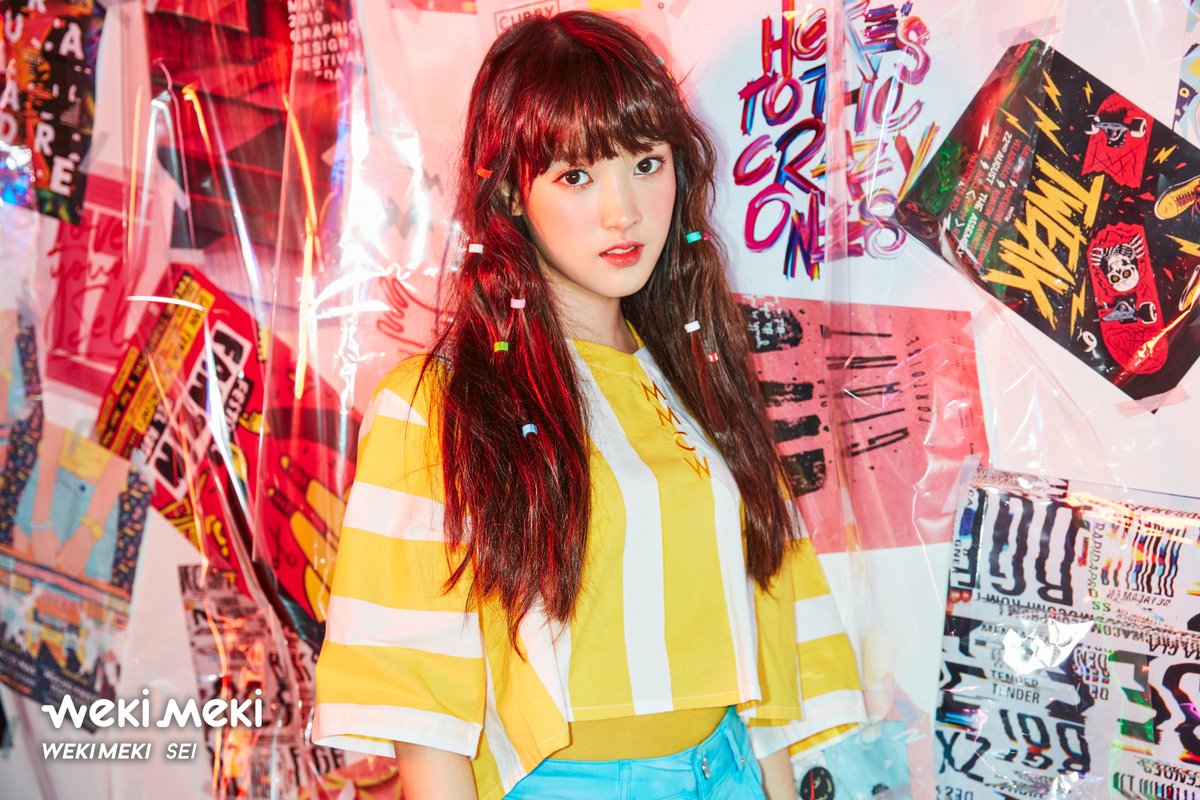 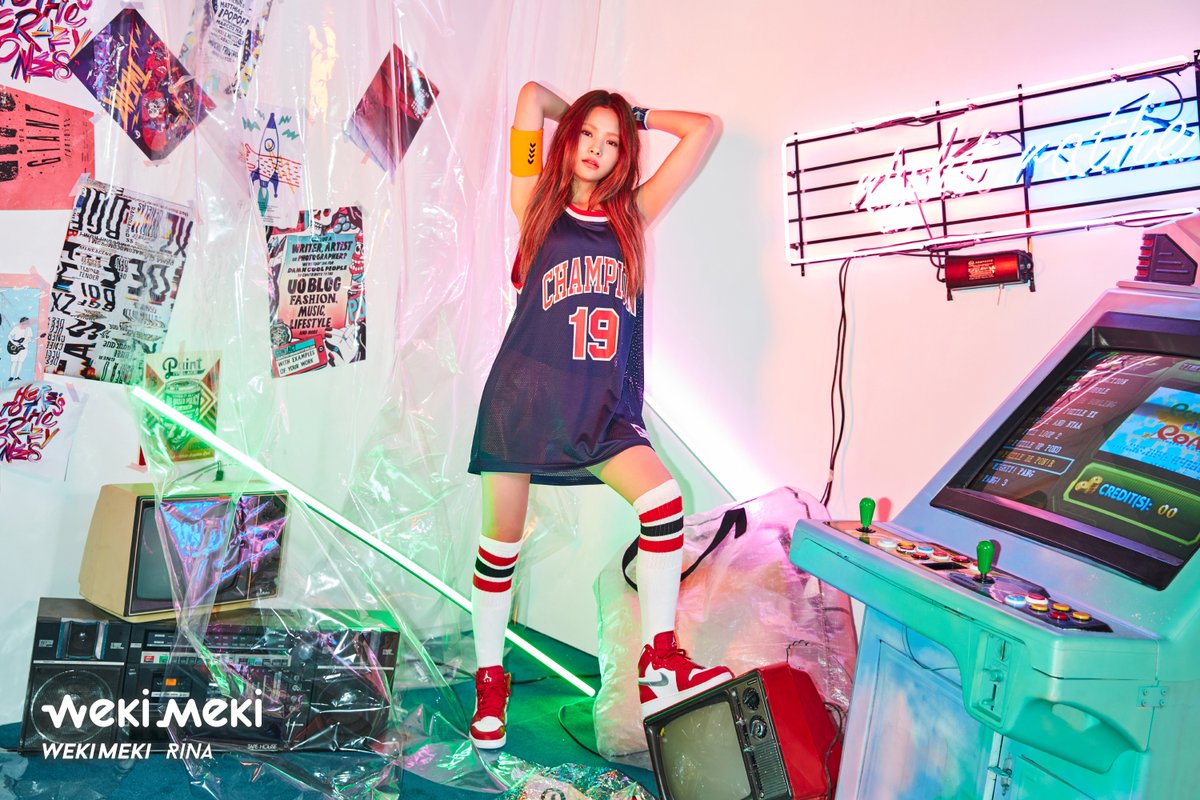 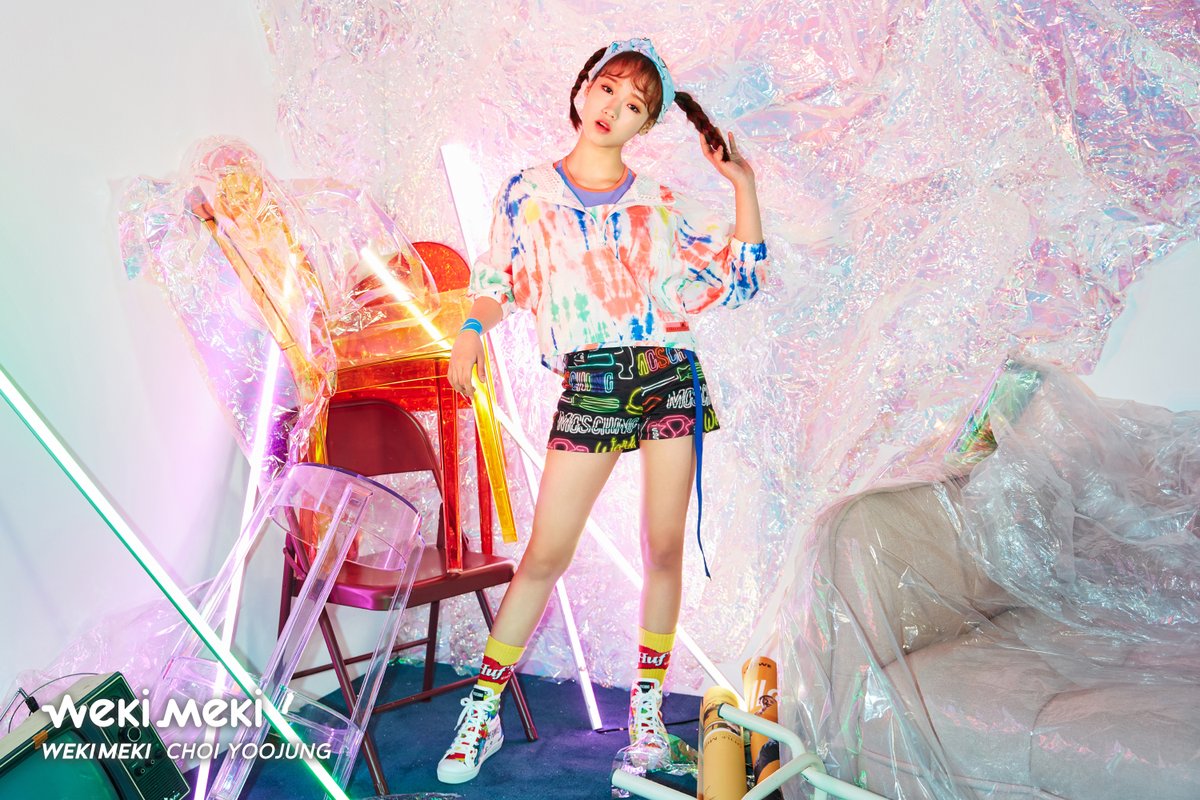 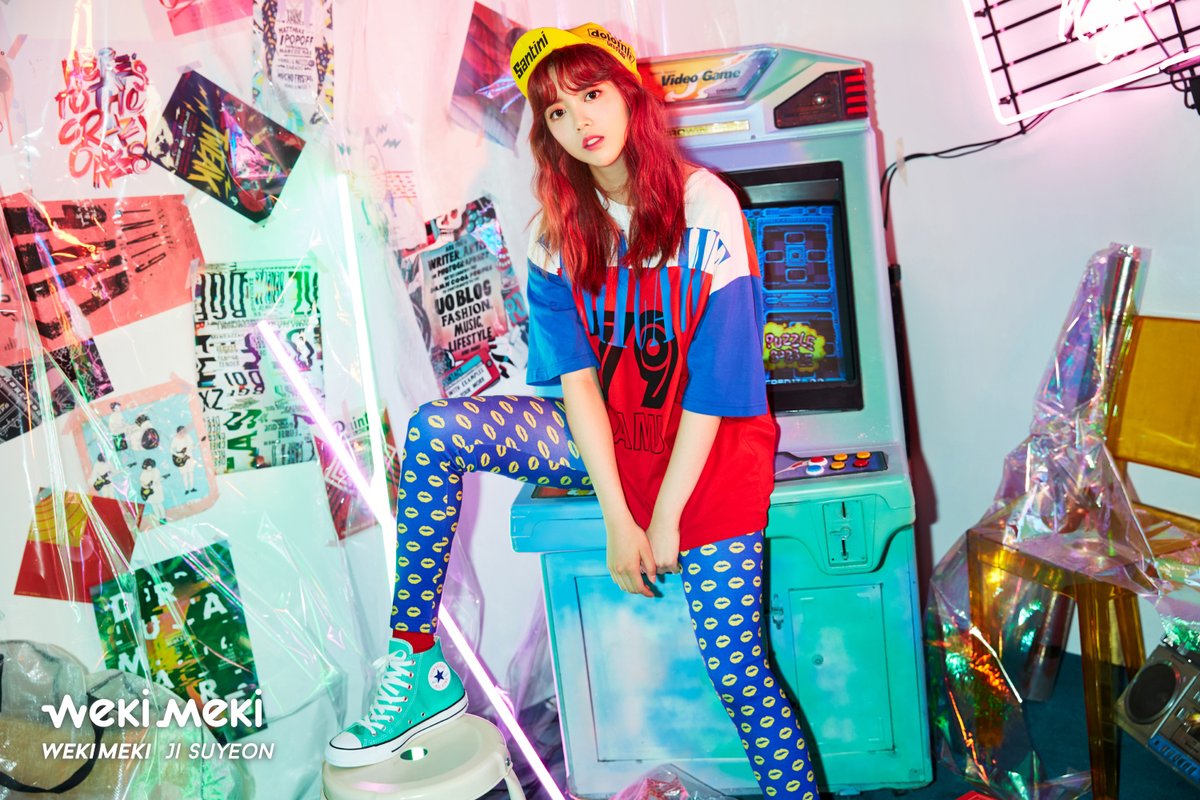 Weki Meki’s debut date is set for August 8. You can check out their newly-launched social media accounts here as we wait for their debut!