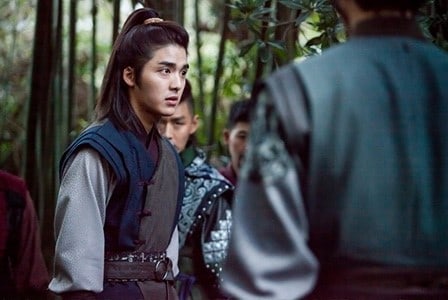 If you’ve been watching MBC’s “The King Loves,” you may have been curious about the identity of Im Siwan’s handsome bodyguard Jin Kwan. The role of this upright and earnest guard is played by rookie actor Jae Ho.

While “The King Loves” is his first Korean project, Jae Ho was originally discovered in China where he has played the lead in films and dramas. He has even appeared in Chinese beverage commercials.

Jae Ho shared through his agency, “Though it’s a little frustrating and embarrassing, please love and pay attention to Jin Kwan in ‘The King Loves,’ too.”

In the drama, Jin Kwan’s character will display a close, bromance-type friendship with his fellow bodyguard, Ki Do Hun’s Jang Eui, but also will show a shy side when he sees his crush Wang Dan, played by Park Hwan Hee.

Meanwhile, “The King Loves” airs every Monday and Tuesday. Watch it at Rakuten Viki!