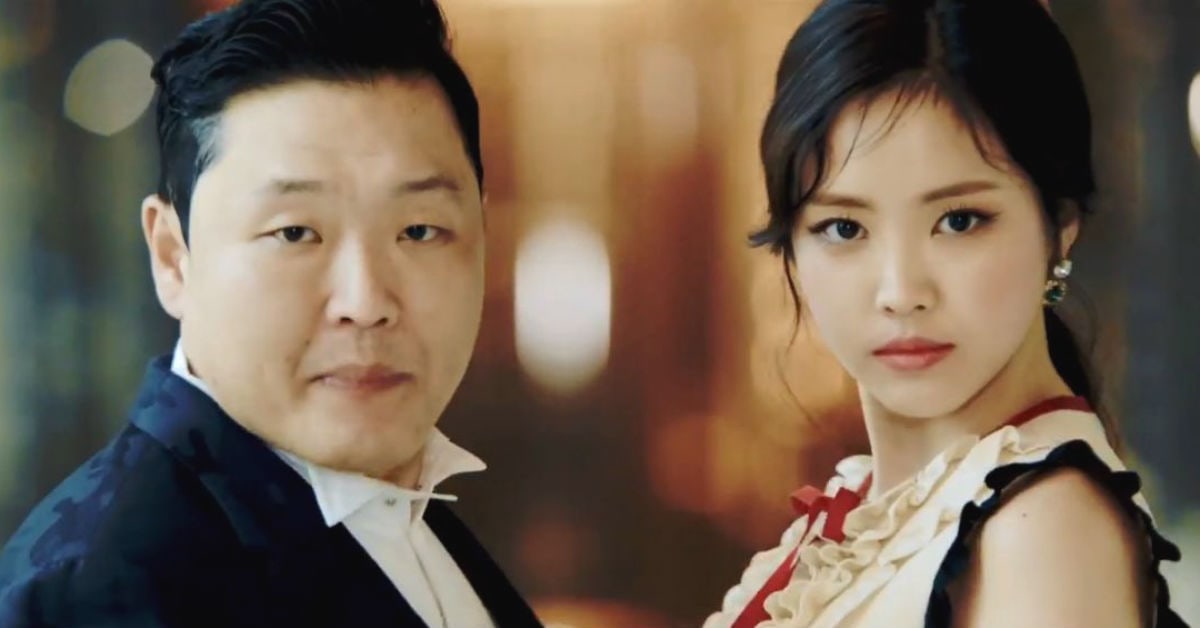 PSY revealed why he asked Apink’s Son Naeun to be in his “New Face” music video.

In a recent interview, PSY said, “There’s really no behind story at all about how I casted Son Naeun. I just thought that it would be pretty if she were in the ‘New Face’ music video, so I called and asked her. I wanted to cast someone who wasn’t a rookie, but had a prominently lovely image.”

He added, “I asked a friend, and he said that Naeun had a fun side to her that you wouldn’t realize. I thought that would be a good thing for ‘New Face.’ I thought that the public would easily think of her as a ‘New Face.’ I wanted to make it a win-win situation by showing sides of her that weren’t exposed before.”

PSY also congratulated Apink on their successful comeback. The singer commented, “I’m glad that Apink made a comeback and did really well. I’m also grateful that [Son Naeun] danced more to ‘New Face’ than to her own new song. Every time she goes on a show, I ask her to dance to ‘New Face,’ and I ask the MCs on the show to tell her to do so as well.”

Do you think Son Naeun was a good choice for the music video?

Apink
PSY
Son Naeun
How does this article make you feel?