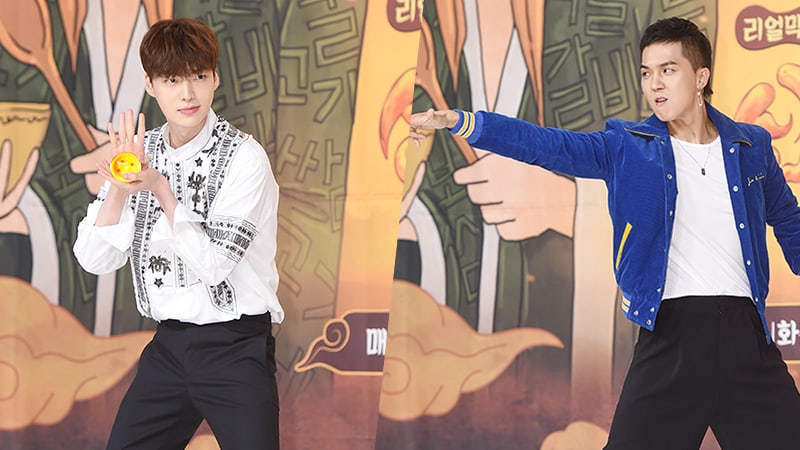 WINNER’s Song Mino is the center of a great deal of love and interest because of his role in the latest season of “Journey to the West.”

Through the program, WINNER’s Song Mino shows off a more ditzy, innocent, and clueless image that has made him a popular and imperative figure on the show. PD Shin Hyo Jung of “Journey to the West” said, “There is much more to Song Mino than meets the eye. He truly accepts everything as it is presented with a child-like innocence and doesn’t think about how he can appear more clueless on the show. He just truly is that innocent and his wide range of facial expressions causes many viewers to laugh.”

She continued, “However, in his own field, he’s very different. In terms of music, he isn’t dumb or clueless and is very sincere…He’s someone who is more and more charming the more you get to know him.”

The PD then explained, “Song Mino’s significant presence on the show was made possible largely because of Ahn Jae Hyun’s considerate nature. Ahn Jae Hyun could definitely have had a more prominent role if he wanted to but did not attempt to. A balanced chemistry between the six members is very important and Ahn Jae Hyun took on a neutral role [for that balance]. Had he not made that sacrifice, the show would not be funny nor entertaining.”

She expressed her thanks to Ahn Jae Hyun and said, “I am both thankful and sorry to Ahn Jae Hyun. I am grateful that his efforts result in hilarity and entertainment. I’m sure that Song Mino and Kyuhyun are well aware of his efforts as well.”

Meanwhile, WINNER will be making a comeback soon with their new album “Our Twenty For,” which will be released on August 4 at 4 p.m. KST.