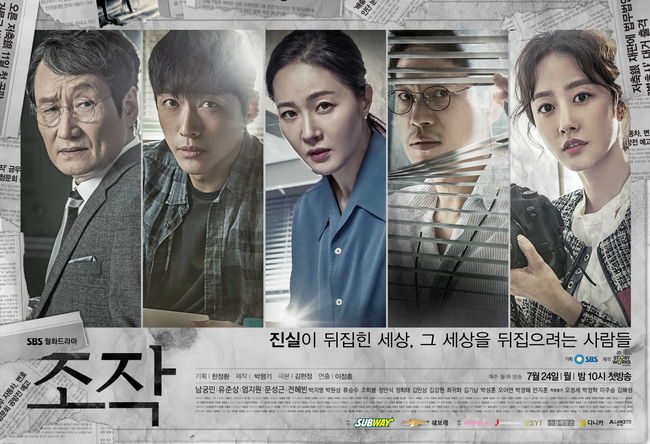 First Impressions: “Distorted” Is A Thrilling War Of Integrity And Corruption

Browse through your Facebook newsfeed, and chances are, you will see some fake news. These news site links can be easily shared, or worse, people will read only the sensationalized, clickbait — sometimes outright false — headlines and will not bother examining the details. It’s the two-fold power of any kind of media (print, TV, or digital): to tell the truth, or distort it. And whatever the result of the distortion is, it has the power to change the reader’s perception. In “Distorted,” journalistic and political integrity are tested as several power players have something big at stake. 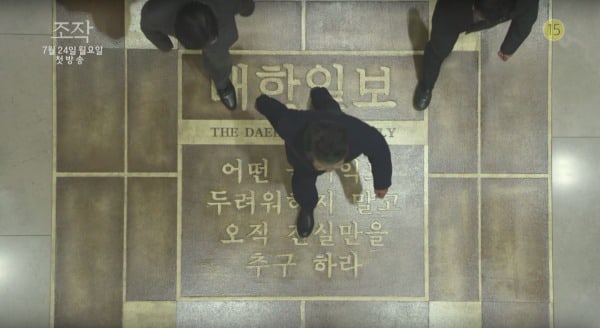 The director is shown stepping on an inscription on the floor of Daeha News Organization, which has the company’s vision: “Don’t be afraid of any loss; only pursue the truth.” Cue foreboding music here.

The story begins in a dark setting where two men, journalist Han Moo Young (Namgoong Min) and high ranking police officer Jeon Chan Soo (Jung Man Sik), are engaged in a sketchy phone conversation. It turns out that the police officer has tipped Moo Young about a notorious gang that uses a business as a front for their human trafficking scheme. Moo Young, who describes himself as a “media jackal” with a dark past, then goes undercover to expose the gang and save the women who were being sold into prostitution.

But there’s something else that Moo Young wants to find: a man who has a distinct circular-patterned tattoo. He claims that the leader of the gang is associated with this man — the man who he suspects is responsible for the death of his older brother. He doesn’t know his name nor has he seen the face of this man, and his only clue is the tattoo.

Kwon Sora (played by Uhm Ji Won), the prosecutor in charge of the human trafficking case, comes to the warehouse where the gang houses the girls. She discovers that Moo Young (whom she has yet to identify) is responsible for discovering the criminals’ activities, and leads the police to arrest the gang. 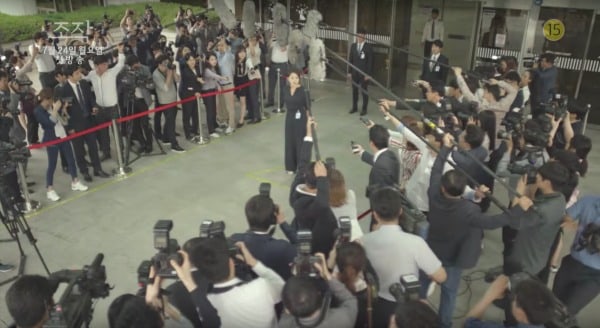 Meanwhile, a big corruption scandal — involving murder and bribery — is unfolding, with different groups that all have their own motives. A politician who was implicated in the scandal holds a list of names and groups involved, which includes the police, a big newspaper company, conglomerates, and of course, politicians. From all sides, the guilty devise a complicated web of lies intended to distract the public from the truth, to be stopped at nothing to prevent themselves from being exposed.

Moo Young, Kwon Sora, and journalist Lee Suk Min will be caught in the middle of this scandal as they are faced with challenges to uphold the truth. 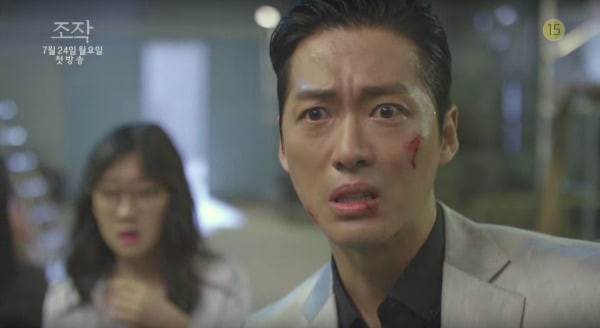 Namgoong Min has been serving some serious leading man works as of late, and after his successful stint as a bubbly, Robin Hood-type role in “Chief Kim” and in “Dear Fair Lady Kong Shim,” many viewers now associate him with his funny characters. In “Distorted,” he will explore a more intense, serious role as Moo Young, an Olympic gold-medalist judo athlete whose reputation got tarnished. The reason for his crossover to being a crime-busting bandit is his older brother, who was a journalist himself. His brother was doing an investigation and was about to write a news article that would’ve changed everything. Enter the man with the tattoo, who is now the target of Moo Young’s desperate search. This leaves us with so many questions: What caused the change in Moo Young from being a well-loved athlete to being the nations most-hated person? Who is he looking for? 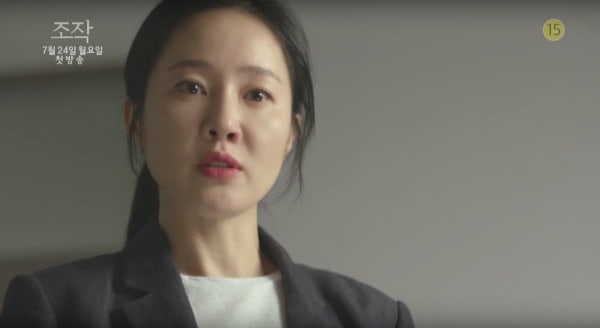 Uhm Ji Won as a femme fatale prosecutor known for her “wits and bad attitude” brings a fresh presence to the screen. Her last drama, “The Woman Who Married Three Times,” was shown back in 2013, and she has appeared in several films ever since (“Missing” being one of her most acclaimed films). Her character is one of those last remaining respectable and upright prosecutors who have the responsibility of choosing who or what to believe when it comes to an important investigation: a journalist or her own instincts? 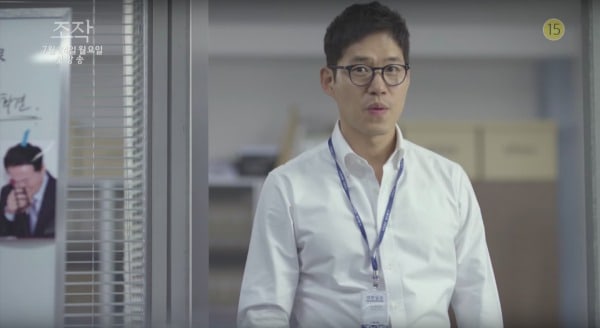 Yoo Joon Sang plays the role of Lee Suk Min, a senior journalist from a credible newspaper who is at the cusp of taking over a team of other journalists as chief. He has key information that could point out the culprits of the corruption scandal, but he hits a wall when his news organization’s credibility is called into question. 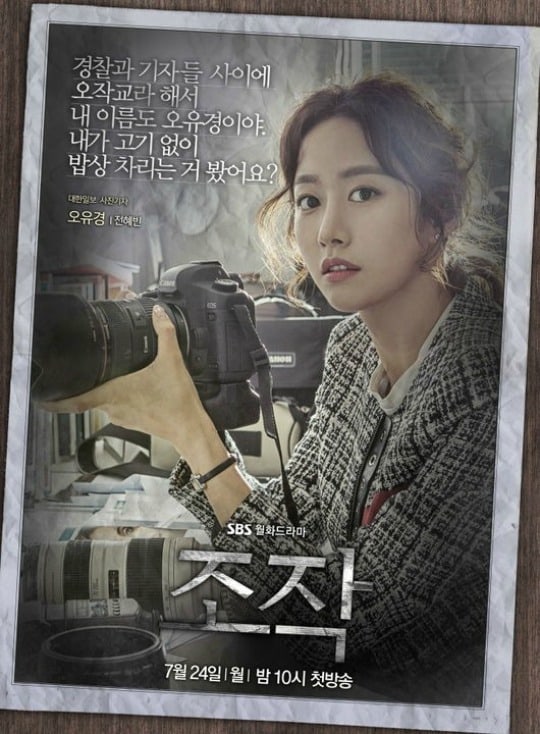 Jeon Hye Bin is cast as Oh Yoo Kyung, a photo journalist who’s a member of the so-called “Splash Team.” She’s billed as one of the main characters, but she has yet to be shown in the pilot. Her personality is a fierce, go-getting photographer who will help Lee Suk Min search for the truth before time runs out (or before any of them gets killed). 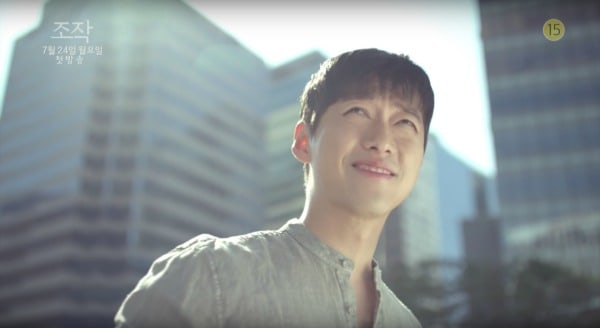 It was reported that the writers of this drama are relatively new. But with a solid cast like this, it must mean that the script and their plot are really good, as it was able to reign in these actors. It’s too early to tell, but the first two episodes are solid. It’s not the kind of drama where you can just leave it on in the background while doing other things. It needs your full attention, lest you miss an important detail or get confused who’s who.

And if you’re wondering what to do with your life after “Suspicious Partner” and “Fight My Way” ended, this drama could bring something different to your watch list. Aside from the main cast, there are other interesting characters that will make you want to watch for more. It will pick at your brain and give you thrills. But more importantly, perhaps it will teach you to have a more discerning mind the next time you read the news.