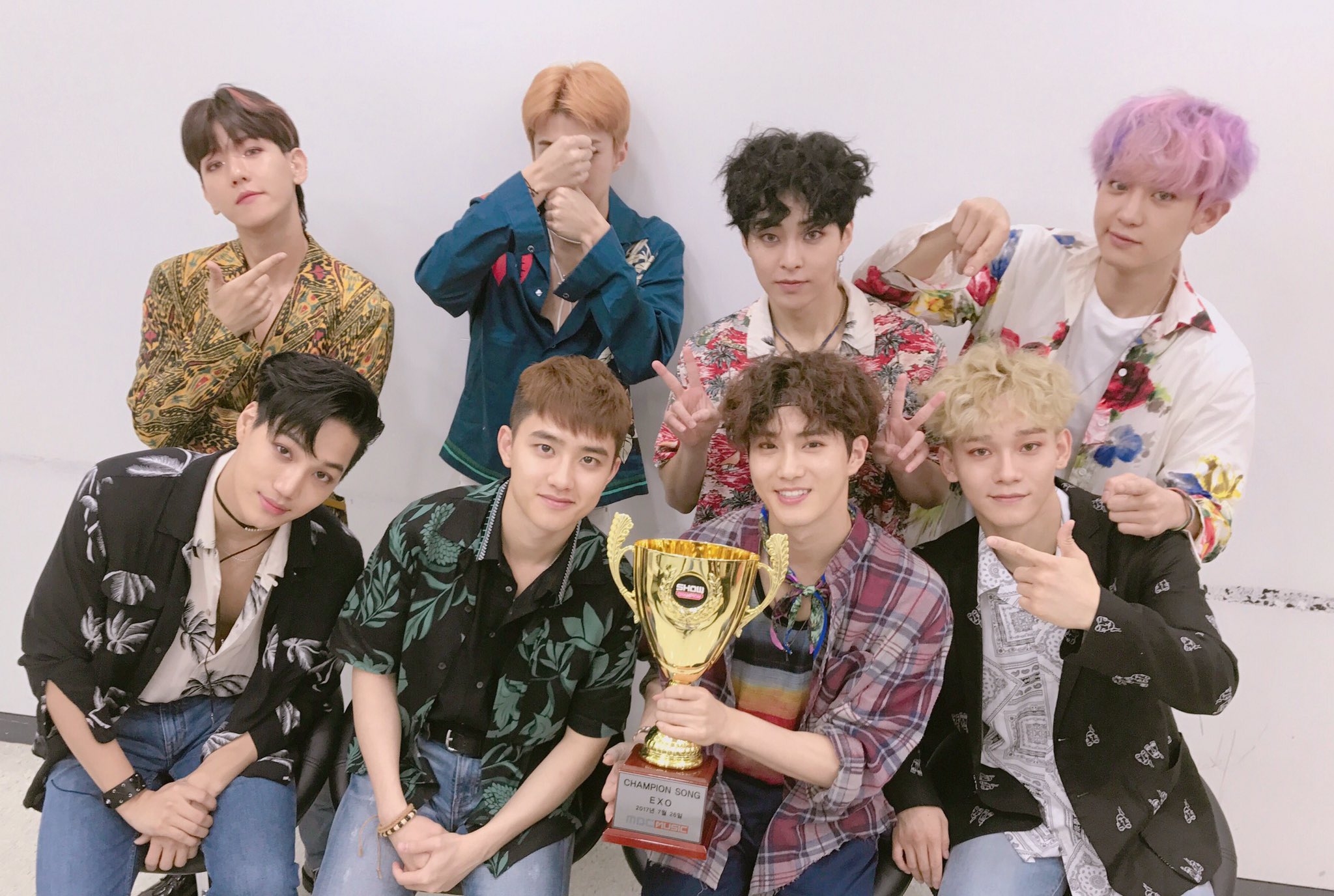 EXO has grabbed their first win for “Ko Ko Bop”!

EXO took the win, but was unfortunately unable to attend the ending of the show as they had to head to Japan for the upcoming SMTOWN concerts. In a video aired at the end of “Show Champion,” the guys said it was a shame they couldn’t be there, but promised to show fans great performances and music in return for all their love.

They also posted a photo on Instagram and thanked fans for their first win in the caption.

Watch their performance of “Ko Ko Bop” and video to thank fans below!

In this week’s episode of “Show Champion,” KARD also made their debut on the show with their tracks “Oh NaNa” and “Hola Hola.”

LABOUM made a comeback with their new track “only u”!

Other performances in this episode were by 14U, Badkiz, FAVORITE, HALO, HOTSHOT, INA, Jung Yong Hwa, kissN, KNK, Limesoda, Park Bo Ram, P.O.P, SNUPER, and VOISPER. Watch some of them below!