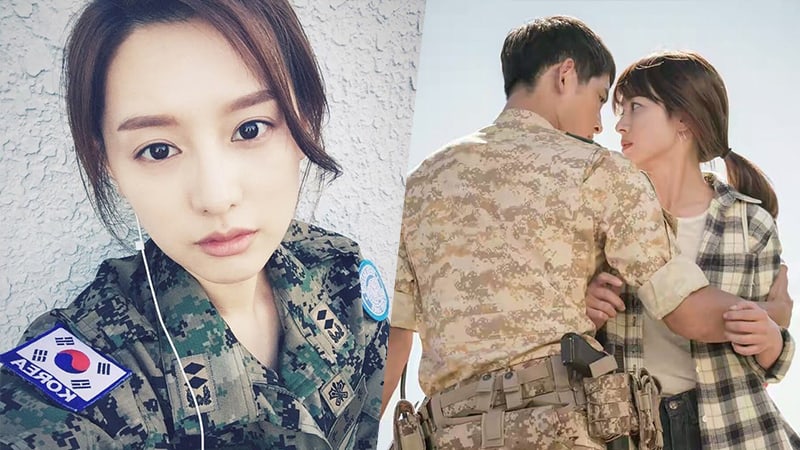 Actress Kim Ji Won sat down for an interview on July 27 and congratulated her “Descendants of the Sun” co-stars Song Joong Ki and Song Hye Kyo for their marriage announcement.

When asked if she knew about the marriage plans before the official announcement, she said, “I found out through reading a news article,” and could not hide her excitement for the couple. She continued, “I was the youngest cast member on that show, and I was so absorbed in my role and duties that I didn’t notice that they were dating.”

Kim Ji Won also revealed that she has yet to send her congratulatory message to the couple: “I really want to congratulate them. Meeting someone you love and spending the rest of your life with them is such a happy thought. I am very envious.” The actress also stated, “I have yet to even consider falling in love on set, but I guess the possibility is always out there.”

See Also: Kim Ji Won Talks About Kiss Scenes With Park Seo Joon And Difference Between Him And Jin Goo

Relive “Descendants of the Sun” on Rakuten Viki!