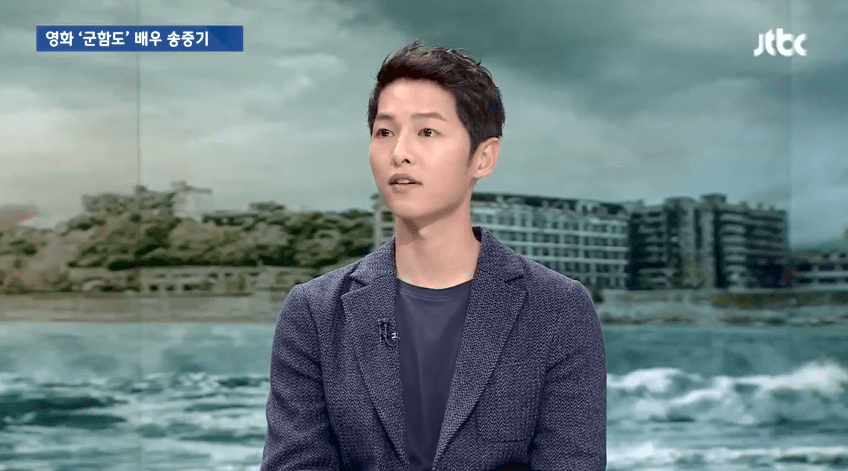 On July 27, Song Joong Ki appeared for an interview on the “Cultural Invitation” segment of JTBC’s “Newsroom” and talked about how he had felt during a year of experiencing mega popularity.

Prior to the interview, the actor had disclosed that he felt like he had grown from a child to an adult while being in the spotlight over the past year.

In reference to his statement, anchor Sohn Suk Hee asked, “How does it feel to be an adult?” Song Joong Ki answered, “I don’t think I’m an adult yet. I think I’m still in the process of becoming one.” 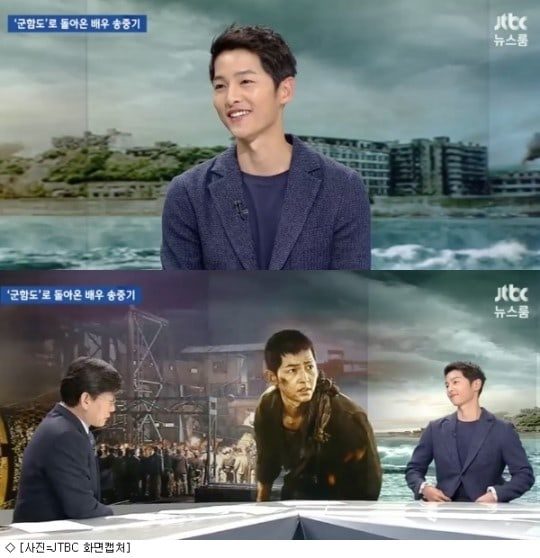 Song Joong Ki went on to reveal, “Since I have two big events happening this year, I think I’m spending the best summer so far,” and endearingly explained, “My movie has already been released, and the other event is my wedding.”

The actor also shared why he wanted to recommend the theme song for film “The Umbrellas of Cherbourg” as the ending song for the show, and why it took him two days to decide.

He said, “I watched the movie a few months ago. It’s an old movie. I thought it was an incredibly good film and the music didn’t leave my mind.” He then went on to express his affection for fiancé Song Hye Kyo by adding, “Truthfully, it took a long time to make [my choice] since it’s also a song that my fiancé likes.”

Song Joong Ki
Newsroom
How does this article make you feel?