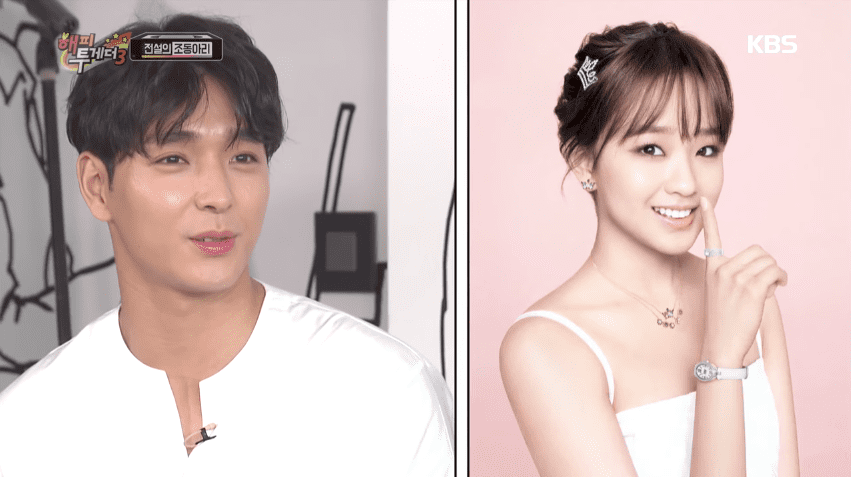 When FTISLAND’s Choi Jong Hun and Lee Hong Ki made an appearance on the July 27 episode of “Happy Together,” no one was probably expecting to hear this much about Choi Jong Hun’s relationship!

Just last month, the idol confirmed that he and rhythmic gymnast Son Yeon Jae were dating, after an initial report from Dispatch.

When host Yoo Jae Suk questioned if it was alright for him to come out on broadcast, Choi Jong Hun easily replied, “It’s not a problem even if I appear. It’s not as if I committed a crime.” He joked that many people would see that he did, since he’s now the envy of many men.

As the conversation continued, the idol shared that he and Son Yeon Jae have now been dating for around five months. When asked, Lee Hong Ki revealed, “I really didn’t know a lot about this. I did meet her once, over a meal.” 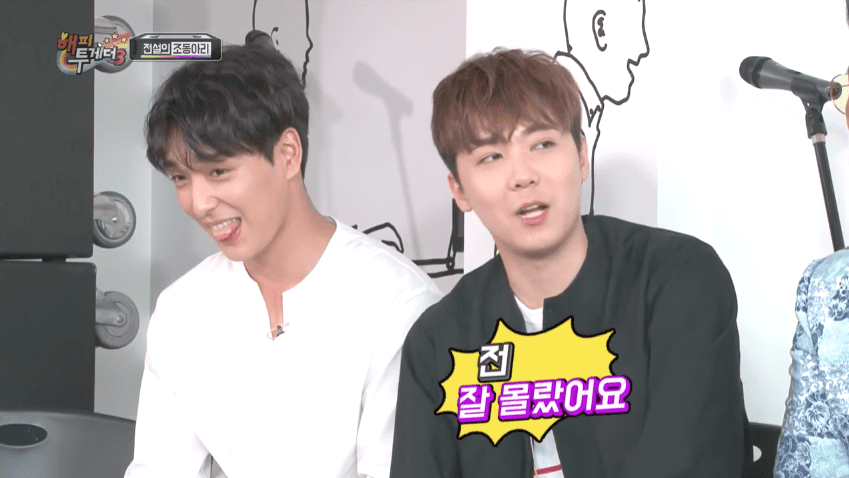 “Hong Ki was the first person I wanted to introduce her to,” Choi Jong Hun explained. “But, as soon as he met her, Hong Ki [jokingly] asked, ‘Why are you dating someone like him?'”

Choi Jong Hun also opened up about how while they haven’t gone to a karaoke place together yet, he has somewhat sung to her. “I’ve more or less recited lyrics to her,” he elaborated. “The lyrics were from Han Dong Geun’s ‘Amazing You.'”

Unable to resist, Lee Hong Ki slyly joked, “[That’s] over-the-top,” using the same word that is used in the Korean title of the song. His teasing didn’t end there, because when the hosts asked how he feels about his bandmate’s happiness, Lee Hong Ki amusingly responded, “I don’t really want to see him these days.”

All jokes aside, sounds like Choi Jong Hun and Son Yeon Jae’s relationship is going strong!

FTISLAND
Choi Jong Hun
Happy Together
Son Yeon Jae
How does this article make you feel?