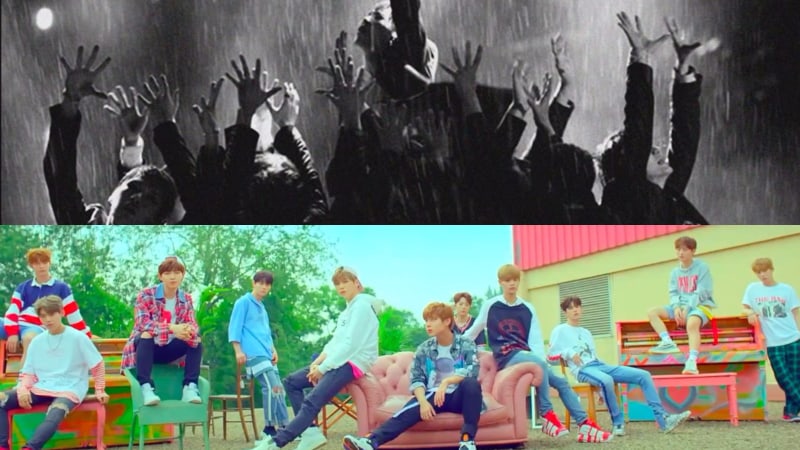 After 11 days of individual teasers and voting for the title track contenders, Wanna One has finally unveiled a sneak peek of the two music videos!

On July 28, a clip was revealed with the music video teasers for “Burn It Up” and “Energetic.” While the preview of “Burn It Up” shows a dramatic black-and-white scene in the rain, the “Energetic” music video appears to have a bright and carefree vibe.

Wanna One’s first mini album “1X1(TO BE ONE)” will be released on August 7. The result of the title track voting is yet to be announced.

Get a glimpse of the two music videos below!