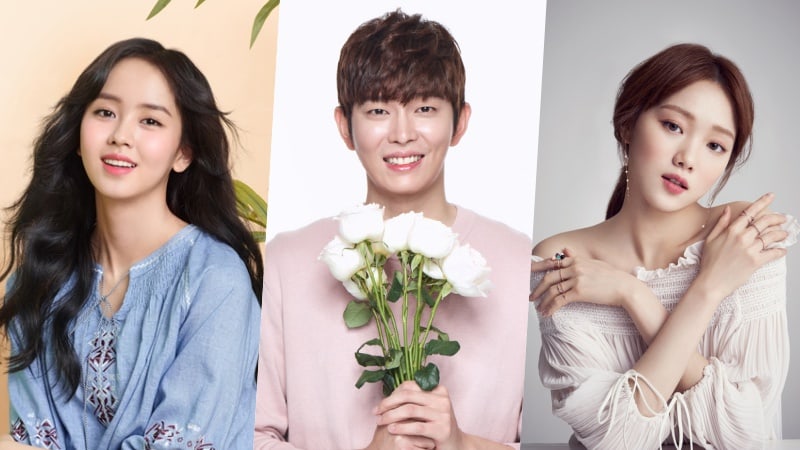 Kim So Hyun, Yoon Kyun Sang, And Lee Sung Kyung To Make Cameo Appearances In “While You Were Sleeping”

SBS’s upcoming Wednesday-Thursday drama “While You Were Sleeping” is not only gaining traction because of its leads, Lee Jong Suk and Suzy, but also because of its special lineup of cameo appearances.

“While You Were Sleeping” will be the story of a woman who can predict the future in her dreams (played by Suzy) and a man who tries to stop those dreams from becoming a reality (played by Lee Jong Suk). Filming first began in March and wrapped up on July 27.

Lee Jong Suk and Suzy will be joined by actors like Park Jin Joo, Jung Hae In, Lee Sang Yeob, Min Sung Wook, and Shin Jae Ha. They will be led by PD Oh Choong Hwan, who has worked on productions like “My Love From the Star” and “Doctors,” with a script written by Park Hae Ryun, who has worked on dramas like “I Hear Your Voice” and “Pinocchio.”

Joining the cast and crew in special cameo appearances will be Yoon Kyun Sang, Lee Sung Kyung, and Kim So Hyun.

Yoon Kyun Sang and Lee Sung Kyung worked with PD Oh Choong Hwan on SBS’s “Doctors” as the characters Jung Yoon Do and Jin Seo Woo. The drama enjoyed a high viewership rating and the two actors were praised for their acting talents. They continued to meet up after the drama ended, and they have decided to appear in the drama to show their support for the director.

Kim So Hyun will be joining the drama to show her support for scriptwriter Park Hae Ryun, who she worked with on KBS’s “Page Turner.” SidusHQ confirmed the news on July 28 and added, “She filmed her part during the last day of filming [on July 27].”

The star-studded drama “While You Were Sleeping” will begin airing in September after the end of “Into the New World.”

Yoon Kyun Sang
Lee Sung Kyung
Kim So Hyun
While You Were Sleeping
How does this article make you feel?