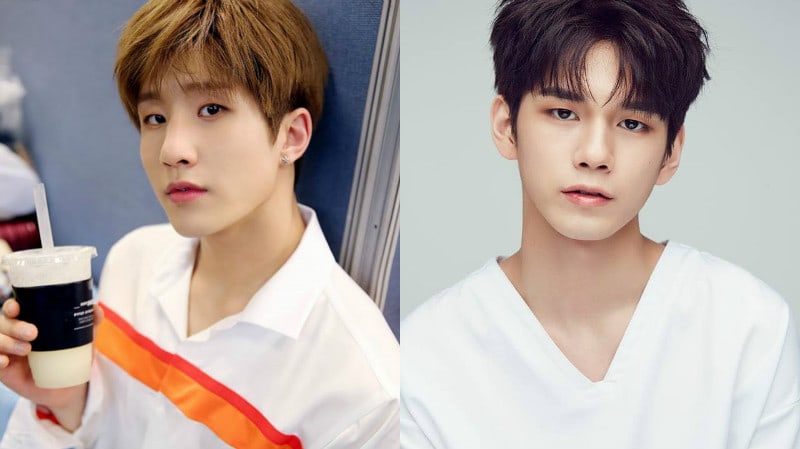 On July 28, at an interview with news outlet TV Daily, ASTRO’s JinJin opened up about his connection with Wanna One’s Ong Sung Woo.

JinJin said, “He was a senior at my school, and we used to be close. So when he entered Fantagio, I was really surprised. I cheered him on while he was going to be part of SURPRISE [U], but he appeared on ‘Produce 101 Season 2’ and gained attention as the ‘slate man.’ The people around me were surprised as well. Honestly, I didn’t know he would become an idol. When he first entered the agency, he was an actor trainee, but because our company aims to create multi-talented entertainers, I think he was able to get the opportunity [to appear on the show].”

Wanna One is gearing up for their debut, and the amount of popularity they’ve garnered already could be a threat to already-existing boy bands.

Rocky stated, “We got to see the process they went through to become Wanna One. In our case, we didn’t show ourselves practicing, but Wanna One showed themselves practice [on TV]. It brought back past memories. Also, seeing them go on the program and compete against all those people made me think that I should work harder and do better. As a viewer of the show, I was proud of them when their debut was confirmed. Similar things have happened to me, and I know how that feels, so I was able to relate even more.”

JinJin shared, “When the trainees on ‘Produce 101 Season 2’ had their first performance and talked about how nervous they were, I was able to relate with that. Seeing them cheer each other on during their first stage made me think, ‘We were like that when we first debuted, too.’ Watching the show and seeing how people react to the show has definitely made me want to work harder. They’re very popular and buzzworthy, so I’m curious about what they’ll look like when they debut, and I want to hurry our preparations so that we can see them at broadcasting stations.”

ASTRO
Wanna One
JinJin
Ong Seong Wu
How does this article make you feel?