Real Talk On Real Issues: Why “The First Half Of My Life” Is A Must-Watch Drama

“The First Half of My Life” is the most talked-about show in China right now. When I first heard about it, I was immediately drawn to it because of the consulting background. Having worked as a management consultant myself, I was interested in the familiar industry and wanted to see how it plays out on screen.

While the portrayal of the industry closely resembles reality, it was the show’s depiction of the evolution of a woman’s understanding on marriage and her struggle for independence that really drew me in.

Based on Yi Shu’s novel of the same name, “The First Half of My Life” is a 2017 Chinese family drama written by Qin Wen, directed by Shen Yan, and produced by Huang Lan. The show has garnered over 10 billion views online, topping the charts for 20 consecutive days during its one-month run.

Its phenomenal success is the culmination of many factors, but what I like the most is the rich philosophies about human relationships. “The First Half of My Life” presents a thoughtful exploration of the role of marriage, our perceptions of marriage conditioned by our parents, and the secrets that make or break a relationship.

It raises relevant questions such as:

Is it better to marry well or have a high-powered career?

What are the secrets of a lasting relationship?

Can power couples end up happily ever after? Or must one make sacrifices for the other? 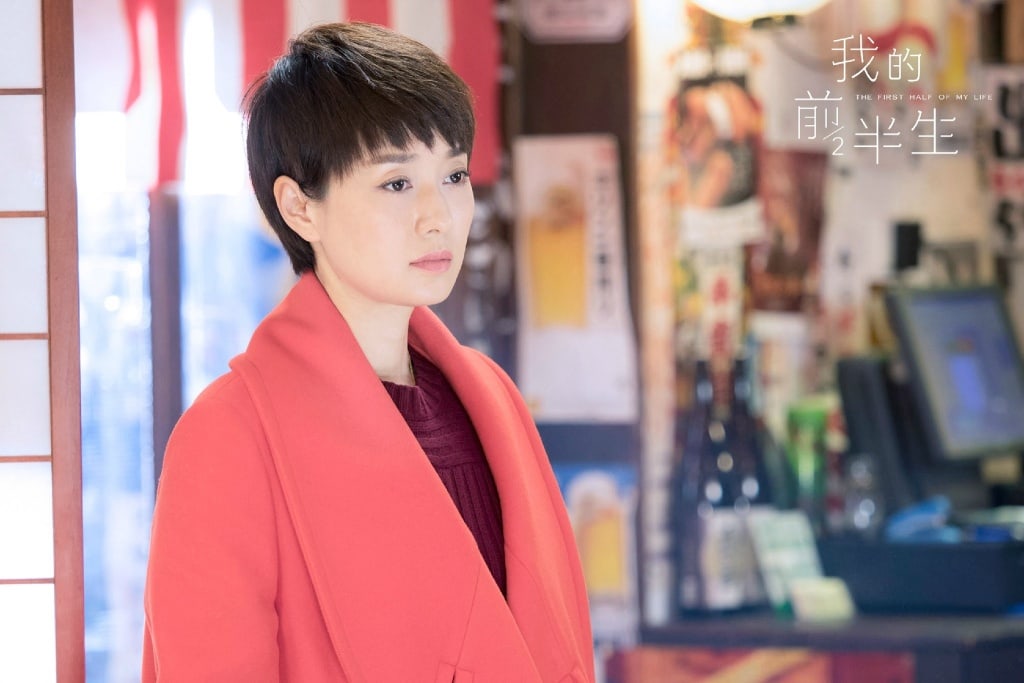 Luo Zi Jun (Ma Yi Li), 37, is a clueless, self-important housewife basking in the affluent lifestyle provided by her management consultant husband. When she’s not bossing around her live-in housekeeper in her lofty apartment or attending to her eight-year-old son after school, Zi Jun is roaming through the aisles of expensive stores and adding designer shoes to her collection.

When the bubble of her perfect marriage suddenly bursts, she’s forced to face the realities of being a single mother and the challenges of re-entering the workforce after a decade of career coma. Her struggle to regain independence and support her son is fraught with judgment and skepticism by others, but she also has the staunch support of her best friend, Tang Jing. And through her own hard work, she seizes each opportunity to transform into someone she didn’t even know she could become. 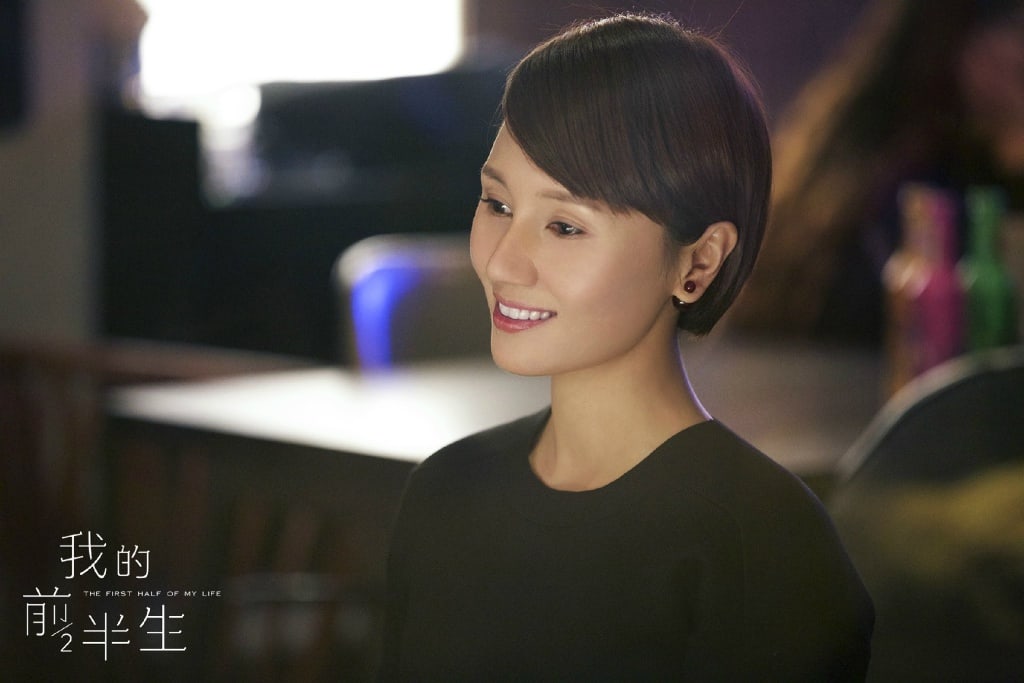 Tang Jing (Yuan Quan), Zi Jun’s best friend and college classmate, is an ambitious management consultant working around the clock to advance her career. Fiercely independent, Tang Jing stops at nothing to get ahead, even if that means competing for clients against her long-time boyfriend and colleague, He Han. At 37, she’s unmarried with no kids, nor does she care to have any. Her ten-year marathon with He Han is, for the most part, mutually supportive, but somehow feels lacking in something. Beneath her shining armor, Tang Jing struggles with insecurities for reasons that even she cannot fully understand. 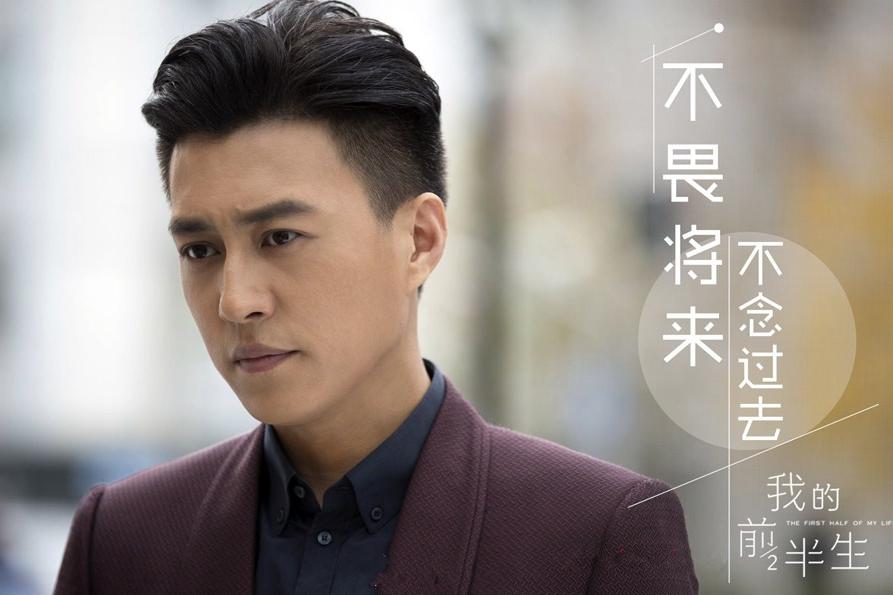 He Han (Jin Dong) is Tang Jing’s boyfriend of ten years. An egocentric individualist, he is the most expensive management consultant in the business. To him, time is money. Which is also why he can’t stand the needy and entitled Zi Jun, who has no respect for his time, and does things like demand a lift home because her lamb-skin shoes shouldn’t touch rain water. He Han has a large social network and is known for his uncanny ability to analyze and solve problems. But beneath his cool, logic-driven exterior, he is warm and caring. 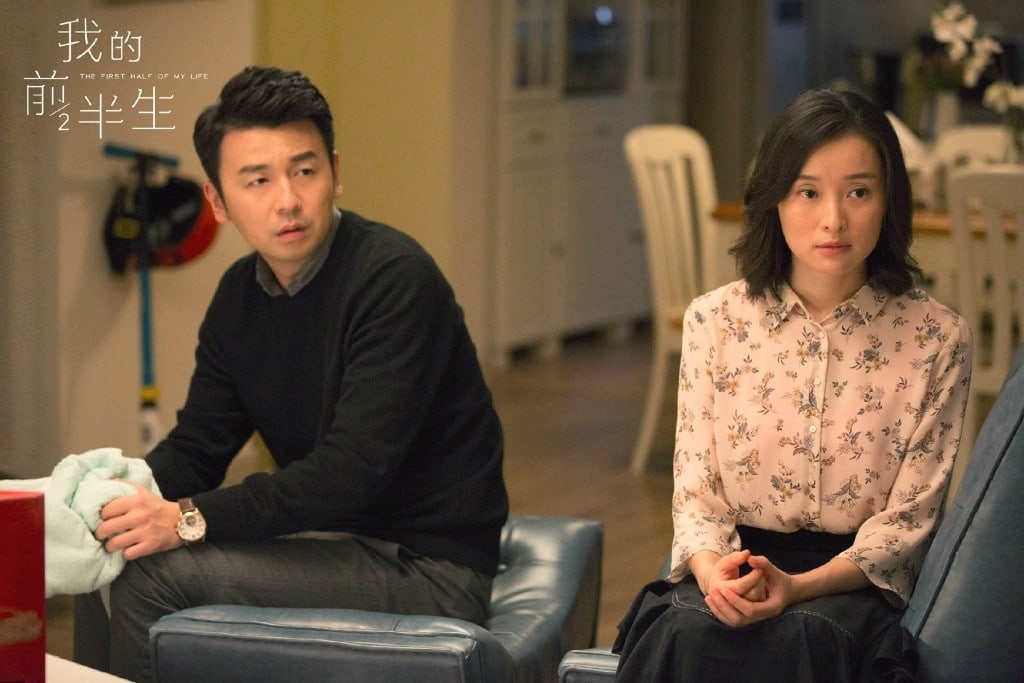 Chen Jun Sheng (Lei Jia Yin) is Luo Zi Jun’s husband. A responsible traditionalist, Jun Sheng believes that the husband’s job is to pay for everything, and the wife’s job is to look after the family. However, this family model does not grant him lasting happiness. As the years go by, he feels increasingly distant from his wife, and falls in love with his co-worker, Ling Ling. 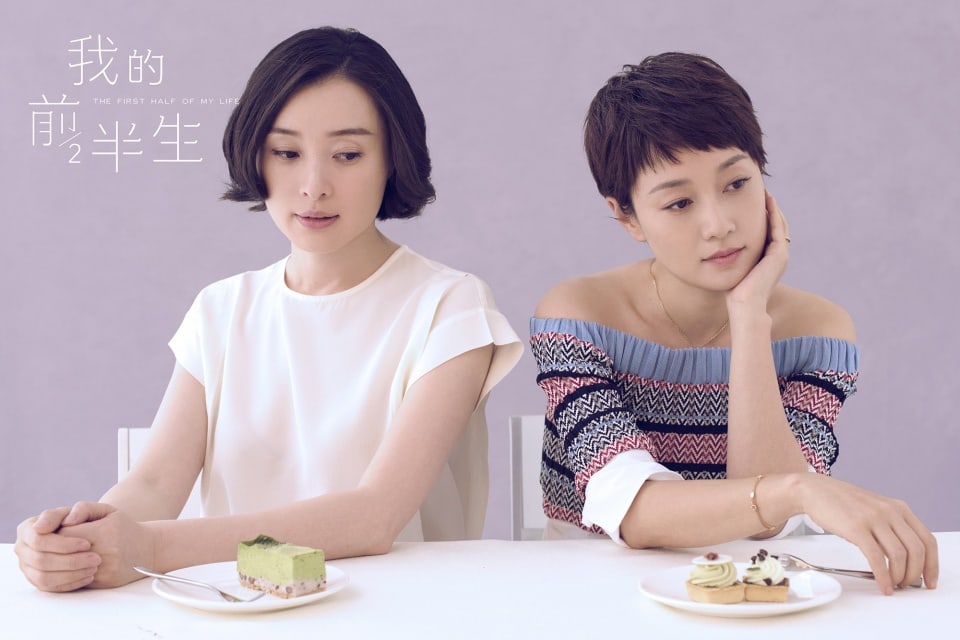 Ling Ling (Wu Yue) is an atypical mistress. She is not younger, nor prettier than Zi Jun, but she knows the way to Jun Sheng’s heart. Never in Zi Jun’s wildest imaginations could she have guessed that her marriage would be defeated by this tired-looking, middle-aged, working mother. 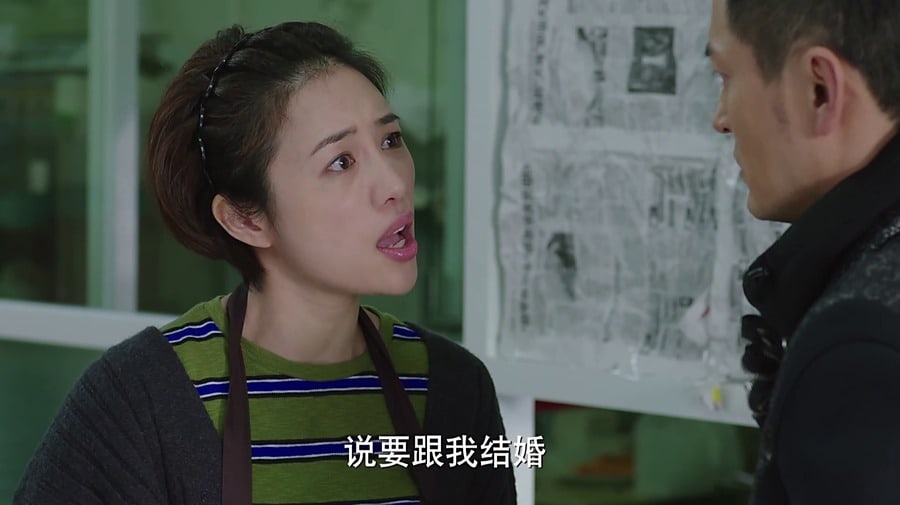 Luo Zi Qun (Zhang Ling Xin) is Zi Jun’s younger sister. Growing up in the shadows of her older sister, Zi Qun has low self-esteem and is trapped in a marriage with a useless husband. She constantly borrows money from Zi Jun and Chen Jun Sheng to cover her husband’s debt and living expenses. Yet, despite all this, she does not have the courage to divorce him and is unsure of what she deserves in this world.

Xue Zhen Zhu (Xu Di) is Zi Jun’s mother. She is, quite simply, my favorite character in the show. Frugal, crass, loudmouthed. This bossy, jewelry sodden, 50-something dame may look like a total gold-digger, but she has her own set of philosophies about life. Having raised her children as a single mother, she is extremely protective and practical about finding the right (and rich) man. My favorite scene of her is when she bursts into Ling Ling’s office and raises a storm for destroying Zi Jun’s marriage.

Is it better to marry well or have a high-powered career? What are the secrets of a lasting relationship?

While Tang Jing strives for the pinnacle of her career in management consulting, Zi Jun feels like she has already achieved the pinnacle of her “career” as a woman. Why sweat for money like Tang Jing and speed up the process of aging when the best job for a woman is to enjoy time with her family, make regular visits to the spa, and let her husband pay for everything? All she needs to do is maintain her beautiful appearance and be wary of the pretty little interns at his office.

Yet all is not what it seems. When one day Zi Jun’s husband suddenly asks for a divorce, she discovers that the woman he has fallen for is neither a young intern nor a seductive secretary, but a middle-aged working mother. For the first time in her life, Zi Jun is confronted with the notion that the key to a lasting marriage might run more than skin deep.

As she tries to pick up the pieces and make sense of everything, she begins to understand that “When two people are together, the one who is growing faster will eventually leave behind the one who is standing still.”

(I love these kinds of philosophies.)

How does the traditional mindset about marriage fare in the new world?

“The First Half of My Life” went a step further and explored the root cause of Zi Jun’s failed marriage – her inherited beliefs. Zi Jun’s mother taught her that a woman’s priority is to marry well and marry rich. She did that with Jun Sheng. But through the rupture of their marriage, Zi Jun realizes that a rich husband is no longer a foolproof ticket to a lifetime of security, because “No one will be the safe harbor of your life, only you can be your own security blanket.” 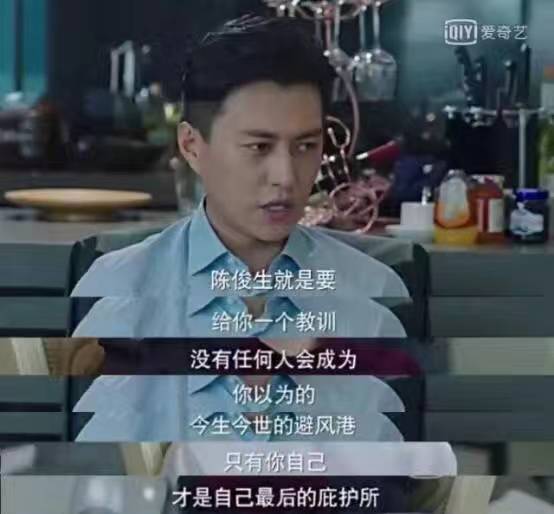 Can power couples end up happily ever after?

As Zi Jun’s world comes crashing down, Tang Jing rushes to the rescue, dragging He Han into the mess whenever she’s not available.

Throughout the show, I was suffering from second lead syndrome, rooting for Tang Jing and feeling devastated when her boyfriend of 10 years developed affections for Zi Jun. For all her wonderfulness and all her hard work, Tang Jing deserves her own happily ever after.

Yet why is it that she can’t have this love story with He Han? There is an invisible wall between Tang Jing and He Han that seems to spring from issues of trust, selfishness, dominant personalities, and prioritizing work over love. But none of these reasons feel quite right. They are sort of true, but not entirely true. While at first their relationship seems like a tug of war, it isn’t until the end, in a revelatory conversation with a Japanese restaurant owner, that Tang Jing truly answers these questions for herself and the audience.

How does a rookie survive in the workplace?

Through Zi Jun’s uphill battle to find work again, He Han dishes out many pearls of wisdom on workplace survival and consumer insights. I picked up quite a few tricks on how to win over customers and regard your coworkers. Have a look, and you just might learn a thing or two as well. 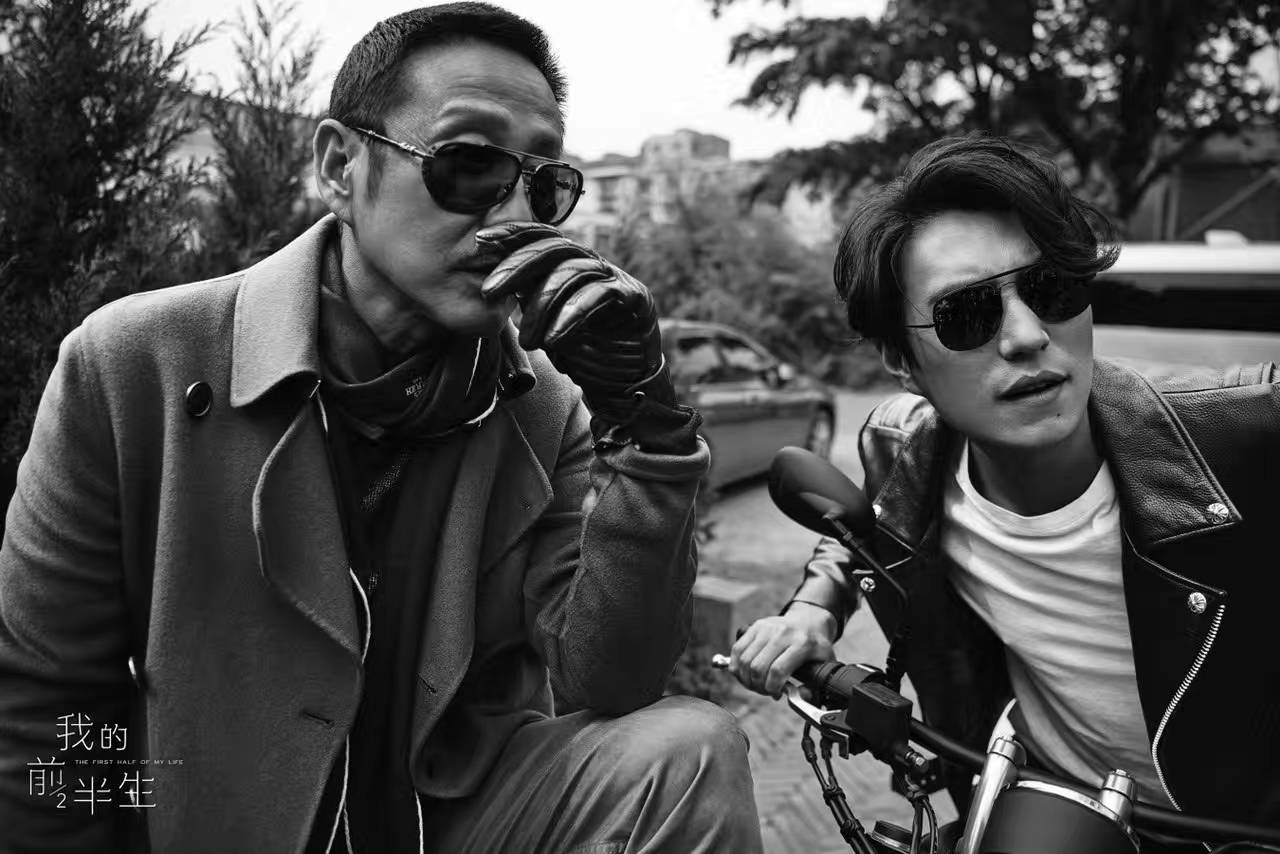 “The First Half of My Life” tells a deeply resonant story of a single mother regaining a foothold in modern society. But on top of that, the personal stories of the supporting characters are also very compelling and well thought out. Their clashing value systems enriched the narrative, broadened the scope of the show, and brought a lot of nourishing insights to the table. After all, you have to understand the first half of your life to better live the second half of your life.

If you haven’t seen it yet, click below to watch!

Hey Soompiers, have you been watching “The First Half of My Life?” What did you like about the show?

Soompi Spotlight
jin dong
the first half of my life
yuan quan
How does this article make you feel?