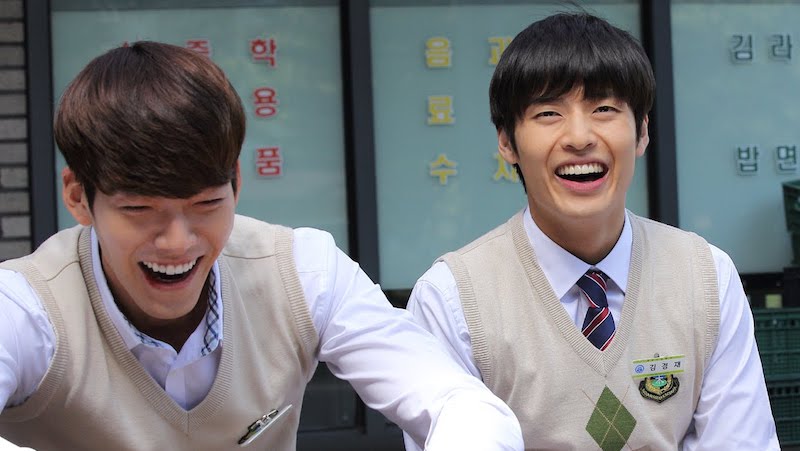 During an interview for “Midnight Runners” on July 28, he said, “Maybe it’s because the movie reminds me of ‘Twenty,’ but I think of Kim Woo Bin a lot, even right now.”

He said, “While we were filming ‘Twenty,’ I didn’t know that Kim Woo Bin was fighting cancer. I learned about that after.”

He continued, “I did exchange everyday messages with Kim Woo Bin like ‘Careful not to catch a cold,’ ‘Don’t get hurt during the shoot.’ That’s why it’s even more heartbreaking. I really hope for him to get well with all my heart.”

It was announced in May that Kim Woo Bin had been diagnosed with nasopharyngeal cancer, and he recently finished the first round of chemotherapy. Kang Ha Neul posted a moving message to Instagram after the news of Kim Woo Bin’s diagnosis.

Kim Woo Bin
Kang Ha Neul
How does this article make you feel?