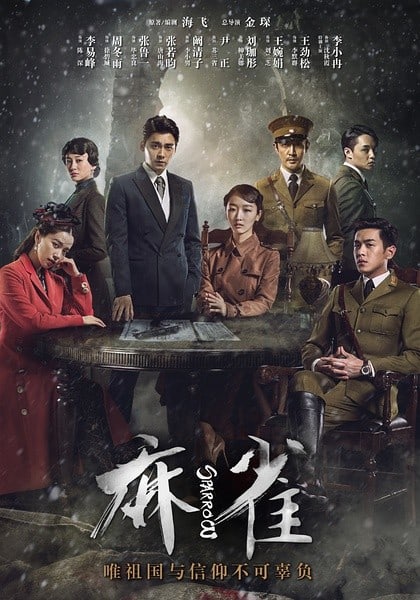 “Sparrow” is a Chinese suspense thriller that’s a drama adaptation of a novel of the same name by author Hai Fei. The story is set in 1940s Shanghai, China during the second Sino-Japanese War. Li Yi Feng stars as Chen Shen, a double agent under the code name Sparrow. He works under his best friend and comrade Bi Zhong Liang (Zhang Lu Yi) in the Special Operations Division that captures anti-Japanese revolutionaries. Chen Shen’s mission is to obtain intelligence about the Japanese “Return to Zero” document for the Communist party. When Bi Zhong Liang starts to have suspicions about Chen Shen, he sets up various traps to reveal his true identity and intentions. To further complicate matters, Chen Shen’s old flame Xu Bi Cheng (Zhou Dong Yu) is assigned to work in the Special Operations Division along with her husband Tang Shan Hai (Zhang Ruo Yun).

“Sparrow” achieved critical acclaim for its strong storyline and acting performances. It is currently the highest rated war drama of all time, with a peak rating of 2.46 (it is very rare to surpass a 1 rating in China), and it is also the first drama of this genre to surpass 10 billion views. In addition, “Sparrow” won Drama of the Year at the 8th China TV Drama Awards and at the 27th Zhejiang TV Peony Awards.

I immediately fell in love with “Sparrow” from the get-go because of its intricate plot and the phenomenal performances by the ensemble cast. I really felt the emotional turmoil experienced by all the characters when faced with do-or-die situations and the sacrifices they made for the greater good. You know a drama is amazing when you can feel sympathy even for the most despicable and twisted villains. If this doesn’t convince you to watch the drama, here are my top four reasons why I think you should check out “Sparrow.” 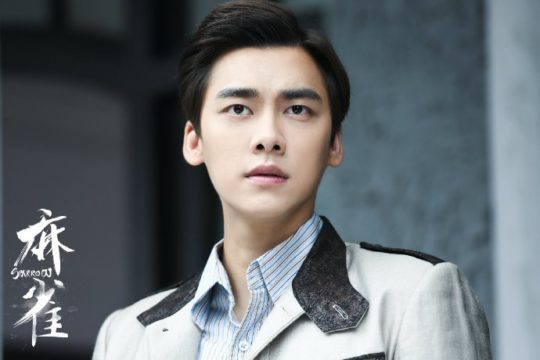 Li Yi Feng stars as our titular hero, agent Sparrow (aka Chen Shen), a fascinatingly complex character working as a spy with the mission to bring down the people that he works for. I really love how Chen Shen is multi-faceted and how he seamlessly switches from his lazy playboy persona to concealing his more introspective side. It’s his journey that is most captivating, as he meets both friends and enemies while building trust and witnessing betrayals from those around him.

Many people, including myself, were very impressed and surprised by how Li Yi Feng has significantly improved his acting. It has clearly shown how he has taken previous criticisms about his acting and worked hard to improve, which is very admirable. It is definitely a breakthrough, career-wise for Li Yi Feng, as Chen Shen strongly deviates from his usual roles. Out of all the characters Li Yi Feng has played in the past, I would say Chen Shen is his best role and performance to-date. It is also important to note, Li Yi Feng won the Best Actor Award at the 22nd Huading Awards and the Outstanding Actor Award at the 27th Zhejiang TV Peony Awards for his role in “Sparrow.” 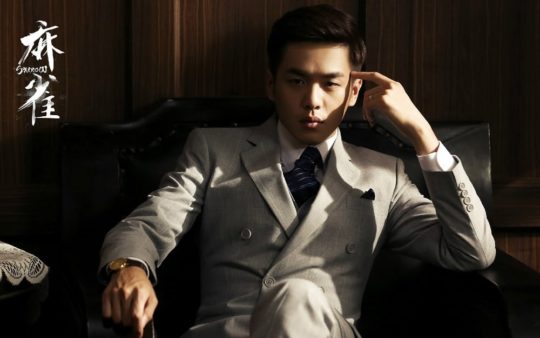 Zhang Ruo Yun perfectly embodies the character of Tang Shan Hai, a spy from the Nationalist Party, in everything from his nuanced body language to the intensity in his eyes. What I particularly admire about Shan Hai is he’s intelligent, composed, and loyal to his principles. I also love how he unexpectedly fell for his partner Bi Cheng while carrying out their mission during such tumultuous times. I was so touched by his love for Bi Cheng, and I feel it is no less than Chen Shen’s love for her. Every decision Shan Hai makes, he always puts Bi Cheng into consideration; it is just the sweetest thing. Thankfully, I love both Chen Shen and Shan Hai as characters equally, but that does mean it’s incredibly easy to get swayed into Second Lead Syndrome because of Zhang Ruo Yun. It doesn’t help when he’s always looking super suave in those tailored suits.

I’ve always liked Zhang Ruo Yun as an actor ever since “15 Years of Waiting For Migratory Birds“; he always gives strong performances in all his dramas. “Sparrow” has solidified my love for him, and I’ve officially upgraded him to bae status. He brings so much on-screen charisma, and he carries himself like he’s the main character. Zhang Ruo Yun is definitely one of those actors you need to look out for in the future; he’s a fast rising star in the making.

Battle of the wits 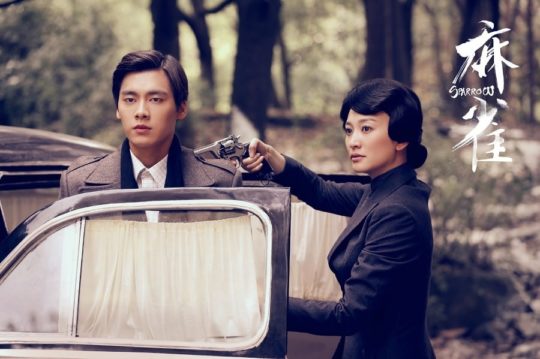 If I were to describe “Sparrow” in two words, it would be intense and unpredictable. I find myself always sitting on the edge of my seat wondering what would happen next. Not going to lie, there were times when I got knots in my tummy from the intensity, but man it hurts so good. It is an extreme battle of wits, with the good and bad guys constantly trying to out-maneuver each other. Every little action or decision made has such high stakes for all our characters. Often times it is a matter of life or death. Without giving too much away, I’m always so mind-blown by all the characters and how incredibly smart they are and how fast they think on their feet, responding to the unexpected situations constantly thrown at them. Manipulations and deceit are really the only way to succeed in this game of cat and mouse. If you’re someone who enjoyed dramas like “Nirvana In Fire,” you’d enjoy “Sparrow” with its elaborate story and richly developed characters. 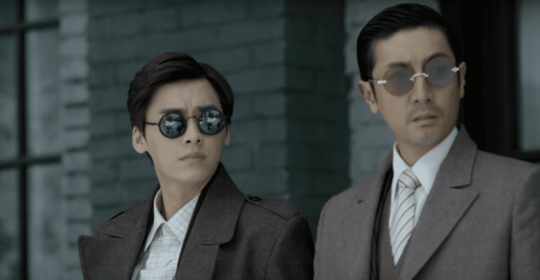 One of the main highlights of the drama is the dynamic relationship between Chen Shen and Bi Zhong Liang. Zhong Liang is Chen Shen’s boss, but Zhong Liang regards Chen Shen as a younger brother because Chen Shen previously saved his life while fighting in the war. Chen Shen is a Communist spy, while Bi Zhong Liang is the leader of the Special Operations Division. They’re an interesting pair to watch, as they’re always to trying to hide their suspicions of each other by throwing around cryptic jokes. I can describe it as a love-hate relationship; they act like loving brothers while at the same time analyzing the meaning behind each other’s jokes and actions.

Zhang Lu Yi, who plays Bi Zhong Liang, is such a charismatic villain. He has a genuine warmth in his eyes when he’s being a caring older brother towards Chen Shen, but in a split second he turns paranoid with suspicions about him. Both their characters are very calm, mature, and calculative, so their interactions are always multi-layered. They both care for each other, yet they’re also ready to betray each other when the time comes. Li Yi Feng and Zhang Lu Yi somehow make this crazy bromance work.

Soompiers, are you watching “Sparrow”? Tell me what you think about the drama in the comments below!