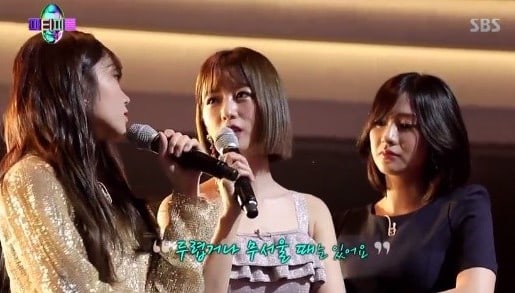 On the July 29 broadcast of SBS’s “Party People,” Apink discussed difficult moments throughout their seven-year career.

MC Park Jin Young said, “Apink’s image is very innocent and cute. It’s almost as if talking to a rookie group. In actuality, Apink is in its seventh year. As a senior idol, there must have been moments when you wondered, ‘Is this the right path for me?'” 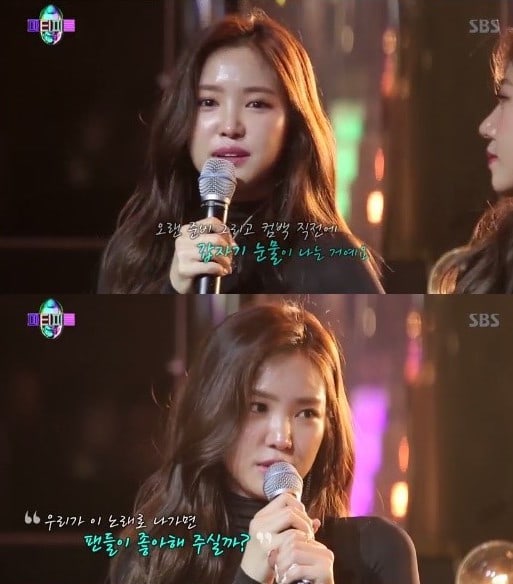 To this, Son Naeun replied, “When we were having our last practice for the ‘No No No’ comeback, I suddenly cried. Of course working in this industry is hard. I swallowed my tears from the moment before to the moment after that comeback stage. There was a desperate desire to make a comeback because our preparation period was longer. We were also worried whether our fans would like the song.”

Bomi then told Park Jin Young, “Talking to you about it makes me emotional. It’s like an advice session.” She also explained that there were many times she felt nervous and scared, and she added that there are still many sides that she wants to show the fans.

Park Jin Young then cheered on the girls by saying that people fall for Apink the more they get to know the group.