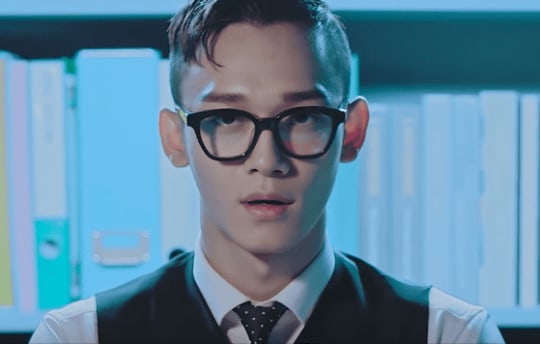 Thanks to the power of the internet, these days it’s easy for K-pop fans who don’t speak Korean to find translations and romanizations of K-pop song lyrics so that all fans can learn the words to their favorite songs. But even if you don’t know Korean, there are lots of commonly used words that you’ll probably start to pick up simply from listening to your K-pop playlists over and over again!

Ready for some Korean vocabulary review? In no particular order, here are some of the words you may hear most often in your favorite K-pop songs:

Might as well start off logically, right? You’ve probably heard these words in lyrics about a first love (cheot-sa-rang/첫사랑), doing something or feeling a certain way for the first time (cheo-eum-eu-ro/처음으로), or the first snow (cheot-nun/첫눈)!

Whether it’s in a breakup ballad about crying your eyes out (say, “Dropping the Tears (눈물이 뚝뚝)” by K.Will) or something more uptempo like BTS’s “Blood Sweat & Tears (피 땀 눈물),” you have undoubtedly heard this word many times. Fun fact: by adding the Korean word for “eyes” (nun/눈) and the word for “water” (mul/물), it literally translates to “eye water”! And another fun fact: the word for “snow” and “eyes” is the same — they are both “nun/눈”!

Good memories, painful memories, memories being cherished, memories being erased — all are abundant in the lyrics of K-pop songs. The word “chu-eok (추억)” indicates a memory that you recall (e.g. “a fond memory”), while the word “ki-eok (기억)” is used for that space in your head where you remember things (e.g. “you are in my memory”).

Using this word once can indicate a single day, while using it twice in a row like the title of BIGBANG’s classic song “Haru Haru” means “day by day.” (Did that song immediately pop into your head? Good.)

“Mol-la (몰라)” is an informal way to conjugate the verb “mo-reu-da (모르다).” It doesn’t have to be used more than once in a row, but it often is — you know, to emphasize how much someone doesn’t know what to do about that cute human they have a crush on, and fun stuff like that.

For all the broken hearts who wish their loved ones would please come back, keep your ears open for this phrase!

Speaking of coming back, this word will come in handy for anything that is repeated. Falling in love again? Meeting someone again? Having your heart broken again (hopefully not too many times)? Listen for the word “da-shi (다시)”!

If we ever love again~

There are several words to describe your heart, but “ma-eum (마음)” is usually used in a more abstract way, like when describing feelings deep in your heart. In K-pop lyrics, you can often hear singers lament their hurting ma-eum, croon about the warm fuzzy feelings in their ma-eum, or sigh that their crush doesn’t know/understand their ma-eum. Sometimes the word is shortened, so it sounds like “mam (맘),” like in the chorus of TWICE’s “TT.”

How much longer do I have to wait?

From puppy-love tunes that talk about dreaming of a crush, to heart-wrenching ballads about wishing to meet someone again even in a dream, you can often hear the word “kkoom (꿈)” in Korean songs!

It’s alright even if it’s just a dream~

You have probably heard the phrase “Bo-go-ship-eo (보고싶어),” which also means “I miss you,” but “geu-ri-weo (그리워)” is another way to talk about missing someone or something, with more of a sense of deep longing.

If you didn’t learn this word from Crush’s hit song “Sometimes,” you can also hear it quite clearly in many other songs, like the chorus of K.Will’s popular ballad “Growing.”

It’s just sometimes I miss you~

For things that are a little more permanent, “yeong-won-hee (영원히)” is the adverb you want to use!

I had such a bad and scary nightmare, you left me forever~

Because who doesn’t love shiny, sparkly things? This phrase, used to describe anything from shining stars to sparkling eyes, is almost always accompanied by cute hand motions in K-pop songs!

And last but not least…well, you get my drift.

Hey Soompiers, which Korean words do you recognize most often when you listen to K-pop songs?