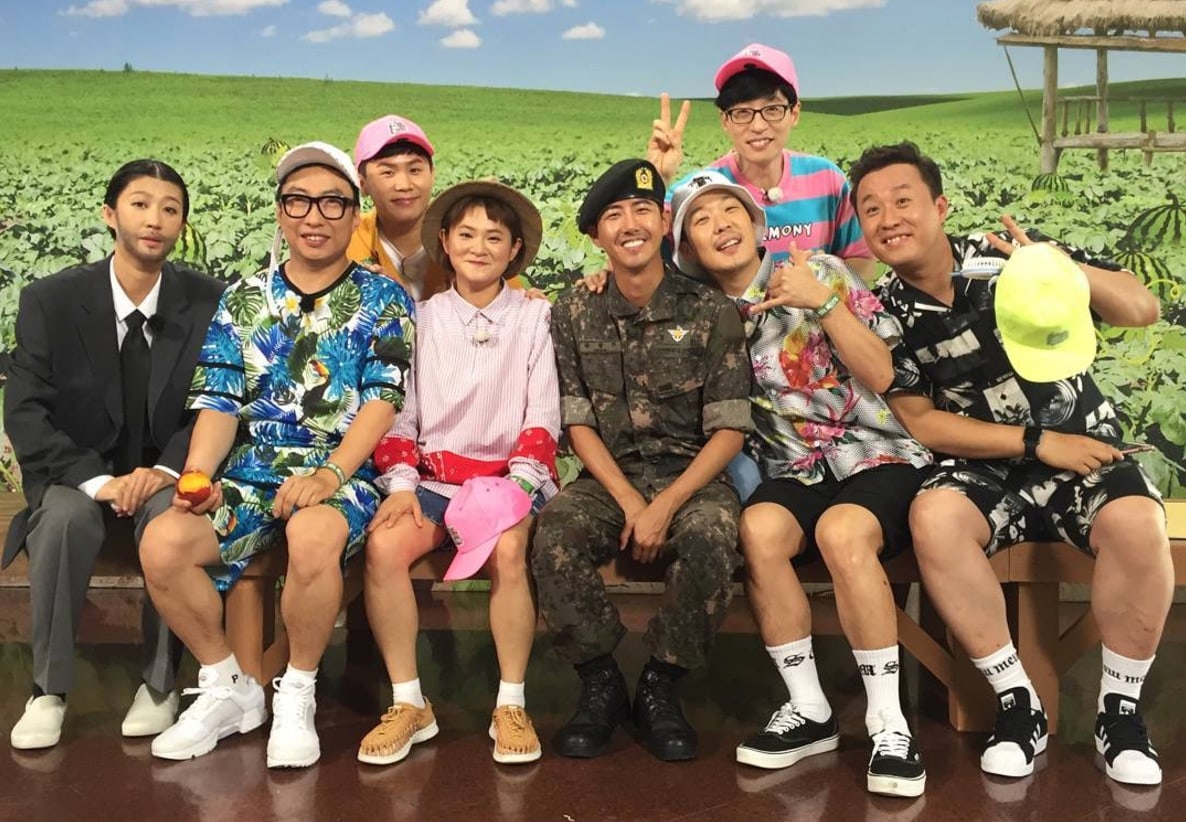 It’s been over four months since Kwanghee enlisted in the military, and he seems to have met up with the cast of MBC’s “Infinite Challenge” while on leave!

On July 29, Yang Se Hyung uploaded a photo to his personal Instagram account with the caption, “Kwanghee’s gotten more dashing, healthier, more combative, lovelier, and more suspicious, but he still cares about us so much.”

In his military uniform, Kwanghee has a bright smile on his face as he is surrounded by the cast of “Infinite Challenge.” Seeing as both Hong Jin Kyung and Kim Shin Young are in the picture, it looks like Kwanghee visited the set of the variety show while they were filming their Summer Festival special.

Kwanghee had given a tearful and heartfelt farewell on his last episode of “Infinite Challenge” before enlisting, and he must have been very happy to see his fellow cast members again!

Watch the latest episode of “Infinite Challenge” below.

Kwanghee
Yang Se Hyung
Infinite Challenge
How does this article make you feel?