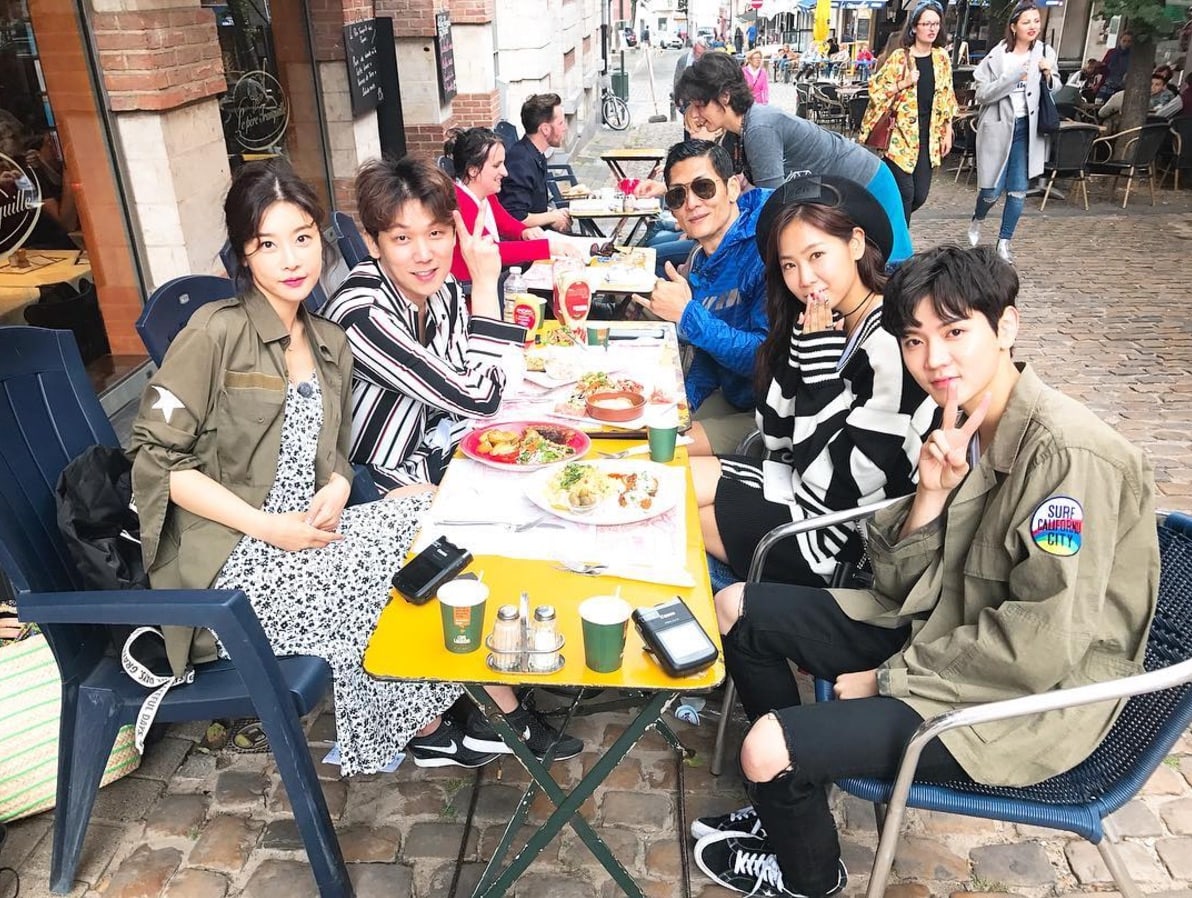 Earlier this month, it was announced that JTBC2 would be showcasing a new variety show featuring g.o.d’s Park Joon Hyung, Soyou, Junggigo, Girl’s Day’s Sojin, and NU’EST’s Ren, and fans have finally been shown a first look at the cast in Belgium!

On July 30, NU’EST’s Ren shared a photo on his personal Instagram account of the cast as they bonded and shared a meal in Brussels, Belgium. His caption “Proving that I’m alive,” seems to be directed at his fans to let them know he’s doing well, as he’d shared a selfie a couple days prior with the caption, “I’m going to Belgium! I’m going to miss you! I’ll see you when I get there.”

Junggigo also shared the same photo but his had a more ominous tone for how the show will go as he captioned it, “Things were going great in this moment but afterwards…” He also shared a selfie that showed part of his face as he walked down the streets of Brussels.

Both Soyou and Sojin shared photos of themselves as well, posing by various signs as the cast hung out and explored Brussels together.

Their new show “Learning the Hard Way” (literal title) will follow the group of five as they travel together, with their first destination being Belgium. Not a lot of information has been revealed about the show, except that the first episode will air in September.