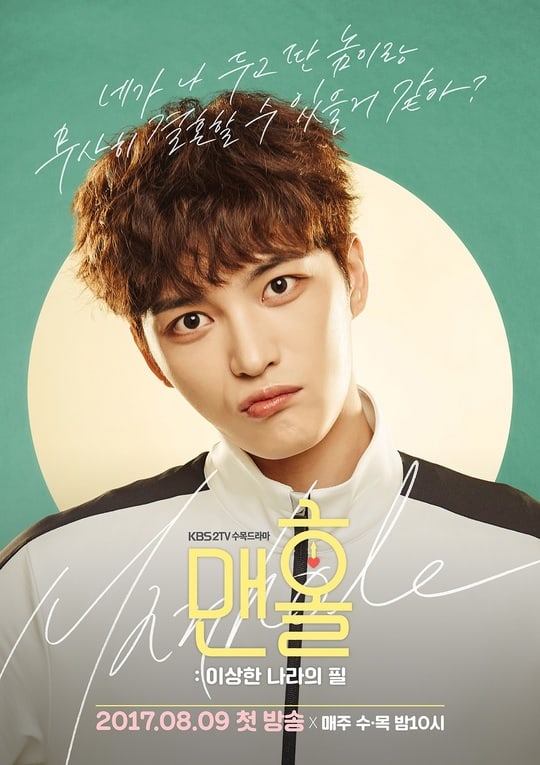 “Manhole” tells the story of an unemployed man named Bong Pil (Kim Jaejoong) who falls into a manhole by accident and ends up traveling back in time. The subtitle of the drama, “Pil in Wonderland” (tentative title), demonstrates how crazy and unusual Bong Pil’s adventure will be.

The drama has already gained attention with its hilarious video teasers, which can be watched here and here.

Kim Jaejoong will take on the role of Bong Pil, the strange time traveler. His 28-year one-sided love for his “friend” Soo Jin (UEE) is forced to come to an end when she announces her marriage with someone else, and he falls into a manhole during that moment of despair. The actor has a cute pout on his face (see featured image), while his poster reads, “You think you can leave me alone and get married with another guy?” 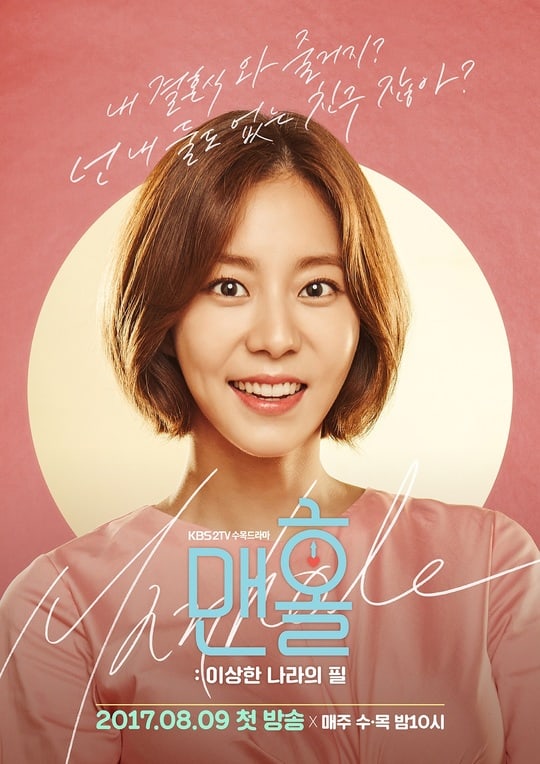 UEE will play Bong Pil’s one-sided love, Soo Jin. She’s the official beauty of the neighborhood, but in addition to her chic and sophisticated visuals, she also has a sloppy side to herself. The poster reads, “You’ll come to my wedding, right? You’re my one and only best friend,” indicating the complications in her relationship with Bong Pil. 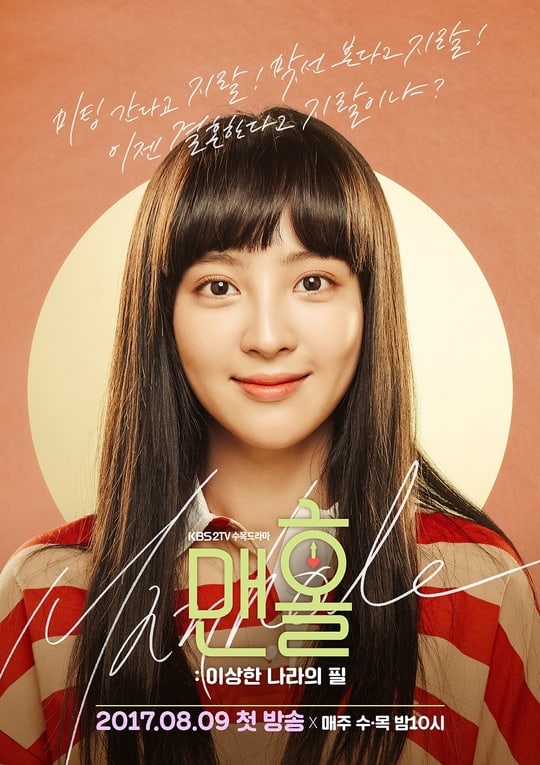 Jung Hye Sung will be Jin Sook, the straightforward “Sook-prite” (wordplay on her name and Sprite) of the group. She’s the smartest out of all of them, but at the same time, her craziness is also unrivaled. Her poster says, “You used to say bullshit about having a blind date! Now you’re saying you’re getting married?” 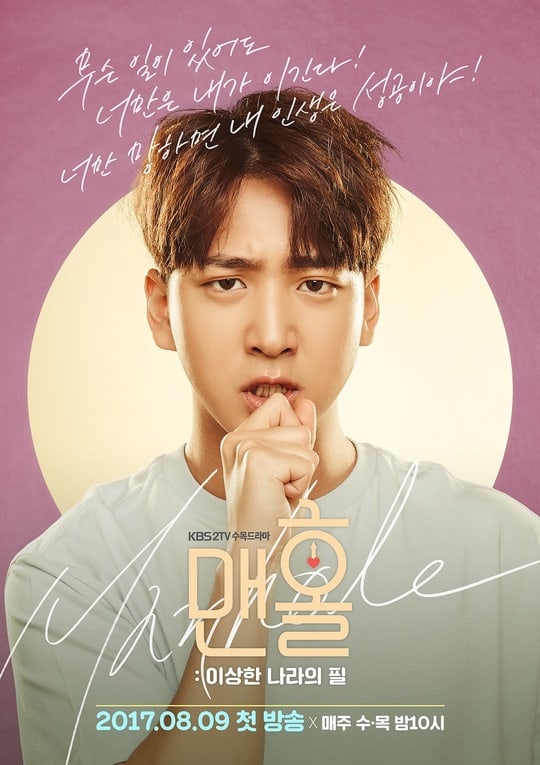 Baro will play Jo Seok Tae, who is both Bong Pil’s best friend and an old enemy. He appears to be kind and shy, but he’s someone who can deceive with his smiling face and stab his friend in the back. He says, “No matter what, I’ll definitely win over you! As long as you go down, my life is a success!”

Meanwhile, “Manhole” is the work of PD Park Man Young of “All About Marriage” and “The Vineyard Man” and screenwriter Lee Jae Gon of “TEN.” It will premiere on August 9 after “Queen for 7 Days.”