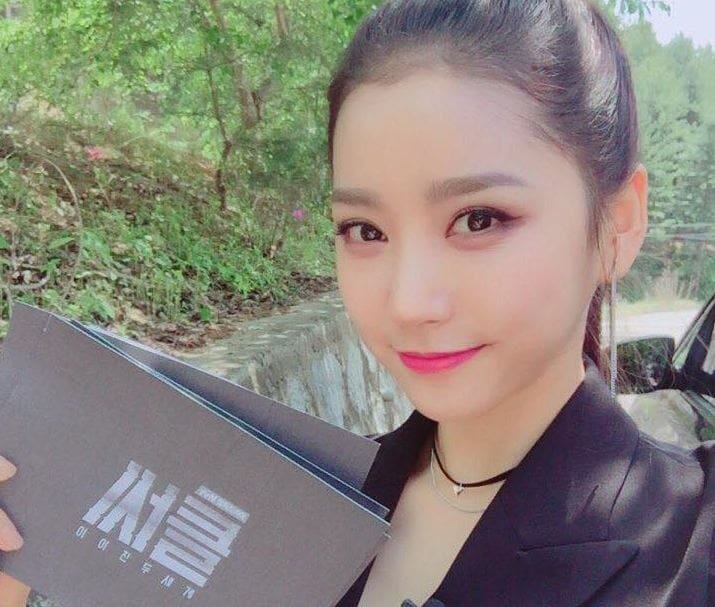 Yooyoung made her acting debut in 2013 through SBS’s “Wonderful Mama,” and later appeared in MBC’s “Cunning Single Lady,” MBC’s “Mother’s Garden,” KBS2’s “Who Are You: School 2015” and movie “Slow Video.”

To her, acting in “Circle” was an important point in her career. It was her first drama in two years since “Who Are You: School 2015,” and she successfully pulled off the dramatic change in her image. She revealed that she watched Kim Ok Bin’s “Yoo Na’s Street” to learn how to speak in the rigid formal speech of the military, and fellow Hello Venus member Lime, who is experienced in boxing, helped her with the action scenes.

Because Secretary Shin was a character from 2037, Yooyoung did not have a chance to talk much with Gong Seung Yeon, who primarily acted in the 2017 side of the story, and they only grew close at the wrap party. Interestingly, Gong Seung Yeon and Yooyoung’s labelmate Seo Kang Joon were previously confirmed as the leads for KBS2’s upcoming drama “Are You Human Too?” (literal title). Yooyoung has also acted with Seo Kang Joon in “Cunning Single Lady.” She revealed, “I brought up the topic of [the drama] first to Gong Seung Yeon, saying that I’m from the same agency as Seo Kang Joon. I told her that their pale and mysterious auras were similar and that they would look great together.”

Lastly, Yooyoung gave her acting in “Circle” 70 points out of 100. She explained that her acting was about 50 points, but she gave herself 20 more points because the drama was met with positive reactions.

What did you think of Yooyoung’s acting in “Circle”?

Hello Venus
Yooyoung
Circle
How does this article make you feel?