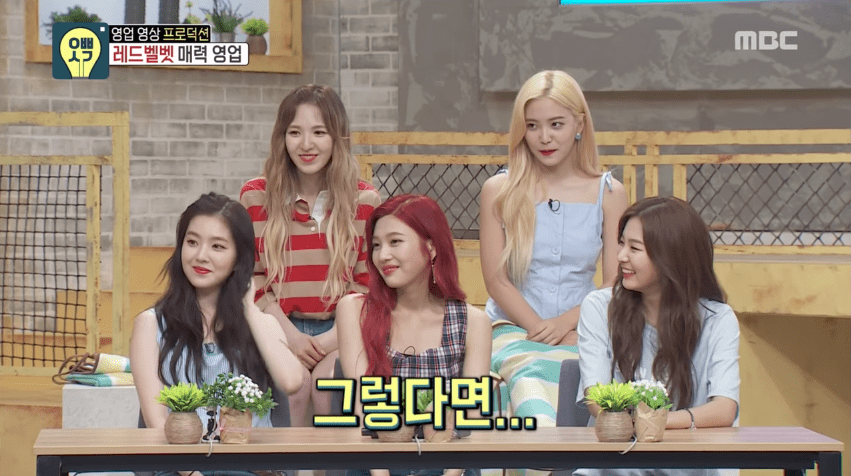 Red Velvet Shares What Irene Was Like As A Trainee

During a guest appearance on the July 31 episode of MBC’s “Oppa Thinking,” Red Velvet revealed how people viewed Irene as a trainee, and clarified a common misconception about her.

“When Irene first entered as a trainee, she caused a frenzy among the other trainees because she was so pretty,” Seulgi revealed. While Irene denied this next fact, the other members added that to their knowledge, she was well-known for her looks as a student when she still lived in Daegu.

Irene is often deemed as having a “chic and cold image,” but the members explained how that wasn’t necessarily her personality.

Seulgi said, “She didn’t speak a lot as a trainee because of her dialect.” Joy also expressed, “She’s a very bright person in general. Irene is just very shy, and she’s careful about what she says. She thinks a lot about [her words].”

Meanwhile, Red Velvet is currently promoting their summer hit, “Red Flavor” and is preparing for their first solo concert, which will take place in August.

Red Velvet
Irene
Oppa Thinking
How does this article make you feel?