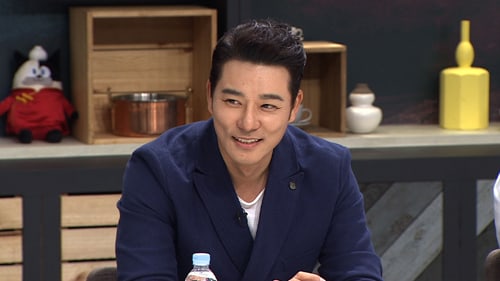 On July 31, Lee Tae Gon appeared on JTBC’s “Please Take Care of My Refrigerator,” where he opened up about his experience being investigated for assault.

MC Kim Sung Joo brought up the incident, asking, “This is a sensitive question, but how did you survive during that time?”

Lee Tae Gon responded, “I think I pushed through by mental willpower, for the sake of my future. This was the first time I regretted being a celebrity. I was so stressed and angry, and I didn’t have any way to release these emotions.”

He continued, “I went down to the seashore cliffs and let out a scream, because I was on an uninhabited island. There were lots of boats in the area, and when the captains heard me scream they quickly docked to come and see what was wrong.”

This past January, Lee Tae Gon was approached by two men, who later accused him of assaulting them. At the time, the actor sustained a fractured nose and was the only one bodily injured in the incident. In March, Lee Tae Gon was cleared of all charges following the investigation.

Please Take Care of My Refrigerator
Lee Tae Gon
How does this article make you feel?