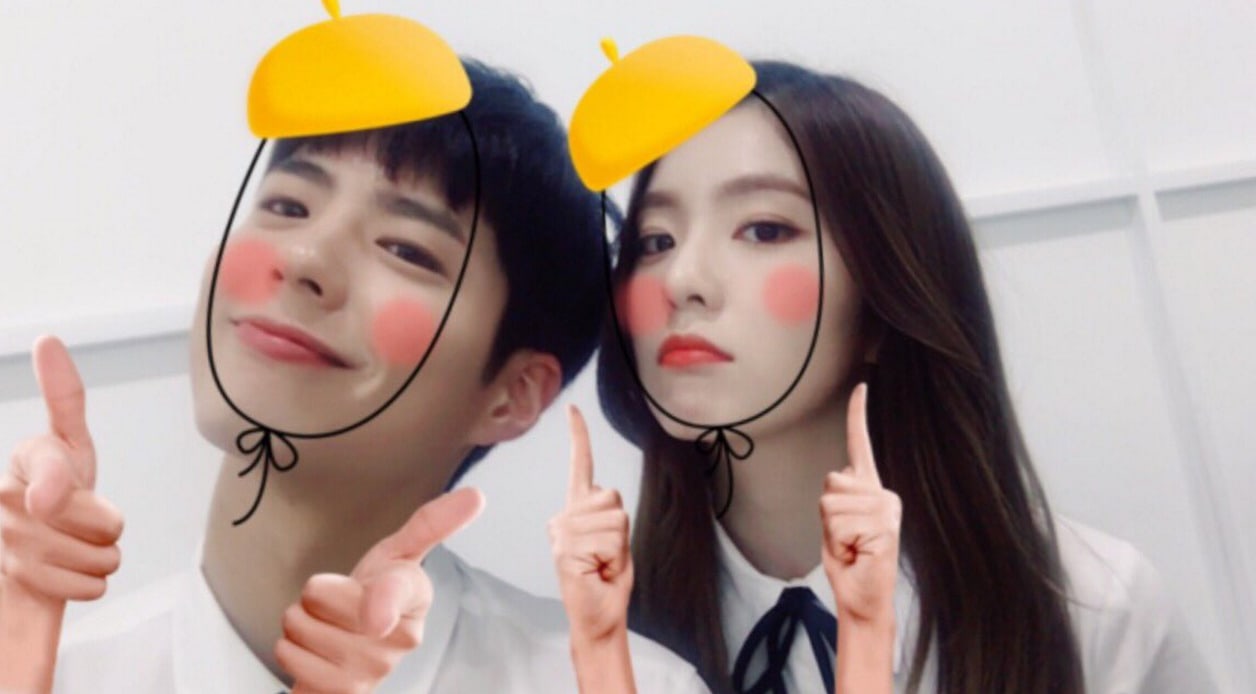 On a recent episode of MBC’s “Brother’s Thoughts,” Red Velvet’s Irene was asked about her former music show co-host Park Bo Gum as well as what her ideal type was.

Solbi pointed out the undeniable chemistry between actor Park Bo Gum and Red Velvet’s Irene from when they were music show hosts and said, “Park Bo Gum looked at Irene with loving eyes.”

Tak Jae Hoon added, “Let’s just be direct. Do you like Park Bo Gum?” to which Lee Sang Min replied, “Is there anyone who doesn’t like him?”

Heo Kyung Hwan then asked, “Did you two exchange numbers?” to which Irene finally replied, “I don’t have his contact information,” disappointing the other guests. 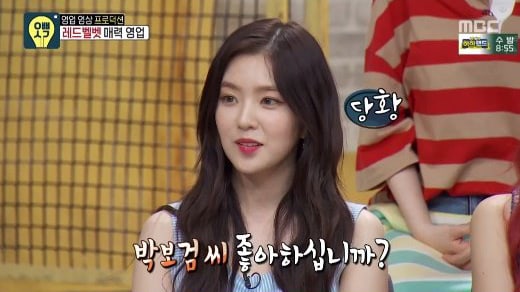 Tak Jae Hoon later said to Irene that rapper DinDin had picked her as his ideal type and asked what she thought about that. Irene responded, “I think it’s great…We’ve even been on a show together.”

Lee Sang Min then asked Irene what her ideal type was and she said, “I look more at personality than someone’s outward appearance. I like people who are warm-hearted.”

The other Red Velvet members also clarified misconceptions about Irene in the same episode of “Brother’s Thoughts.”