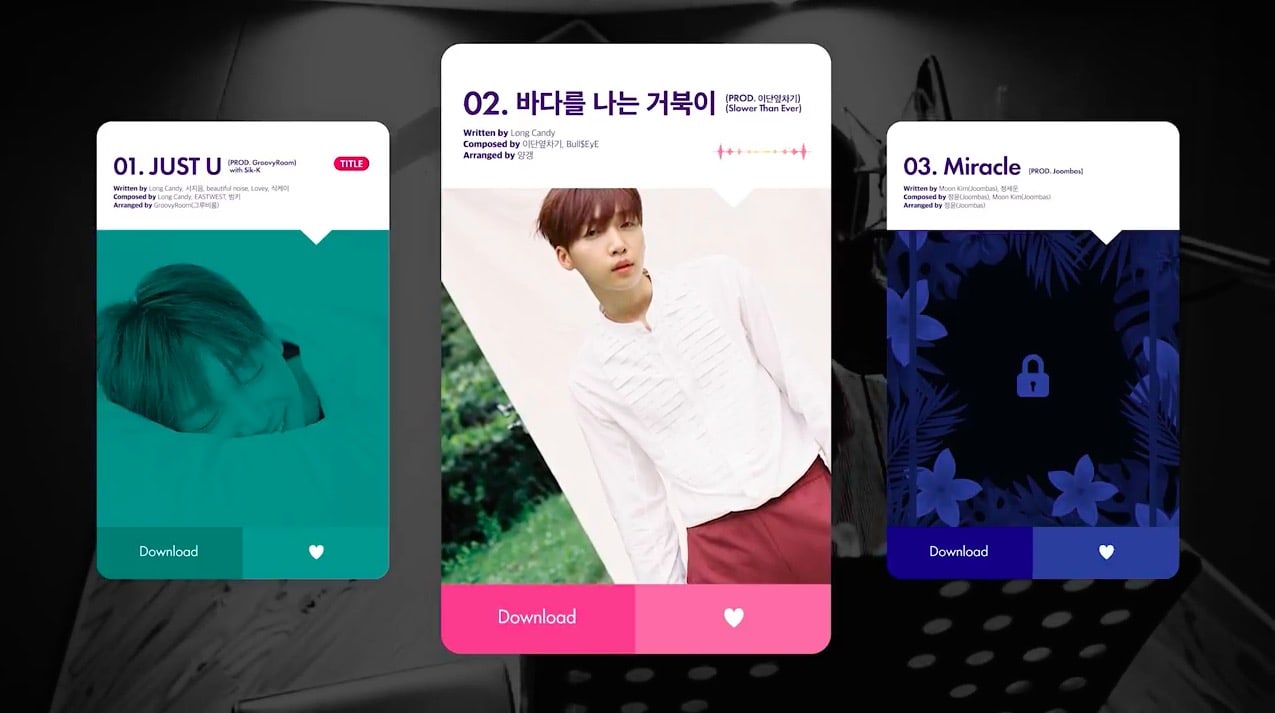 Jeong Sewoon has released a preview for his debut mini album “Ever”! Take a listen to clips of his tracks below.

Jeong Sewoon has released a stunning music film as he gears up to make a debut with his first mini album “Ever.”

Jeong Sewoon has released the first teaser video for his upcoming title track “Just U”! The song will feature Sik-K and was produced by GroovyRoom.

Jeong Sewoon has now revealed a track list for his first mini album, “Ever”!

The mini album will include six songs in total, including the title track “Just U,” and Jeong Sewoon’s self-produced track “Don’t Misunderstand,” which he wrote the lyrics for and composed along with Brother Su. 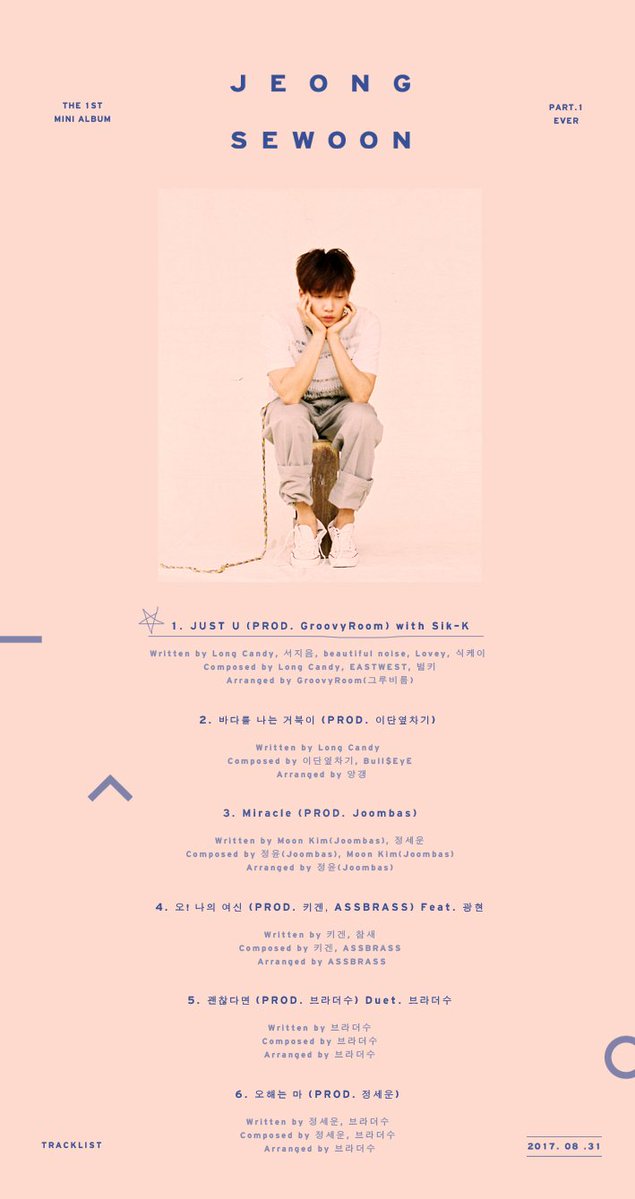 Jeong Sewoon has shared new photos from his upcoming debut music video. The photos were shared on his official Twitter account along with the hashtags “MV Spoiler” and “School uniform series.” Check them out below! 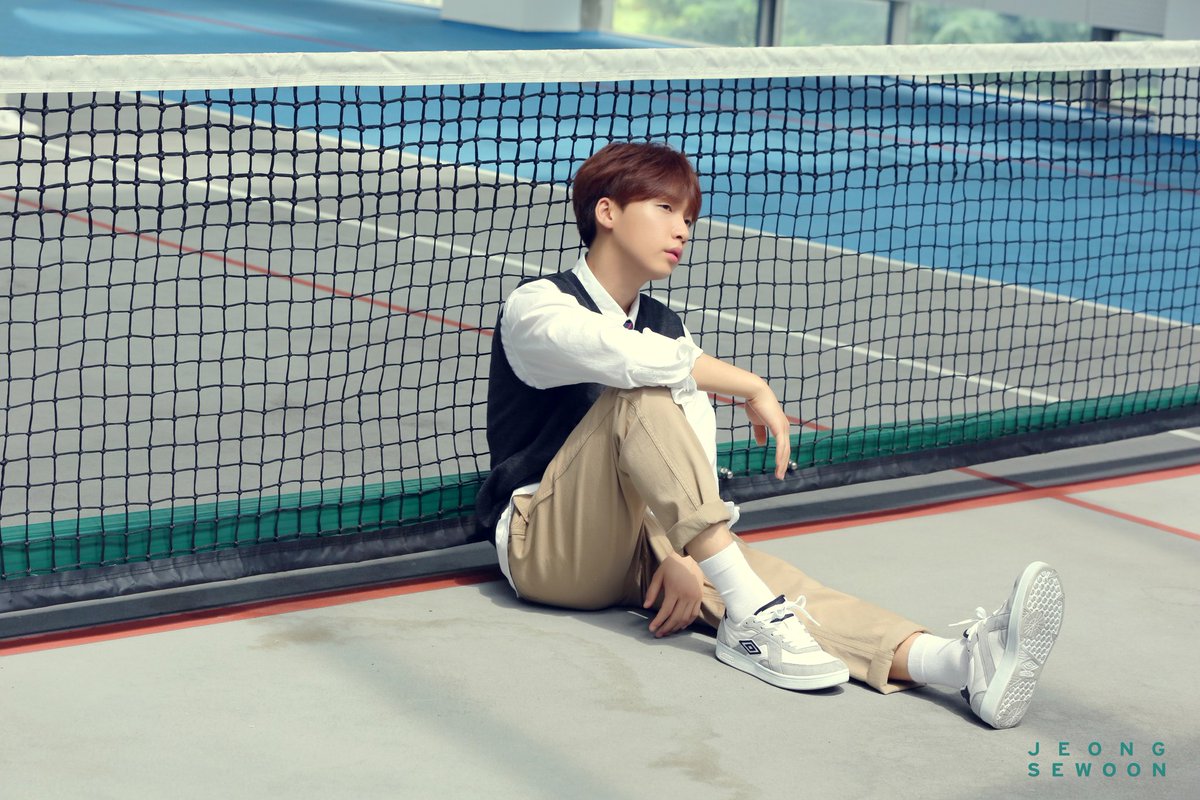 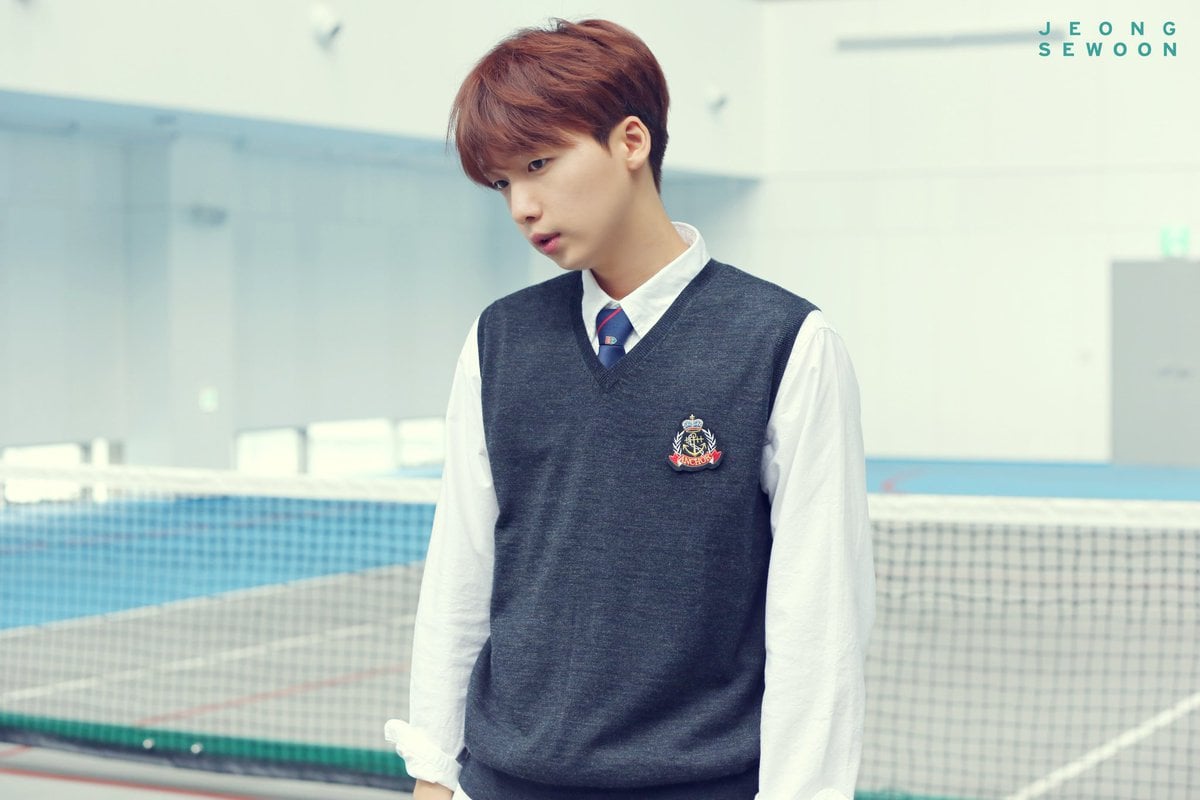 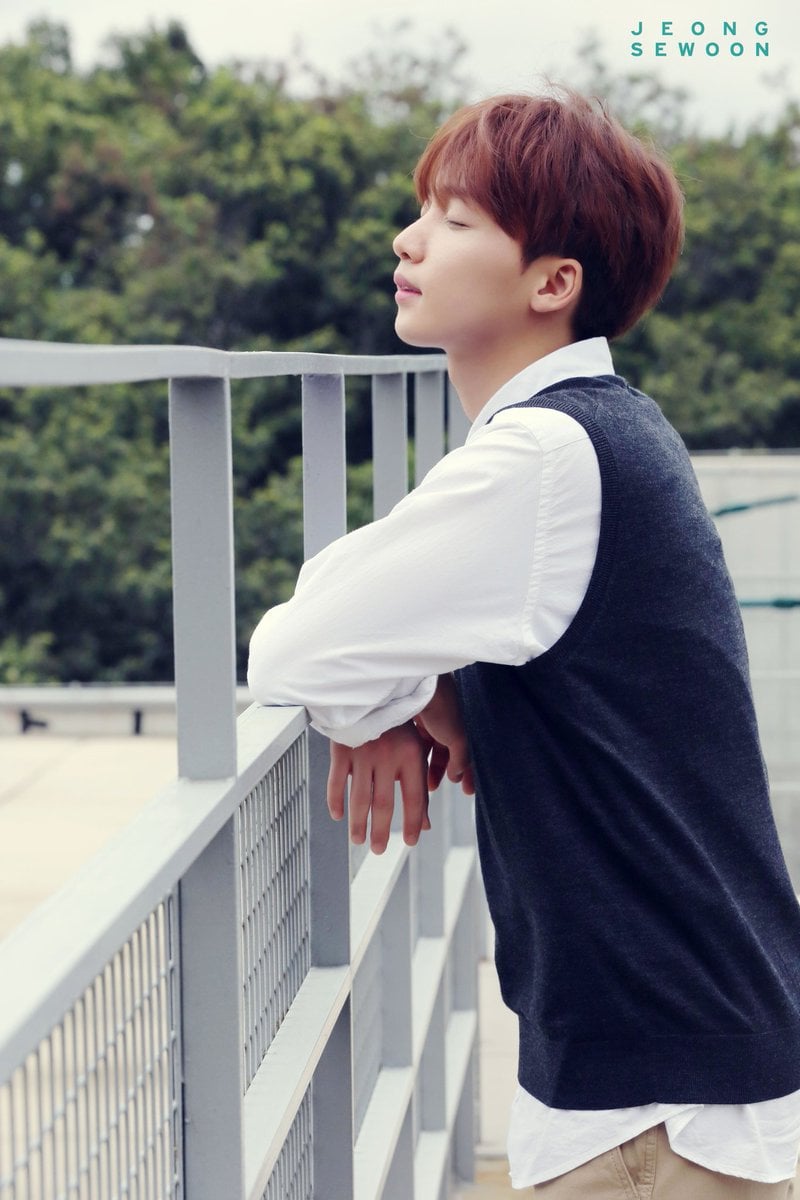 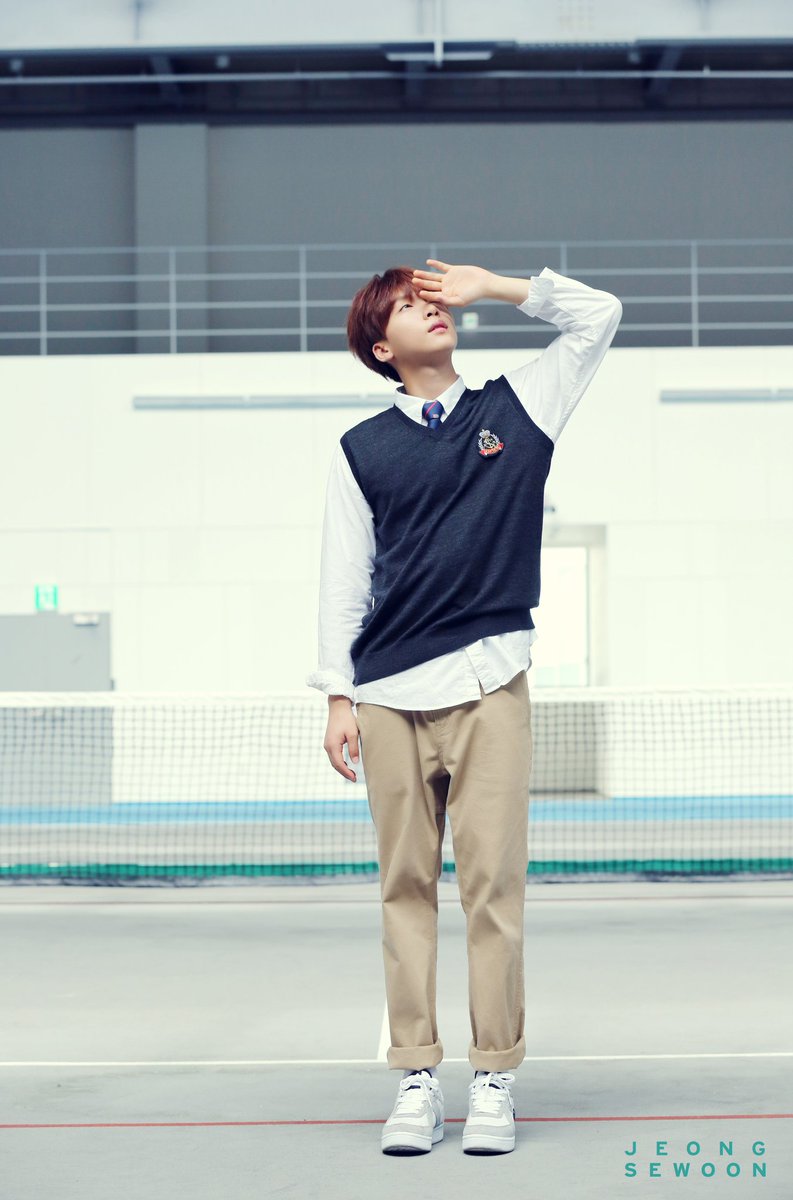 Jeong Sewoon has revealed the first concept photo for his debut album, “Ever!”

The singer had previously shared a photo of himself recording with the producers and featuring artists who will appear on his album.

The album, which will mark the former “Produce 101 Season 2” contestant’s solo debut, is slated for an August 31 release.

Jung Se Woon’s official debut date has been confirmed as August 31. Furthermore, his debut album will be separated into two parts featuring songs produced by famous producers including Primary, Groovy Room, Brother Su, MIND U, Duble Sidekick, and more. Some tracks will feature artists like Sik-K and Yoo Seung Woo.

Check out the release schedule below! 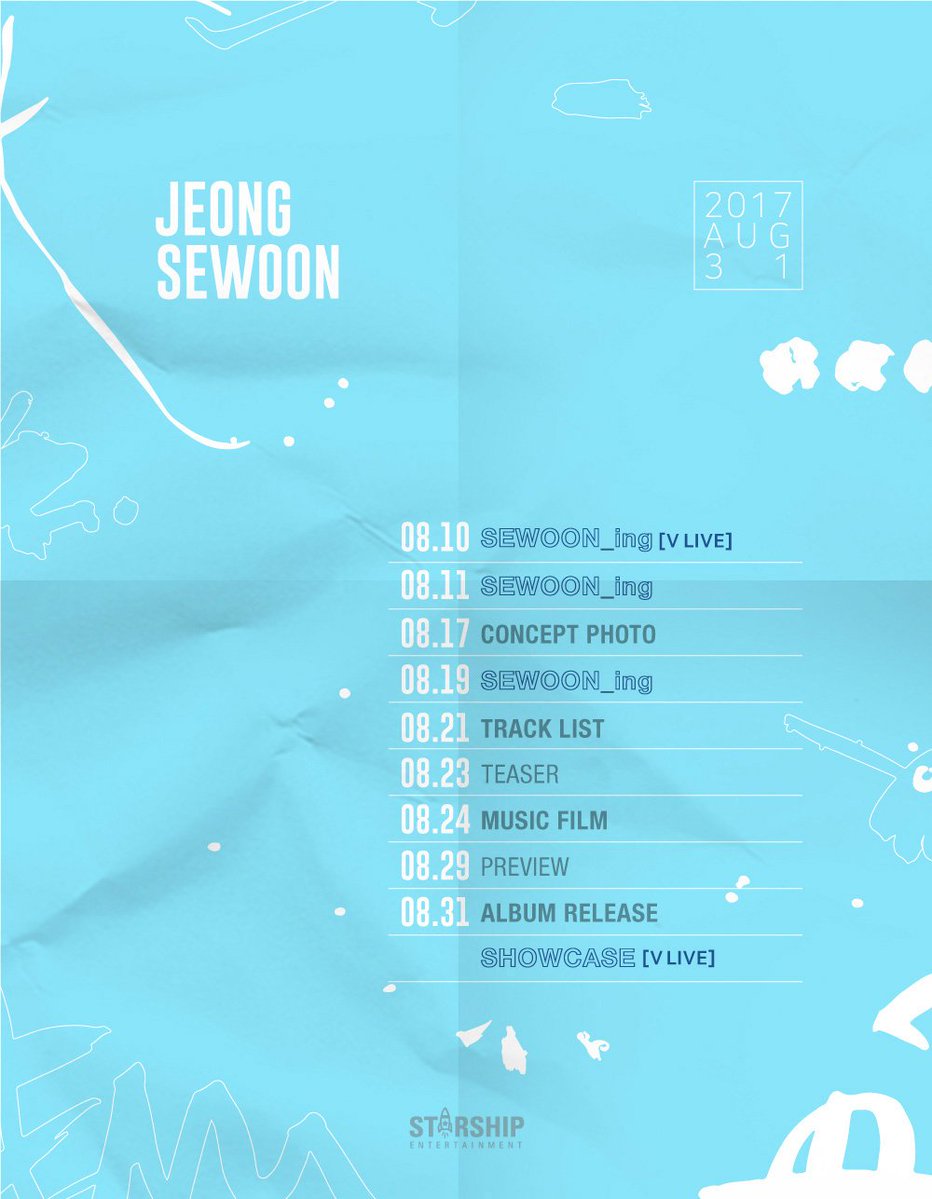 In the photo, Jung Se Woon appears to be hard at work on writing and composing music in a studio. A previous teaser dropped earlier this month hinted at the producers who would be collaborating with him on the album, including Primary, Groovy Room, Brother Su, MIND U, Kiggen, Duble Sidekick, and Joombas. The album will also feature artists such as Sik-K, Yoo Seung Woo, and Kwang Hyun.

What kind of music are you hoping to hear from Jung Se Woon?

Starship Entertainment trainee Jung Se Woon from “Produce 101 Season 2” is gearing up for his solo debut!

On August 1, various industry representatives reported that he has been gathering diverse tracks fitting for him to be included in his first solo album.

In response, his agency commented, “Jung Se Woon is preparing for a solo debut aimed for early September.” Details such as the album format, genre, and concept are yet to be decided.

Jung Se Woon placed 12th on “Produce 101 Season 2,” just barely missing the cut for Wanna One. He has since been carrying out various activities such as a busking event and photoshoots.