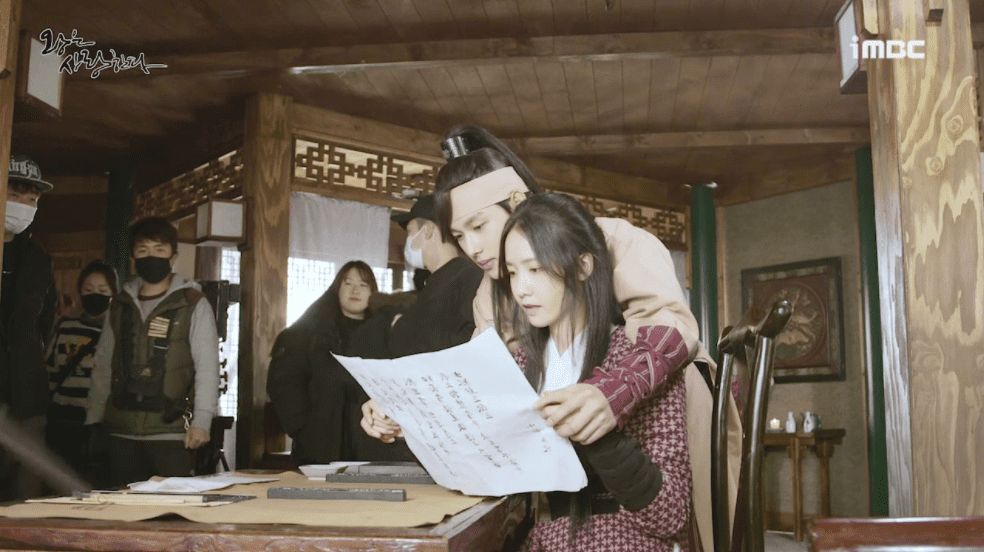 Watch: YoonA, Im Siwan, And Hong Jong Hyun Are Playful And Sweet Behind The Scenes Of “The King Loves”

In the making video of YoonA and Im Siwan, the two actors are acting a scene in which Im Siwan uses a parchment to get close to YoonA from behind, in a makeshift “back hug.” The two are all smiles when the camera stops rolling, playfully shouting “YOLO!” whenever someone on the staff says “Bring [the prop] here,” which in part sounds similar the American slang. “YOLO” then becomes the code word for bringing props onto the scene, elliciting smiles all around.

In another behind-the-scenes video, YoonA is with Hong Jong Hyun, acting out a scene in which their two characters have a run-in while eavesdropping on a secret meeting and must hide together. Stuffed under a table, the two actors have a good time, engaging in quiet conversation and playing around between takes.