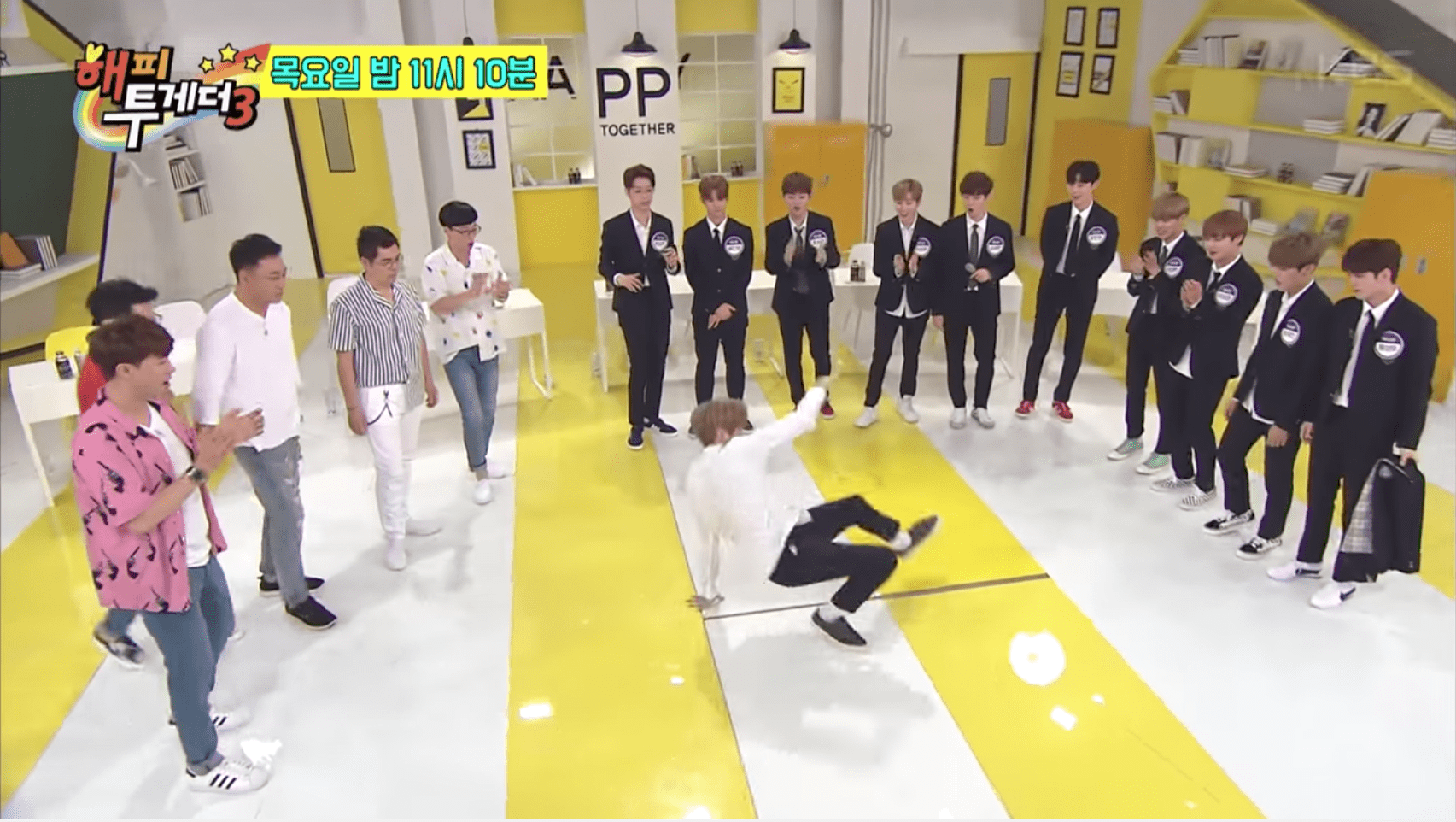 Watch: Wanna One Has A Dance-Off And Picks More Character Descriptions In “Happy Together 3” Teasers

After dropping preliminary teasers featuring their “positions” and individual talents, “Happy Together 3” has released more previews for Wanna One’s upcoming appearance on the show.

In the July 31 teaser, the members reveal some more thoughts about “positions” as Hwang Min Hyun is called everything from “real-life boyfriend” to “dad” (because he takes care of the other members). Yoon Ji Sung is the “mom” of the group, while Ha Sung Woon is the “aunt.” When asked which member requires the most care, Yoon Ji Sung gets in trouble by saying that it’s Lee Dae Hwi when he’s showering. (He later explains that it’s because Dae Hwi takes too long in the shower.) Meanwhile, Kim Jae Hwan is the self-proclaimed king of games and the other members tease Bae Jin Yong for being too good-looking.

The August 1 teaser was released to commemorate 500,000 views. In the preview, the Wanna One members engage in a dance-off against the “Happy Together 3” MCs. Several members show off their dance talents, while the MCs engage in a combination of dancing and physical comedy.

Kang Daniel, Park Ji Hoon, Ong Sung Woo, Hwang Min Hyun, and Yoon Ji Sung have been confirmed to be the members participating in the actual broadcast. The episode will air on August 3 at 11:10 p.m. KST.