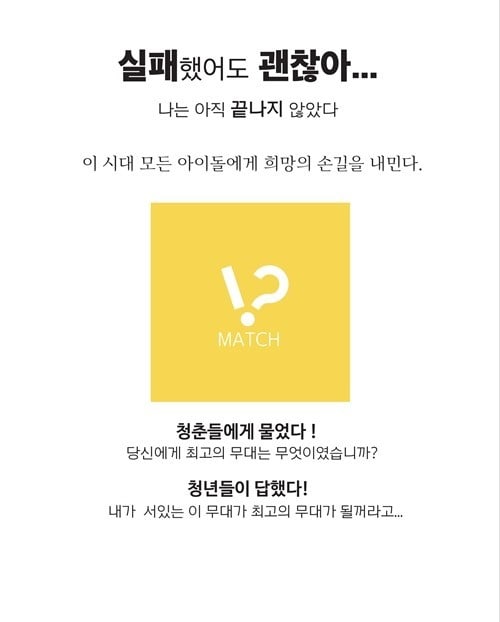 KBS’s new audition program “The Final 99 Match” (tentative title) has come under fire for reportedly pressuring agencies into sending recruits on the show.

“The Final 99 Match” is an audition program aimed at giving a second chance to singers who have already debuted but failed to find success. Rain has been reported to be in talks to MC the show.

Recently rumors have spread that KBS will be banning agencies from participating in KBS shows like “Music Bank” if they do not send one or two recruits to the show. A source from “The Final 99 Match” said to OSEN, “It is correct that we have met with management companies with the aim of recruiting people, but it is not true that we are restricting appearances on KBS if they decline.”

The source continued, “There is no reward or penalty whether they choose to appear on the show or not. From the start, our goal was to give opportunities to talented people in a limitative music industry.”

Singers of any gender who have released music in South Korea are allowed to participate in “The Final 99 Match.” Ordinary trainees, who have not yet put out official releases, will not be participating. The show is reportedly recruiting about 200-250 people.

“The Final 99 Match” is directed by Park Ji Young (“Gag Concert,” “Happy Together 3”), Won Seung Yeon (“The Human Condition”), and Son Soo Hee (“Singing Battle – Victory”) and is slated to air in October.

The Final 99 Match
How does this article make you feel?