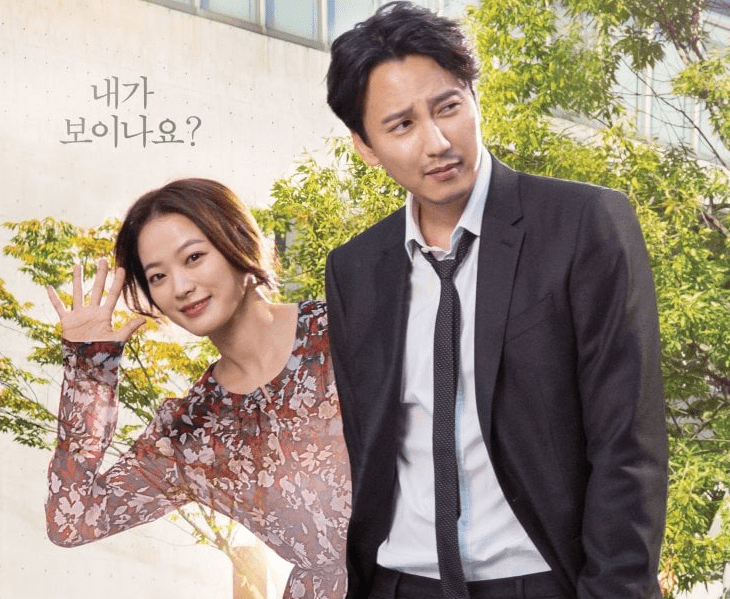 5 Reasons Why The Film “One Day” Will Steal Your Heart

As people, we revere life. But to be able to open up and drink in the world takes an inner calm that the activity of life can blast away. In the introspective film “One Day” (directed by Lee Yoon Ki), main character Lee Gang Soo, a man numbed to life after the death of his wife, learns to see the world anew thanks to the buoyant spirit of Dan Mi So. Walk with these two as they cope with the aftermath of tragedy and learn that life – and death – are what we make of it.

Plotwise, “One Day” doesn’t break any barriers, but that isn’t what this film is about. It’s all about the experience. The viewer moves through life moment-to-moment, just as Gang Soo does, although he doesn’t enjoy it in the least. In fact, he is utterly miserable. His wife has passed, leaving him grieving even as he returns to work as an insurance adjuster. Gang Soo then comes across Dan Mi So, whose spirit flits about in a hospital while her body is in a comatose state.

When Gang Soo comes to understand that he is not crazy nor hallucinating in his ability to see Mi So, she slowly helps him to take a brand new look at the world. At the start of the film, we see Gang Soo treating his clients as objects. He drinks, smokes, and never takes a look at the sun or nature in the opening moments. But towards the end of the film, the world becomes a bit more wondrous to him as he moves towards empathy.

However, Mi So is on a different path. In her coma, she is left wandering the earth, contemplating on what she needs to make a peaceful return to her body or to make a peaceful parting. The answer to those musings is one of the most difficult struggles of the film, but that answer is real and present in our world today.

It would be negligent if we didn’t mention that Kim Nam Gil gives one of his best performances in “One Day.” Kang Soo is a suffering, contemplative man who has a very shallow learning curve. His character requires great patience and understanding to execute well – something which Kim Nam Gil does in spades. The film sits squarely on his capable shoulders as Kang Soo flounders through the grieving process and befriends a spirit who helps him start on the path to acceptance of death and healing. It’s always difficult to portray characters who have suffered loss because overacting is such a danger. But with Kim Nam Gil’s fluid acting, there is no such worry.

There is such a unique delight in watching Chun Woo Hee flit about the screen. She brings a beautiful energy to her scenes, which she later adds weight to for more serious moments. Her character is a spirit that seems a bit like a fairy godmother to the grieving, appreciating the small things in life that radiate beauty and joy. To effervesce with seemingly little effort is a gift indeed.

Although Mi So toes the line towards death, life shines brightly within her, and Chun Woo Hee portrays this so well. Even during Mi So’s darkest moments, she finds strength in her loved ones, in the view she now has because of her literal free-floating spirit. Chun Woo Hee’s acting really draws out the sensuality of this character; not in a sexual way, but in that she is highly aware of the world around her. She misses the touch she had in her corporeal body, but she also enjoys the wonders of sight, sound, and smell as a spirit.

Films about spirits, death, and the long journey to acceptance are often mundane in regards to cinematography. While “One Day” isn’t the most exciting movie in the way it was filmed, it is cleverly framed and planned, with deliberate visual punctuation to written concepts.

The strongest moments are when the camera angles strike jagged emotions into stark relief, such as Gang Soo’s utter devastation after losing his wife. The camera tucks in close before pulling away to reveal a messy array of self-medicating items: cigarette butts, alcohol bottles, and pills.

Another moment is when Gang Soo doesn’t quite understand Mi So’s appreciation of the little things, and the film shows the two sitting in opposite directions; casting his face into darkness and hers into light. When the understanding buds within him, he imitates what she has done only a scene or two before. Such clever placement reinforces emotional ties to the characters and to the slowly but steadily developing film.

Stop and smell the roses, or in the case of “One Day,” the falling cherry blossom petals. Pain is going to be there, but the message of this film tells us to accept it, grieve, and then let go. Only then can we enjoy living as well as remember the memories of times with those who have passed. Things are not always as they seem, and perspective is an important part of the happiness that can be found. This idea brings us to the story’s most difficult concept to stomach: assisted suicide. Whether one is for or against it, the story, in part, tells of Gang Soo’s struggles with a particular request for eternal rest.

Another message found in the story is that of love. Yes, the relationship between Gang Soo and Mi So can be construed as a love story, and yes, in a way they do love each other. But more importantly, their care for each other helps them both grow past the difficulties they are facing. Because of this, both of them (especially Gang Soo) learn to approach life and living with all five senses that are ready to encounter the world.

“One Day” is a contemplative film that might seem slow and steady in its pace, but it is also a film that is ready to walk into your hearts.

Take a quiet chunk of time out of your day and watch it below: