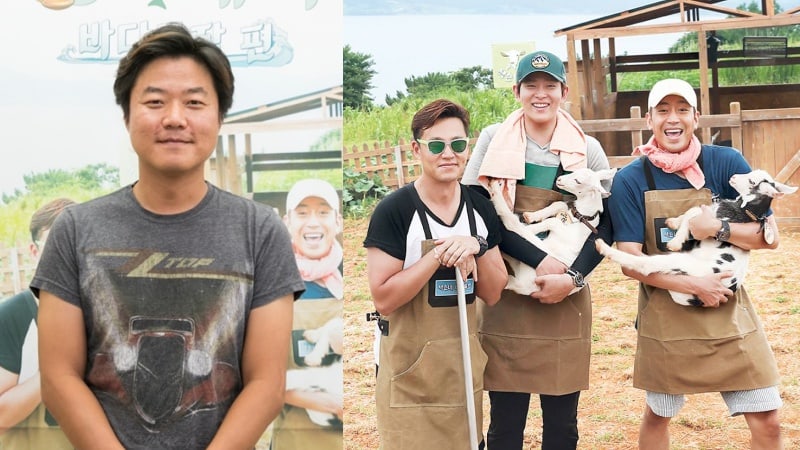 PD Na Young Suk finally revealed why he decided to have the cast of “Three Meals a Day” take care of a seaside farm in the new season.

During the show’s press conference on August 2, the PD said, “Like the title of our show indicates, we’ve created a seaside farm. We were thinking about where we should film the new season, and we came to the conclusion that there’s nowhere better than Deukryangdo. We chose to return to the island to show viewers what it looks like in the summer, and we decided to bring Jackson [the goat] to shake things up a bit.”

Na Young Suk added, “The season will follow the cast as they take care of Jackson’s family. That will be the thing to look for in this new season.”

When asked why he decided to open up a farm, the PD explained, “When we were wrapping up filming for the last season, we all said we should return in the summer. Because we’re on an island, we should have the cast fishing for food, but we learned last season that the trio has no talents whatsoever when it comes to fishing. That’s why we tried to look for something new and came to the decision to bring Jackson along for a unique experience.”

Talking about how things have changed in the new season, Na Young Suk also brought up how Eric has changed since becoming a married man. He explained, “Eric’s personality has become a lot brighter since getting married. He’s usually quite introverted, but he’s become brighter and more talkative.” The PD also emphasized, “His cooking has gotten a lot faster too. He’s shortened his cooking time by about an hour, and he’s really improved.”

The seaside farm edition of “Three Meals a Day” will follow Lee Seo Jin, Eric, and Yoon Kyun Sang as they head of to Deukryangdo again. The first episode will air on August 4 at 9:50 p.m. KST.

Three Meals a Day
Eric
Na Young Suk
How does this article make you feel?