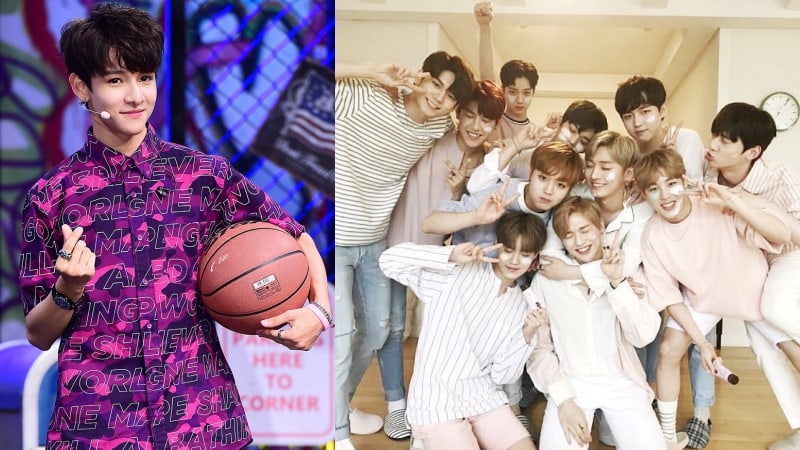 Samuel Kim held a showcase for his debut mini album “SIXTEEN” on August 2 and he opened up about promoting around the same time as Wanna One, what he gained from “Produce 101 Season 2,” and how he overcame his elimination from the show. 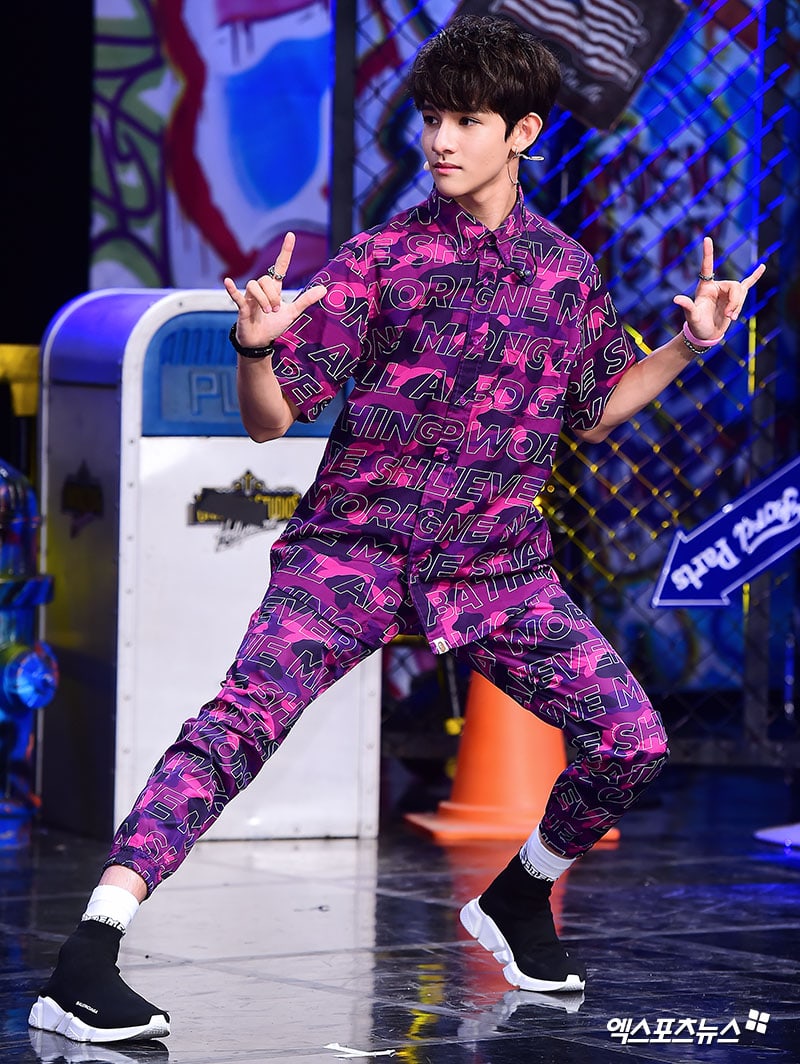 While talking about his debut, Samuel Kim brought up the fact that both he and Wanna One will be making their debuts in August. When asked how he felt about that, the young singer said he was excited and added, “I’m friends with all of the members of Wanna One. I’m especially close with Park Ji Hoon, Ong Sung Woo, and Kang Daniel. We haven’t been able to keep in touch these days because we’re so busy, but I recently got a text message from Lai Guan Lin that said, ‘Muel, I heard you’re making your debut in August.’ I replied back, ‘I heard you guys are too,’ and we sent supportive messages to each other.”

He expressed anticipation as he said, “We just happen to be making our debuts around the same time, and I think we’ll have fun seeing each other for the first time in a while and promoting at the same time.” 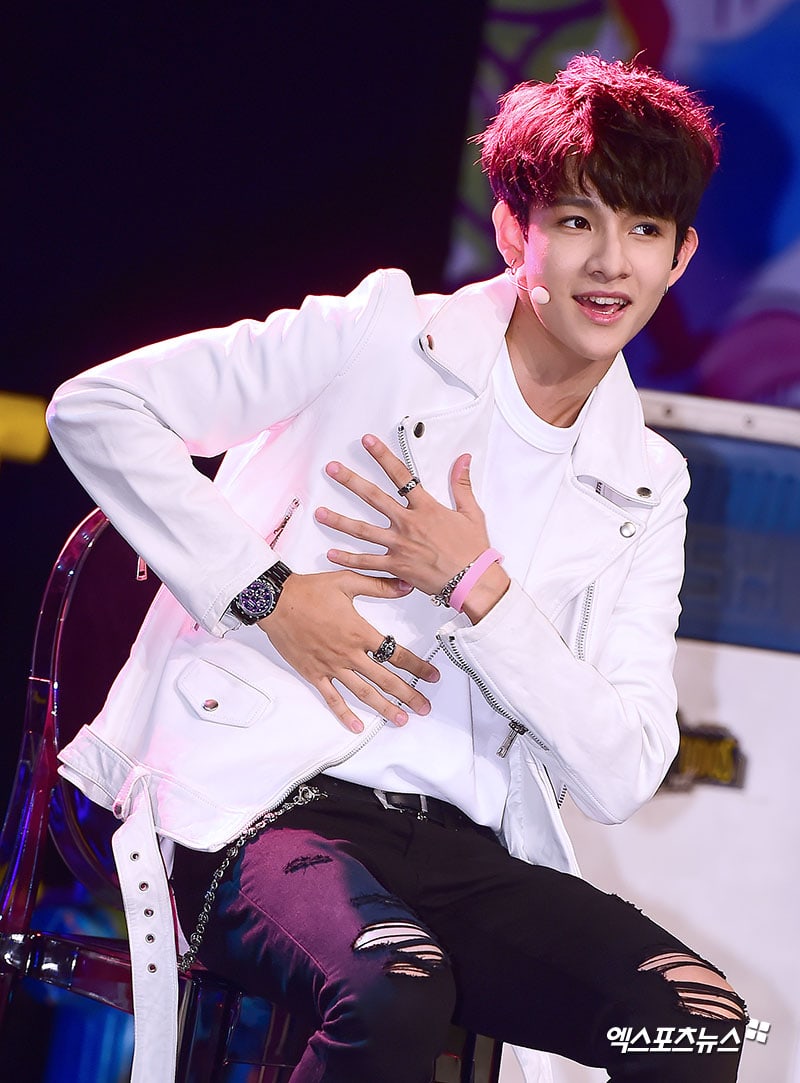 Samuel Kim naturally talked about his experience on “Produce 101 Season 2” as well, which is where he met the members of Wanna One as well as many other trainees. He confessed, “Before I appeared on the show, I was afraid of people’s scrutiny. I kept worrying about how I would look like in the audience’s eyes. It was because I felt like I was lacking as a singer. But ‘Produce 101 Season 2’ taught me how to appeal to people, and to relax and just have fun.”

He especially expressed gratitude for his fellow contestants as he said, “They told me to just dance like nobody is watching me, and they taught me how to not be scared and just have fun. Their advice meant a lot to me.” 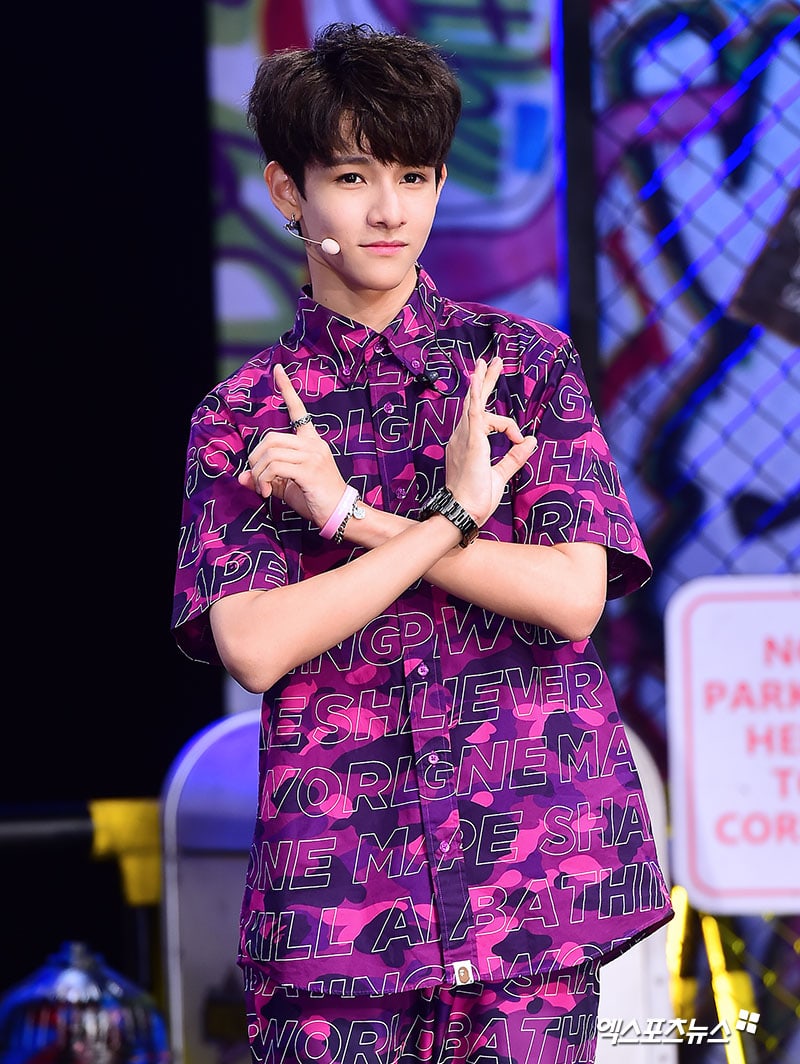 Though he showed a lot of potential during the show, Samuel Kim came in at 18th place and unfortunately did not make it into the final group. The singer stated, “I admit that I was expecting to make it. To be honest, I was a little disappointed when I didn’t. When the show ended, I went home and cried. I cried a lot in the shower thinking about all the hard work I put into it. But I didn’t give up on my dreams of becoming a singer.”

He talked about how he overcame his elimination as he said, “To be honest, I think that I didn’t make it because I was lacking. But my friends told me not to give up, and I got so much support from them, as well as from my fans. That gave me the strength to keep going.”

Wanna One
Produce 101 Season 2
XPN
Samuel
How does this article make you feel?