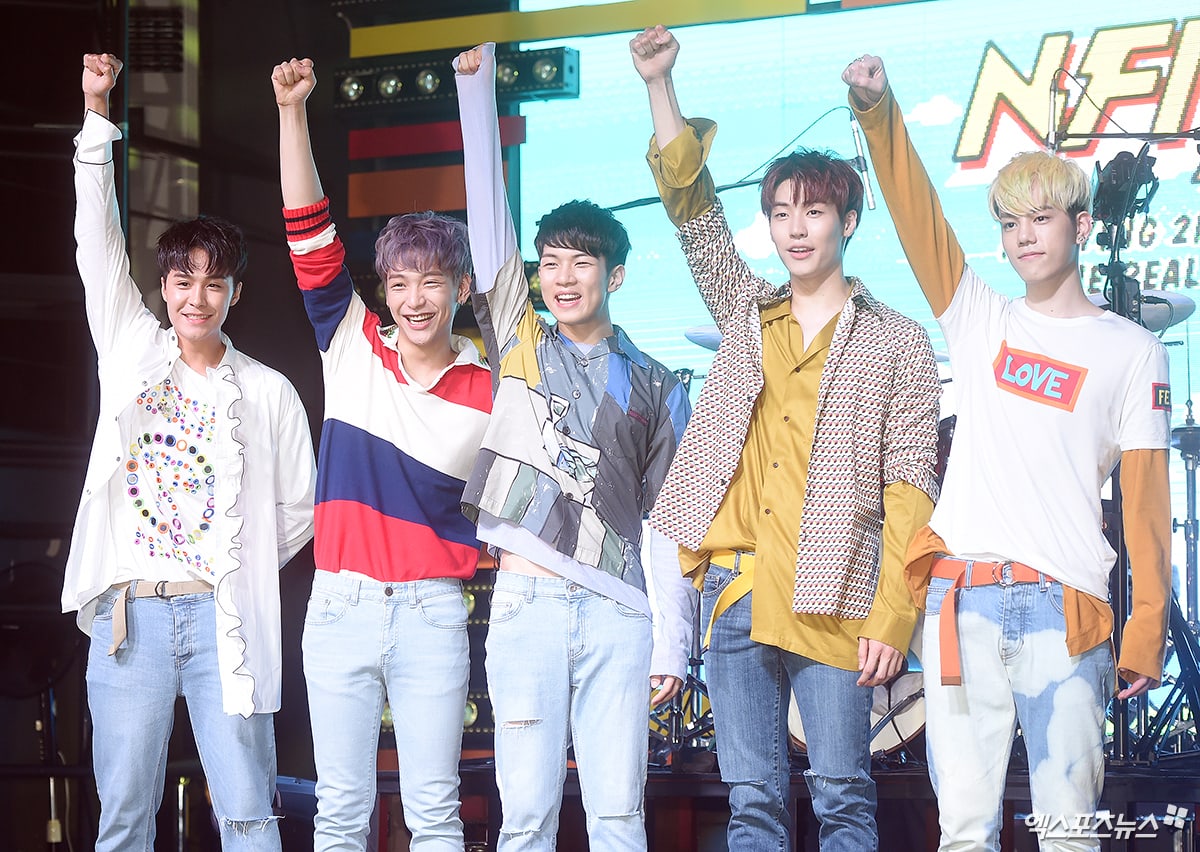 N.Flying recently talked about their comeback as a five-member group!

On August 2, they held a showcase for their second mini album “The Real.”

During the showcase, FNC Entertainment’s CEO Han Sung Ho came to support them and also talk about their new group dynamic. “This is the first time that I’ve attended a showcase like this,” he said. “I came to explain some things because there are people who think that N.Flying isn’t doing well like FTISLAND and CNBLUE, and fans are also curious.”

He continued, saying, “N.Flying is the first group that I planned when I first started FNC. I wanted to create a new generation band that had more groove to it. N.Flying was originally planned to be a five-member group, but leader Seunghyub couldn’t find a fifth member that fit with the group (in terms of musical style) and so they promoted with four members. But I thought that there would be limitations to not being a five-member group, and so I searched for a vocalist.”

Han Sung Ho added, “I honestly thought Yoo Hoe Seung would get eliminated immediately after appearing on ‘Produce 101 Season 2.’ It was because we had found a vocal that fit with the band. We sent out Yoo Hoe Seung so that he could gain some stage experience.”

N.Flying
XPN
Yoo Hwe Seung
How does this article make you feel?