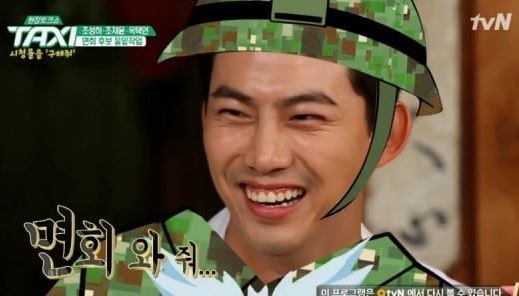 On August 2, 2PM’s Taecyeon appeared on tvN’s “Taxi” with Jo Jae Yoon and Jo Sung Ha to promote their upcoming OCN drama “Save Me.” 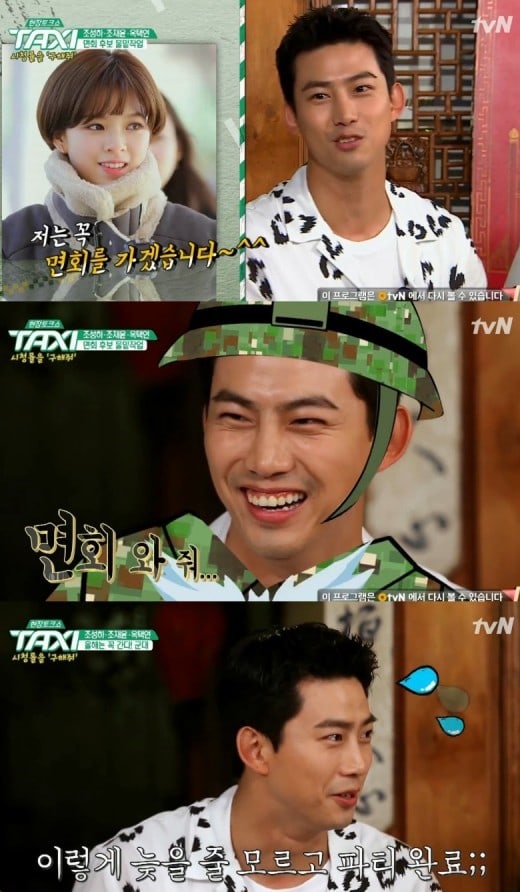 Regarding his upcoming military enlistment, he said, “It doesn’t feel real yet.” The host asked if he will have a party with the other 2PM members before he enlists, but Taecyeon revealed, “We already had a party last year because we didn’t know [my enlistment] would be pushed back so far.”

Then, in response to a question asking if there was a junior that agreed to visit him at the military camp, he said, “The only person I’ve gotten a definite answer from is TWICE’s Jungyeon.”

See Also: 2PM’s Taecyeon Reflects On His 20s And Speaks Candidly About Entering His 30s

When Jo Jae Yoon and Jo Sung Ha shared stories about their married lives, Taecyeon shared his hopes for his own marriage in the future. “Ever since I was little, I’ve always wanted to get married early. My father got married when he was 27, and I had the vague thought that I wanted to get married around that age too.”

As for his ideal type, he explained, “I have friends in the U.S. as well, so I want her to be someone who can speak English. Also, she should be someone that doesn’t rely on me and someone I can comfortably talk to. That’s important.”

2PM
Taecyeon
Taxi
How does this article make you feel?