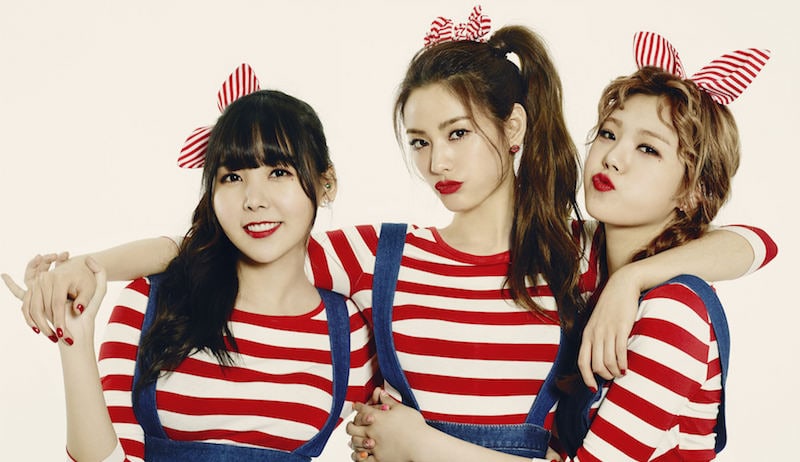 During a recent interview, Raina was asked about whether or not the hit After School unit Orange Caramel might be making a return.

Raina made her debut in Pledis Entertainment’s girl group After School in 2009, and has also been part of the group’s hit unit Orange Caramel along with members Nana and Lizzy. The trio is known for their hits including “Catallena,” “My Copycat,” “Lipstick,” and more, and hasn’t promoted together since 2014.

Raina laughed over his enthusiasm and admitted, “I’m asked that a lot. I’d like it if we did too, but I think there are a lot more junior artists at our agency now, including groups and solo artists.”

Raina said they had been planning to do something new and even recorded for it, but the agency decided to look for something better for them. “It kept getting delayed over time,” she said.

“We’ve also gotten older, and I think the agency wonders if it would be good for us if we continue with this image,” she added. When the hosts insisted that a lot of fans want them to return, Raina said, “Yes, I think it’s a shame too.”

Yang Se Hyung said he had wondered if there had been an issue between the members or with the company, but Raina insisted that wasn’t the case.

“It’s been postponed,” she clarified. “But if the song was really good… But it has to be really powerful. That’s Orange Caramel’s identity. I think we all think that if we did a ‘pretty’ concept, it’d be better to just not do it at all. But it’s hard to find that kind of thing.”

Orange Caramel
Raina
How does this article make you feel?