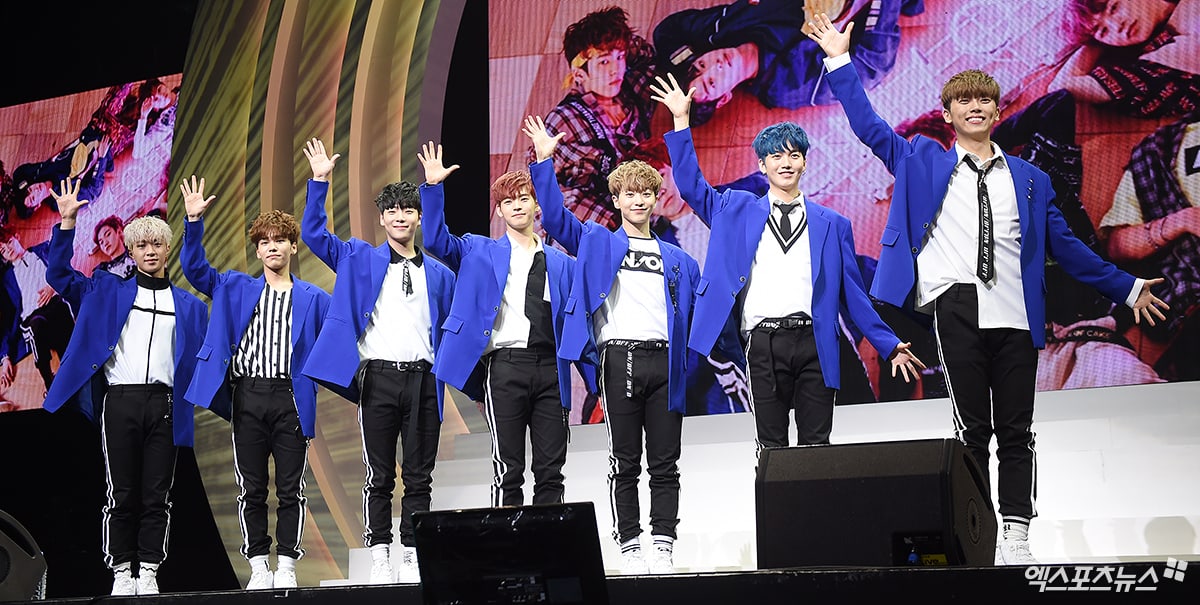 On August 2, ONF held their debut showcase at Yes24 Live Hall in Seoul where they performed their new songs, talked about their labelmates B1A4 and Oh My Girl, and explained their concept as a group.

He continued, “The ON team leader is Hyojin and the OFF team leader is J-US. That’s why we have two leaders. I’m the ‘&’ part of ON&OFF.” ONF has seven members in total.

XPN
ONF
How does this article make you feel?