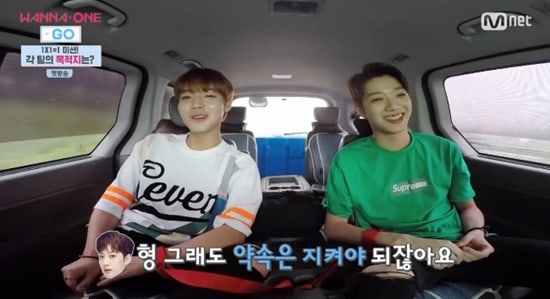 Wanna One’s Park Ji Hoon talked about the story behind the time he pecked Lai Guan Lin on the cheek during “Produce 101 Season 2.”

On August 3, the first episode of Mnet’s reality show “Wanna One Go” showed Wanna One members heading to their destination in pairs and groups. 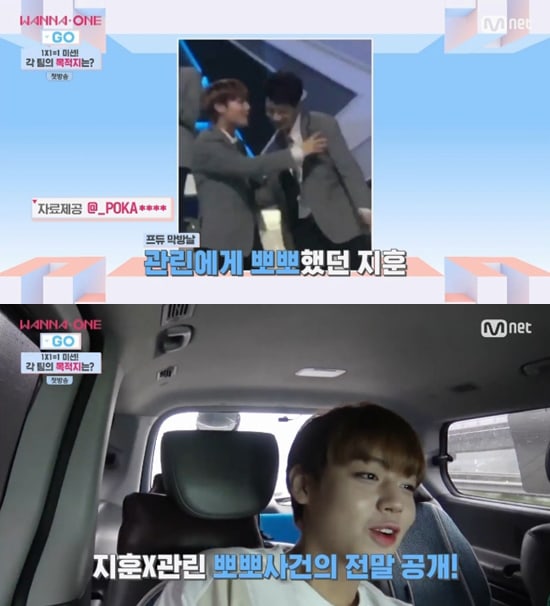 Park Ji Hoon and Lai Guan Lin formed a team, and while the two were on their way, they talked about the kiss on the cheek that aired during the survival show’s finale. When Park Ji Hoon took the No. 2 spot and was being welcomed by fellow Wanna One members, some viewers noticed Lai Guan Lin showing Park Ji Hoon his cheek and receiving a peck from his friend. 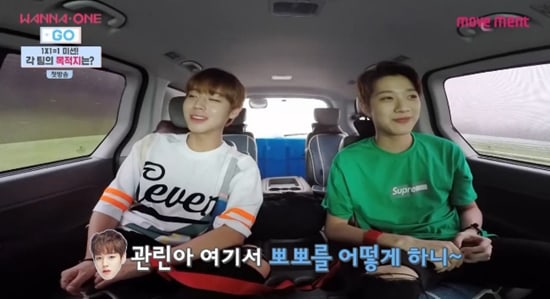 Park Ji Hoon revealed, “Before going in to shoot, Lai Guan Lin told me, ‘Kiss me on the cheek if I make it into No. 11.’ When I went over to congratulate him after the results were announced, he said, ‘You have to keep your promise.'” 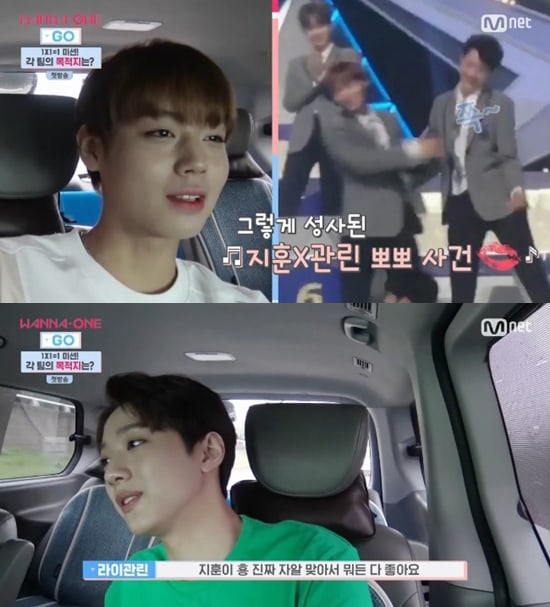 In response, Lai Guan Lin remarked, “I like that Park Ji Hoon and I get along well,” and added, “When we get in the car, everyone’s busy chatting but only the two of us fall asleep.”

Wanna One will be making their debut on August 7 with their first mini album “1×1=1 (TO BE ONE).”

Wanna One
Produce 101 Season 2
Lai Kuanlin
Park Ji Hoon
Wanna One Go
How does this article make you feel?