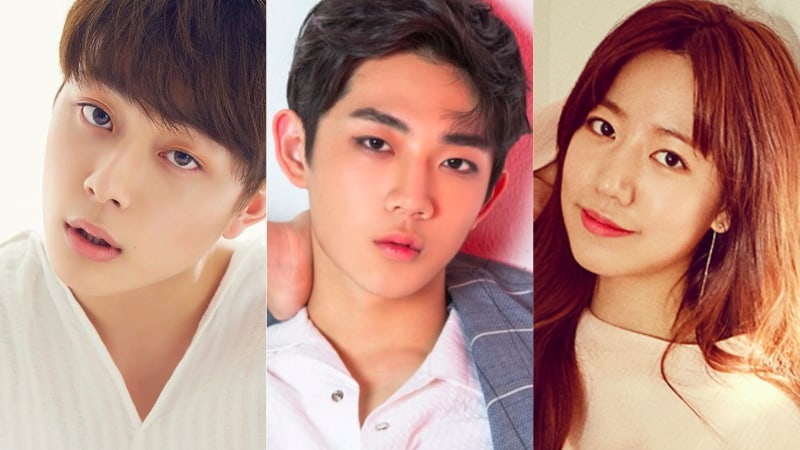 Yoo Seon Ho and Ahn Hyeong Seop from “Produce 101 Season 2” and Apink’s Namjoo have been cast as leads in a web drama!

“Mischievous Detectives” (literal translation) is a comedic mystery that follows two genius high schoolers and a female police detective as they solve cases that arise while following the disappearances of the boys’ parents.

Yoo Seon Ho will play the role of Pyo Han Eum, an honorary forensic investigator that was awarded for solving a murder case, while Ahn Hyeong Seop’s character Seol Oh Sung is an honorary profiler that was awarded for solving the theft of a cultural asset. Both of their characters have parents that went missing. They are mischievous high schoolers, but the moment an incident occurs, they showcase their incredible intelligence.

Apink’s Namjoo has been cast as the righteous female detective Oh Jin Kyung. She is an ambitious character that becomes somewhat of a guardian to Oh Sung and Han Eum as she helps them solve the cases.

Ahn Hyeong Seop commented on his casting, “I do feel burdened being cast as a lead in my first drama, but it gives me a lot of strength to be with Yoo Seon Ho, as I became close with him through ‘Produce 101 Season 2.’ I also want to learn a lot from our senior Kim Nam Joo.” He added, “Especially as it is my first acting project, I will work to show the best result from the best effort, so please give a lot of attention and anticipation.”

“Mischievous Detectives” will be nine episodes and is set to be released on Naver TV sometime in September.

Check out a short teaser of Yoo Seon Ho and Ahn Hyeong Seop below!