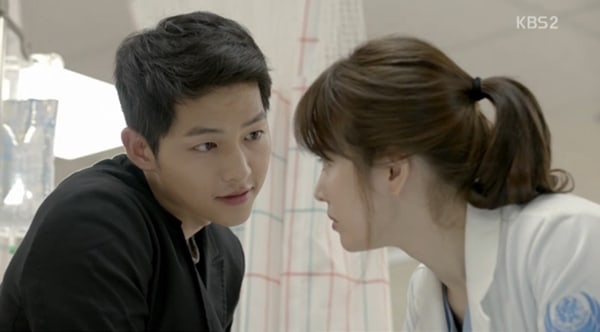 In an interview that aired on the August 4 broadcast of KBS’s “Entertainment Weekly,” Song Joong Ki opened up about his feelings regarding his proposal to Song Hye Kyo.

When the MC first introduced the topic by asking if he prepared a proposal, the actor confirmed, “Of course.”

Song Joong Ki said, “I just remember that I was really nervous [when proposing]. While we may be actors who are known to many people, we are no different from any other couple when it comes to love. It really wasn’t anything extraordinary, although it was something very special to us.” 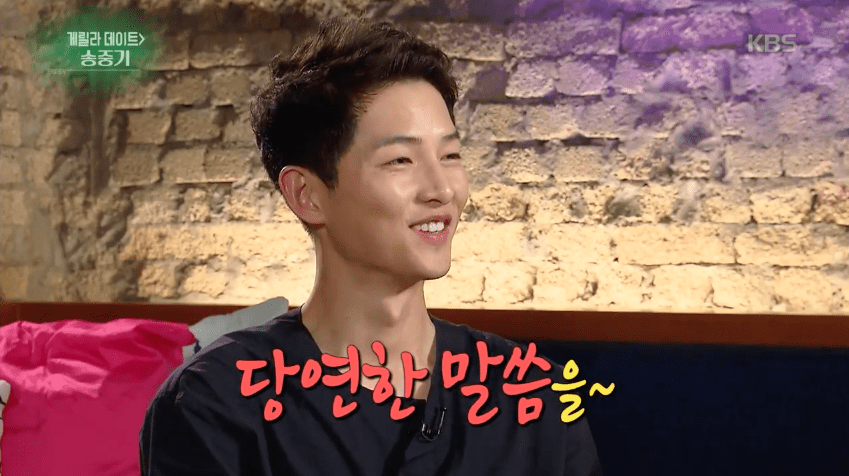 When the host also pointed out some of the similarities between the two actors, such as how both of them were MCs for “Music Bank” at one point, Song Joong Ki affirmed that they were similar in many aspects.

“[For example,] the dramas we like to watch are consistently the same. These days, we are watching “Father is Strange,” and the couple we like in the show is the same as well,” Song Joong Ki revealed.

Song Joong Ki and Song Hye Kyo will be tying the knot in October.