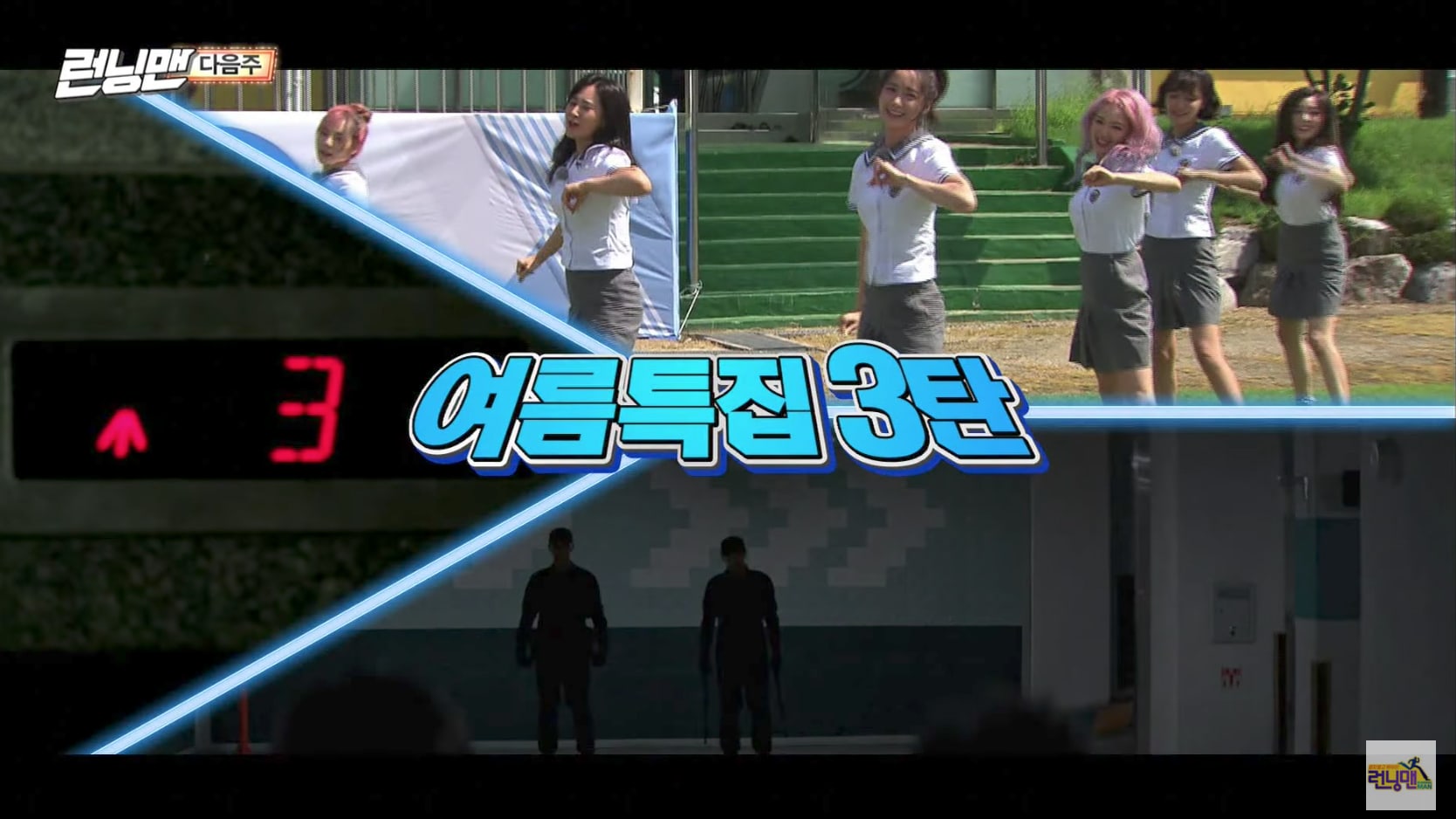 It was previously revealed that Girls’ Generation and actors Park Seo Joon and Kang Ha Neul would be appearing in upcoming episodes of “Running Man.”

On August 4, SBS released a new teaser for their summer special episode, which will be divided into three parts. The first part will feature Park Seo Joon and Kang Ha Neul, who are currently promoting their new film “Midnight Runners,” as they take on the role of “policemen” in an attempt to find the “boss” amongst the “Running Man” cast members.

The second part will feature Girls’ Generation and the teaser heightens anticipation for the episode as it shows the members having a dance-off in school uniforms, a nostalgic look they haven’t sported in a while.

The third part will be a horror-themed episode, as it shows the cast members frantically running about a creepy location as chilling music plays in the background.