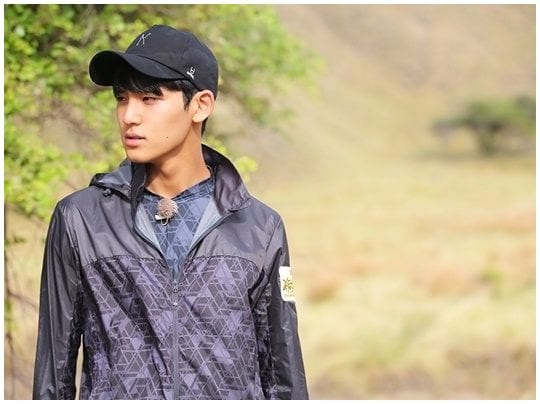 Watch: SEVENTEEN’s Mingyu Gets Terrified Of Komodo Dragons On “Law Of The Jungle”

SEVENTEEN’s Mingyu is understandably but hilariously terrified of Komodo dragons on SBS’s “Law of the Jungle.”

On August 4, “Law of the Jungle” showed the cast on Komodo Island going on a late-night search for cassava. While Yang Dong Geun and EXID’s Hani were relatively calm about the situation, Mingyu was extremely worried that they might come across Komodo dragons.

He was so on edge that he yelled out of surprise at the cameraman’s footsteps and even jumped at small flies that came at him.

However, he demonstrated that he was a useful addition to the team by helping Hani make hunting tools and cleaning fish. He even created a searchlight using a magnifying glass and a flashlight to keep an eye out for wild animals. He earned himself the nickname “MingGyver” after the American TV show protagonist MacGyver.

Follow Mingyu in his nerve-racking search for cassava below!

SEVENTEEN
Law of the Jungle
Mingyu
How does this article make you feel?