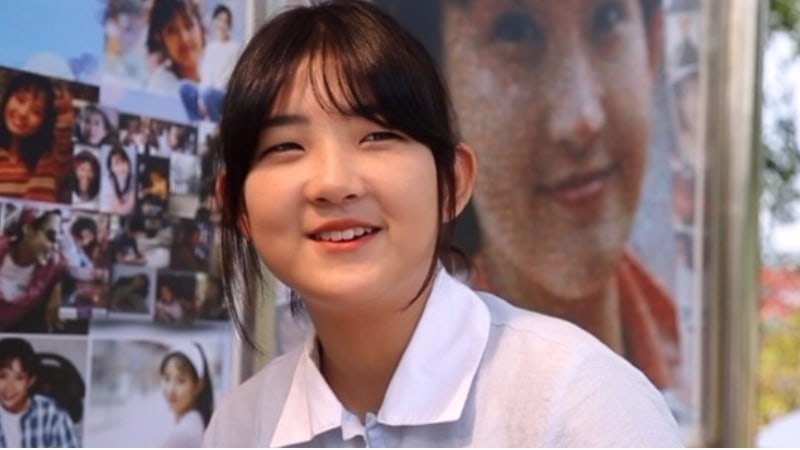 The late Choi Jin Shil’s daughter, Choi Joon Hee, uploaded a shocking post to Facebook on August 5. She revealed that she had been suffering abuse at the hands of her grandmother since her mother’s death and requested help.

“Hello everyone, I am the late Choi Jin Shil’s daughter, Choi Joon Hee. The reason why I am uploading this today is to reveal what has really been going on in my seemingly good life.

I am currently in 8th grade. I thought my life fell into shambles when my mom passed away but, in reality, it started going south when I was in 4th grade.

I thought that after my mom’s passing, I would live in misery. But I was the same as other elementary schoolers; I went to school everyday and watched Spongebob.

I was too young at the time, so I thought after 5 days, after 10 days, she would return. I had to say farewell to my most beloved family members at 11 years of age, and a few days later, my grandmother stubbornly said, ‘I can’t bear to see you with that ***, so I told her to leave the house. She’s destroying your character.’ This was the first time I became severely depressed. I dug my face into my pillow so I wouldn’t be heard by my grandmother and cried every night. I missed my grandaunt so much so I put her clothes, glasses, perfume, and socks on a big teddy bear and hugged it to sleep. However, my grandmother ruthlessly tossed that teddy bear on the floor and yelled at me. I was so scared and wondered what my grandaunt and I did wrong.

A few days later, I was so mentally shattered. Mustering all of the courage that I had, I secretly contacted my grandaunt via Kakaotalk. Luckily, she answered and just said that she was sorry for not being able to protect me. She told me that we could only meet again after I became a legal adult.

One day after taking a nap in the living room, my cell phone disappeared.

A few minutes later, my grandmother said, ‘Do you think just because you have a passcode, I can’t figure out what it is? I know you’re contacting your grandaunt.’ From then on, she started routinely checking my phone. Whenever she was even the tiniest bit suspicious, she would take it away and not give it back to me.

A few weeks later, my chorus teacher, who knew of my situation, contacted my grandaunt and she came to visit me at my school. I had to pretend to be happy, but I really felt like crying.

I don’t know how she found out, but my grandmother figured out a few days later that my grandaunt came to my school to visit me. My grandmother then proceeded to contact my teachers to make sure I did not meet with my grandaunt. My teachers knew what was happening, but couldn’t do anything about it. This was the first time the word ‘suicide’ crossed my mind.

My depression worsened in 5th grade. My grandmother’s yelling and violence became more and more severe, and I naturally started to depend on my friends more. I started liking someone, so that helped me survive through this time. However, my grandmother said that I was crazy for guys and, after a very heated argument, started beating me with a clothes hanger. She then bit my hand and I still have a scar from that on my right hand.

Every day seemed like hell. I thought that dying would be more comfortable than this life. I wrote a will and tried to self-harm in every way that I could think of. I cut my wrist, strangled myself with a shower head, but I failed every time. I think there was at least a little will to live in me.

A few days later, my grandmother discovered the will and yelled at me for writing one. In that moment, I thought that my grandmother maybe cared about me to some degree. But, in reality, she yelled and hit me for not including her in the will.

When my brother, my grandmother, and I went to a trip to Northern Europe, my grandmother called me to her room and told me that my mom should not have given birth to me. She hit me with clothes hangers and strangled me.

What is even more absurd is that she would try to cover up her actions by saying that she had to discipline me because I didn’t listen to her at the time. It’s like a violent bully at school trying to defend their actions by saying it was all a ‘joke.’

I received an achievement award for my mom some time later and prepared for my life abroad. I remember filming MBC’s documentary “Love” at the time as well. I had to pretend to be happy, which was so difficult.

With little time left before my departure to the States, I met with Aunt [Hong] Jin Kyung and ate at Silla Hotel. I secretly gave her every sign that I could to tell her I didn’t really want to go. She sided with me and expressed that it would be better if I stayed in Korea. Afterwards, my grandmother cursed and said, “What is she to butt into other people’s lives?”

Aunt [Lee] Young Ja then told some reporters in order to figure out a way to help me. My paternal relatives said that they will not take care of me because I don’t even share the same last name.

When I moved to the United States, I thought I was going to stay at a family friend’s house but it was more like I was being adopted. What was more serious was that the family that I was staying with was not stable. I can’t reveal much details about this but, since I was in a foreign country, I was even more scared.

I continued filming for the documentary in the States. I then realized that the school I was going to attend was run by a cult religion. I was so scared and was worried whether I was able to adjust to my new life.

I really thought there was no way I could proceed so I asked my grandmother if there was any way I could move back to Korea. She surprisingly complied and I returned to Korea.

After returning to Korea, I was blamed for everything. I wanted to reenter the elementary school that I attended before I left but it turned out that I had been expelled from the school, instead of transferred out.

I couldn’t even go to school for a couple of months because of this. My grandmother wanted to send me to the international school that my brother was attending. I was mentally exhausted from studying a lot already, but the burden of having to prepare for admission into an international school added even greater pressure.

Every day was exhausting and tiring.

One Sunday morning, after sleeping late the night before from studying, my grandmother started accusing me of being a thief. She was preparing to go to church that morning, and realized that her eyeliner went missing. She accused me of being a thief from a young age and hurt me.

For the time being, I will write this much. This is August 5, 2017, 1:55 a.m. KST. Our entire house is a mess to the point where the police came to find us. I think I would feel so wronged if I were to die without revealing this truth. Thank you for reading this long post. Please save me.”

Many are currently sending words of encouragement to Choi Joon Hee on various SNS sites. Choi Joon Hee has since deleted the post from her social media account.