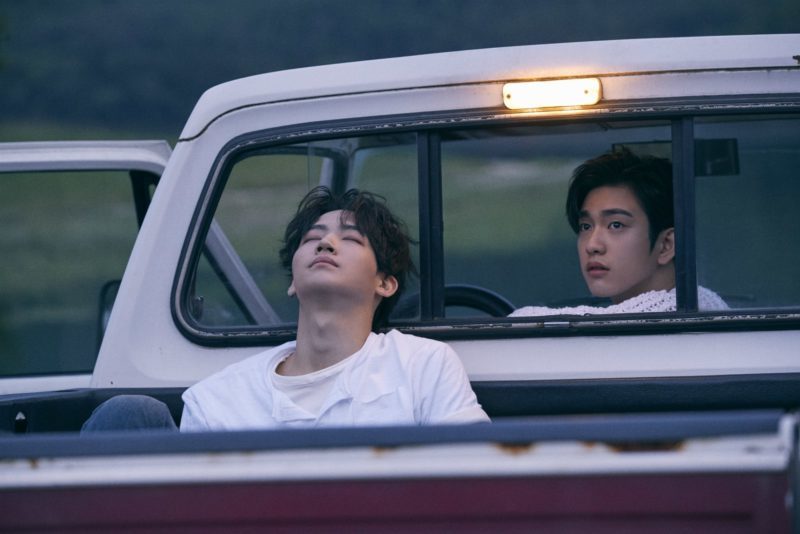 JJ Project is back after five years with their new album “Verse 2”!

Putting the wild and fun energy of GOT7 aside, this new album shows the growth they’ve experienced during those five years. They participated in composing and writing the lyrics for all eight songs in the album.

At an interview, the duo revealed that this release is meant to show people that GOT7 can tell these kinds of stories [through their music], and another unit from GOT7 may possibly come out after JJ Project.

See Also: JJ Project On How They’ve Changed And Why They’re Sorry To GOT7

JB also revealed that GOT7’s comeback is coming up, saying, “It will probably come out soon. We have some work for GOT7 scheduled during our JJ Project promotions, like gathering music and other things, so we’ll be back soon.”

The interviewer asked how the other GOT7 members felt about JJ Project, and how JJ Project felt about being called the mother and father of GOT7. Jinyoung said, “The members really really liked it. They even recorded a video of our showcase, and we had no idea. I was really touched and thankful about that. As for calling us ‘mother and father,’ I think the members are just making fun of us because we debuted first and nag a lot.”

JB replied, “Everyone reacted positively. The members were more excited than we were. Actually, when we heard that we’d be promoting as a unit, everyone was surprised. The other members also have hopes of promoting as a unit or solo, so I felt careful and apologetic about it. But in contrast, the members were happy about it, and they gave their opinions on what they think of JJ Project,” to which Jinyoung added, “They were like producers. They told us a lot about how to work on the album. In the case of Mark, he told us that we had to do well in order for the others to do well, putting a burden on us. It was a positive burden that helped us make this album.”

The two singers then revealed how they changed during the five years since their first album “Bounce.” JB said, “While preparing for this album, I feel like my attitude in preparing an album has changed a lot. I still don’t know much, but in the past I didn’t know anything and was just happy about work. Now, I pay closer attention to creating a better album. I realized that [the album] goes out with our names on it, and in general, my affection for our album has grown. Rather than calling it a heavier burden, it’s more like an increased sense of responsibility.”

Jinyoung shared, “Like JB said, my attitude regarding music has changed a lot. In the past, I only worked hard on the things I was asked to do, but now I think hard about how we can make better music and a more high quality album. The range of things to worry about has grown. Before, I only thought about our performances, but now, we have to think about our music, performances, outfits, and lots of different things, so I feel like I’ve grown, compared to the past.”

See Also: GOT7’s JB And Jinyoung Describe What They View As An Ideal Romantic Relationship

Taking their next step in songwriting might mean that they should have experience in love, but they explained that JYP Entertainment’s rule had prohibited them from dating. JB explained, “The timing is really funny because when JJ Project was two years old, we debuted as GOT7, and we were told that we should have the mind of a rookie and were told not to date for three more years. So that’s how we’ve been. We’ve been through this for two more years than the other members.” Jinyoung commented, “Well, it’s a promise, and promises should be kept, so we kept it up.”