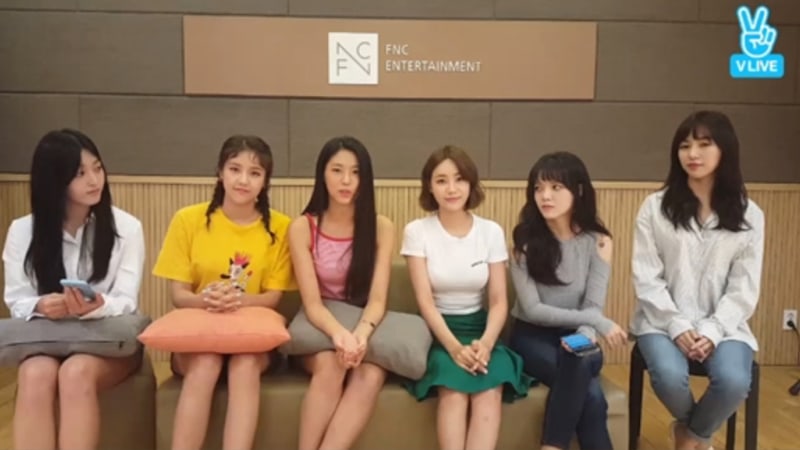 AOA recently went on Naver’s V Live to reconnect with fans before their upcoming fifth year anniversary on August 9.

In the beginning, Seolhyun expressed her excitement and said, “We usually only get together with all the members when we have a schedule to attend to. It’s nice to see everyone in the same room again.”

Then, the members responded to comments and questions from their fans. When one fan commented on how Chanmi looks even prettier than before, she responded, “I think that’s just the photos. In real life, I still look the same.”

Finally, when asked about their comeback, Jimin answered, “Right now, we are focused on our individual activities, but stay tuned.”

Are you excited for an AOA comeback?