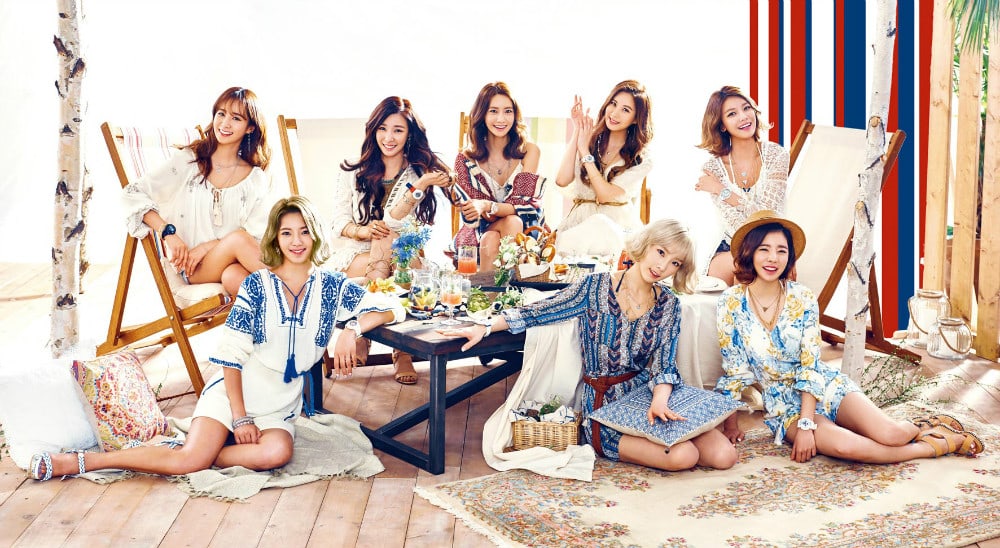 It seems that even the employees at SM Entertainment are SONES as well!

One of the photos is a group shot of the employees all wearing pink Girls’ Generation t-shirts while holding banners that say “CONGRATULAT10NS! GIRLS’ GENERAT10N” in front of their office building. Through Facebook, the company said, “We’re cheering for Girls’ Generation’s sixth album ‘#HolidayNight’ together as one!”

Meanwhile, Girls’ Generation made their long-awaited comeback as a group with their album “Holiday Night,” with title tracks “Holiday” and “All Night.” The group will also be making a highly-anticipated appearance on “Running Man” this week.

Girls' Generation
SM Entertainment
SMTOWN
How does this article make you feel?